After wrapping up our lives as we knew them, the days leading up to our trip were busy and, dare we say it, stressful. Alee cannot remember the time before this that he was so stressed; the penultimate day had a really weird effect on him: he was literally running around the house from job to job. Alee doesn’t think he’s ever done this before and blamed the fact that he is a practising perfectionist. Still… bicycle touring the Netherlands was on the cards!

The airport was a horrible experience for Alee. We were overweight and oversize, and we really didn’t like the prospect of paying hundreds of dollars to carry our gear overseas. Our carry-on baggage consisted of about three bags each, including one bag that must’ve been 15kg – full of compressed clothes. For more details on our airport experience read Kat’s account HERE. 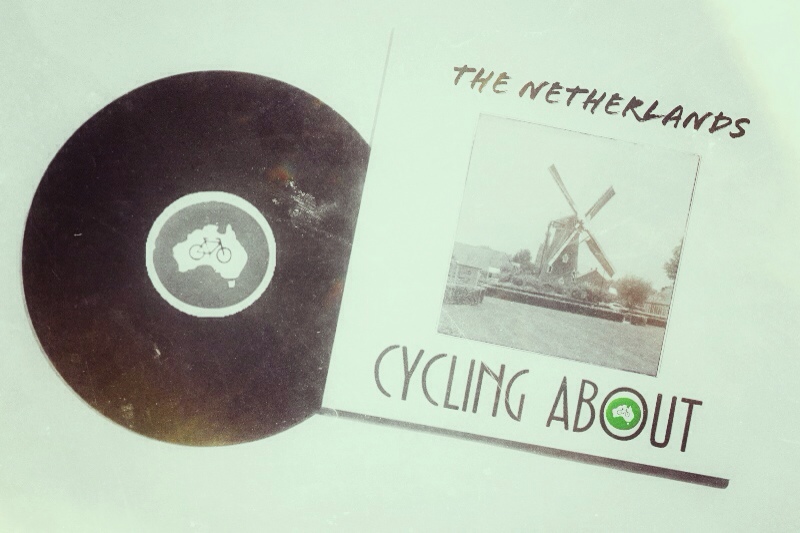 Our journey to Amsterdam from Australia was smooth flying. We had three eight-hour legs which broke the 30-hour trip up well. We left in the late afternoon of one day and were in Europe by midday the next – allowing us to go to sleep at the right time in the evening. No jet leg is awesome!

After 30 hours on the plane, we collected our gear and proceeded to build our bikes in the airport foyer. Our hearts dropped slightly when Kat’s bike box came into the airport completely open, but luckily everything was still in there. We opted for an afternoon ride to Delft, rather than taking a train (Alee loves bike riding way too much). According to the maps, the distance was no more than 40km and the terrain was, in true Dutch style, flat. 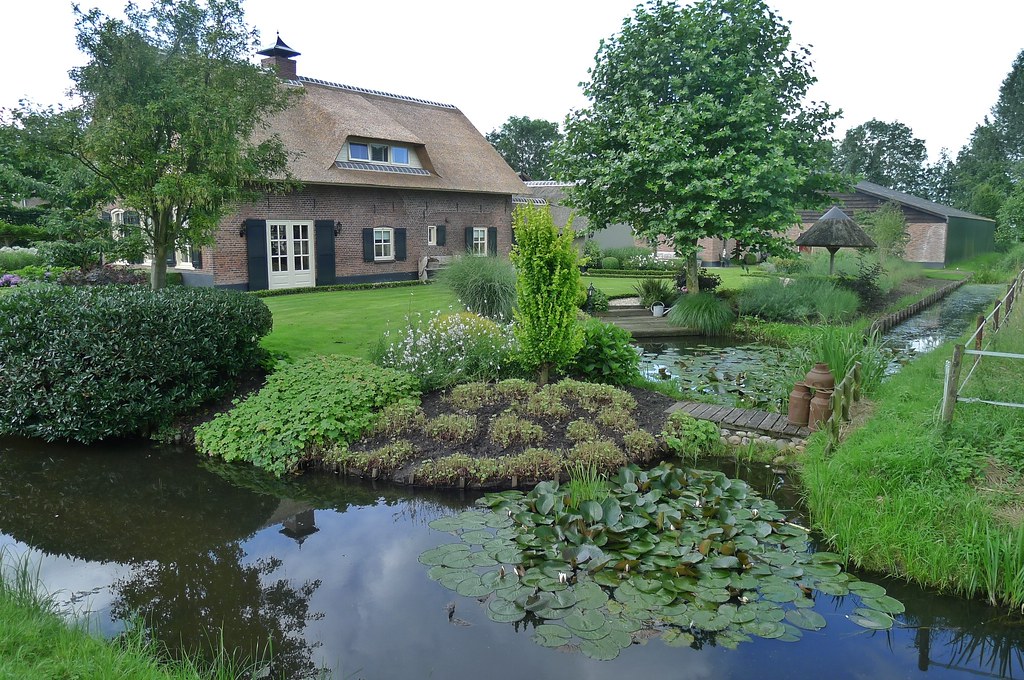 It turned out that the cycling routes in this part of the Netherlands are nowhere near as direct as the roads. This is probably the only disadvantage of an otherwise brilliantly designed, quiet and safe bike path network. Our ‘two-hour max’ ride ended up being closer to 70km and four hours. Not a bad effort after travelling halfway around the Earth.

We organised to stay with Alee’s-mum’s-cousin, Marian, in Delft. Alee has known Marian all his life, as she makes the long journey to Australia every four years and spends a decent chunk of time with his family. Marian made us very welcome, cooking us food and leaving us her own bed. We opted to stay with her for a week to ensure that we were comfortable when we officially started riding around the world. 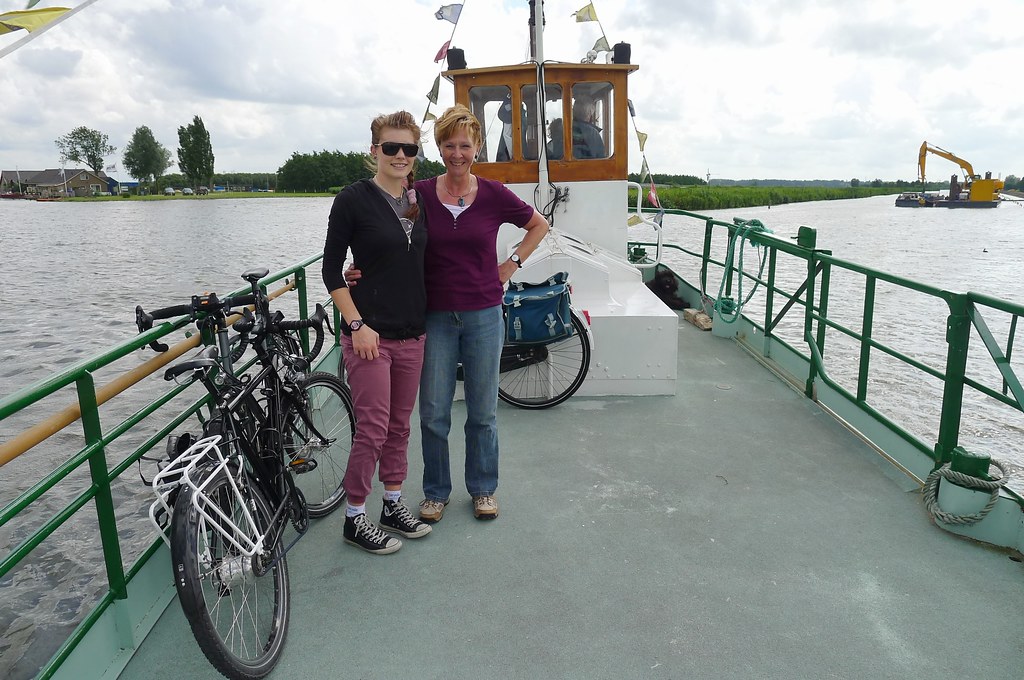 Delft is a very picturesque town. The canals, tight narrow streets, liberal use of stone, old buildings and quaint shops all contribute to the wonderful feel of this amazing place. We also spent time doing day trips to nearby cities and towns, sampling the amazing food and getting a feel for Dutch culture. For Kat’s birthday, we went to one of Alee’s childhood favourite restaurants, T’sonneje Pancake Restaurant. The food was just as good as he remembered, although not quite as large!

Once Marian had some time off, she invited her niece Steffie as well as us on a drive south past Rotterdam to see the large dykes which prevent the Netherlands from flooding. 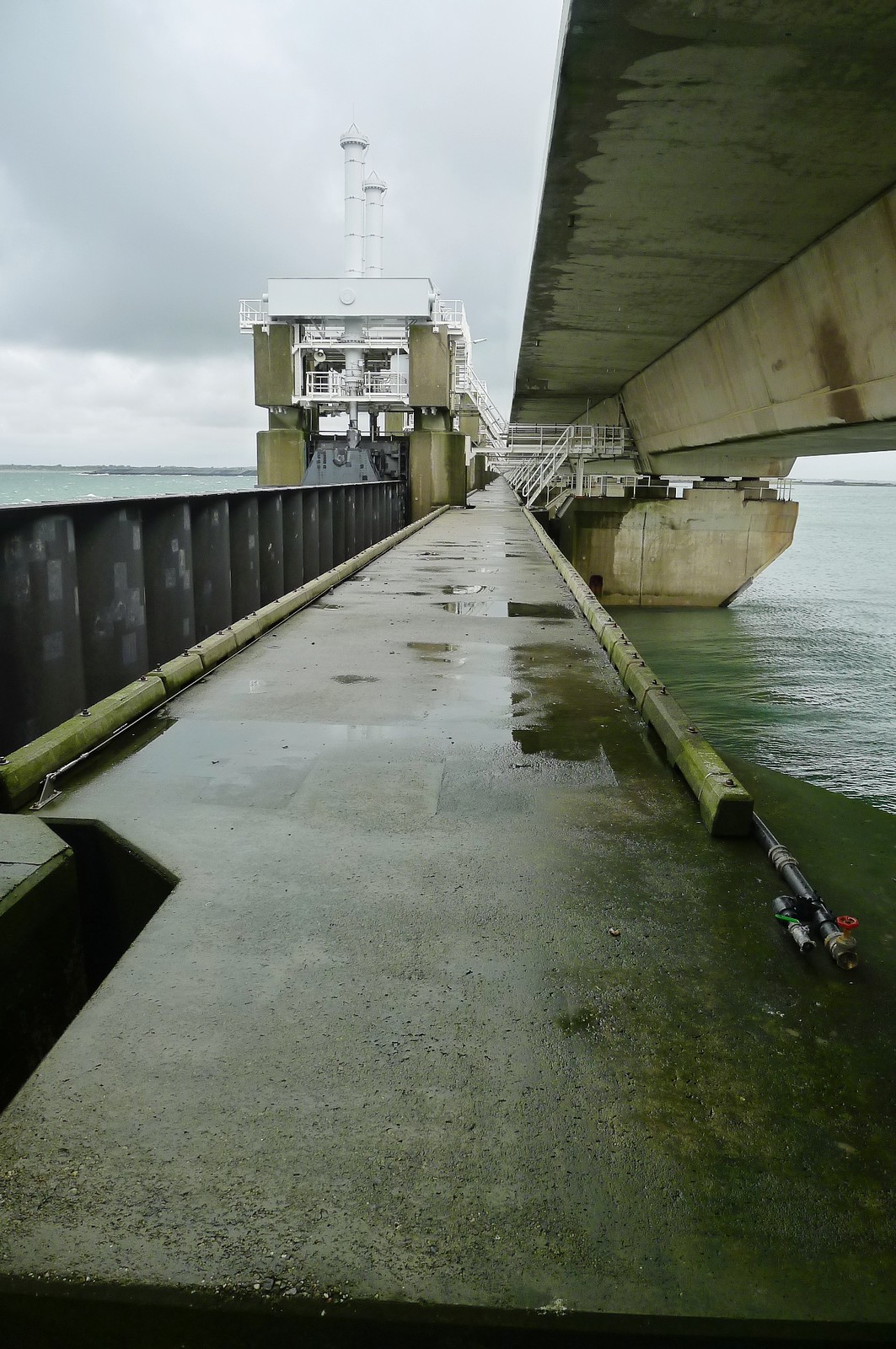 Steffie had to pick up something from her apartment in Middelburg – luckily it was another gorgeous town worth visiting. When Kat was hurriedly getting out of the rear seat of our two door car, her foot got caught in the front seatbelt causing her to fall onto the cobbles with all of her body weight on her left knee. We picked her up and cleaned the scratch on her knee, thinking it was nothing more than a bruise. A more in-depth account can be found HERE.

We found out a month later in Germany that she had in fact broken her knee in two places from this impact. 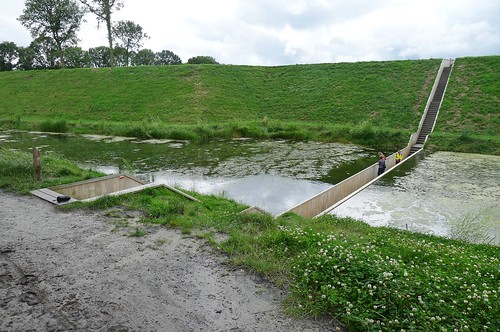 As Alee’s background is Dutch, we caught up with quite a few relatives during our stay. Marian’s sister Helene and her family hosted us for dinner on more than one occasion (spending time with them once was just not enough) and we also caught up with Bert and Wilma who live in the Dutch countryside nestled in a glorious garden. Other than enjoying Bert and Wilma’s garden, we went for a boat ride around the canals with them. Read on HERE. 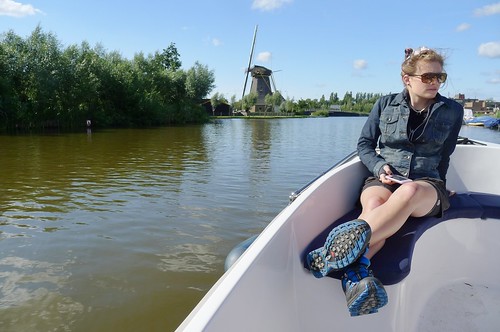 After one week of getting used to our new life, we started our real adventure, by riding back to Amsterdam. Unfortunately the day we decided to start to ride was very, very wet and was not the European summer dream we were hoping for. We arrived into Amsterdam completely soaked through (drowned rats) with no plan for accommodation. Most of the cheap hostels were booked out, so we ended up shelling out our most expensive night yet (even after six months) in a 12 bedroom dorm! 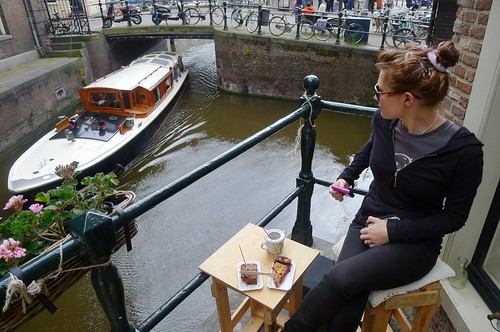 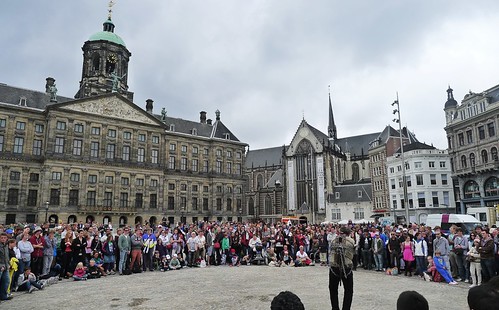 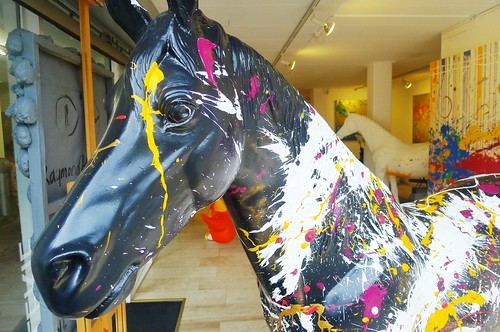 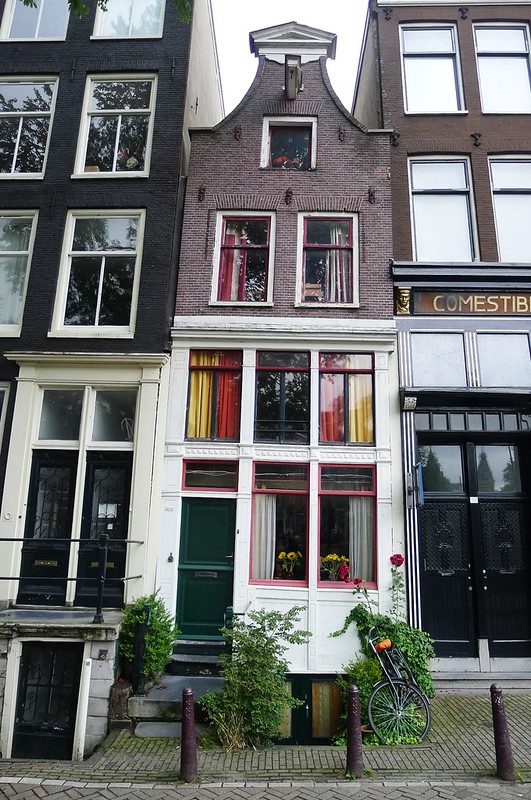 Not to worry, Amsterdam is an incredible city and was well worth the money spent. We were obviously riding in urban cycling Mecca, looking at the incredible architecture and eating tantalising treats in this creative city. Everywhere we looked there was something interesting to see. Great vibes coming from everywhere. For more, read about Kat’s experience HERE.

For a few video clips from Amsterdam, click HERE.

Life On The Road While Bicycle Touring The Netherlands

It was only after we left Amsterdam that we got to use our tent at a beautiful old fort! Read about our life bicycle touring the Netherlands HERE.

Beeped Off The Freeway

In Australia, you’re lucky if there is back road that takes you to the next town. It is more often than not that you’re riding along the side of the road (sometimes a freeway) with cars hurtling past at 100km/h.

We stupidly (in hindsight) tried to forge our own cycling route south to Belgium from Amsterdam. We knew of the long distance bike routes in the Netherlands but didn’t consider them as essential. Well, they ARE. We wanted to get to a town about 50km away as the crow flies – but a series of freeways, farms and canals stood in our way anytime we thought we were getting anywhere. It was incredibly difficult to navigate when cyclist-proof barriers (canals, freeways, housing estates, woods) kept popping up. The Garmin GPS even carked it in anger. HERE is the story.

After incredible frustration, we decided to take the most direct route – the freeway. The moment we hit the asphalt, cars and trucks were beeping as they passed, and not in a friendly kind of way. We found a b-line down a ravine off the freeway before the first exit. We didn’t even last 2km. By day’s end, we hadn’t ridden halfway to where we wanted, and we learnt the lesson to never ride on a freeway in Western Europe. 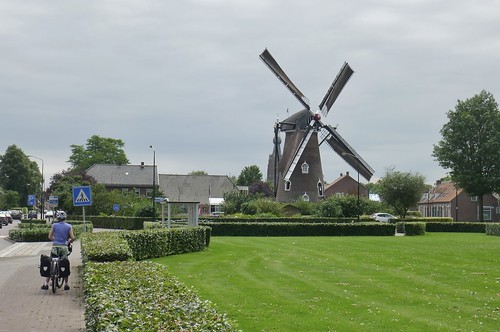 Head HERE to see all of our photos.