Life on the road

It is only the first day in the tent, despite leaving from Australia over a week ago. I have REALLY missed the tent. Everything from the rain pitta-pattering on the ultra thin fly to the freedom of choosing precisely where we will lie when we close our eyes at night.

What I do not miss from the past week is lugging all of our gear around the five-storey, 536-bed hostel in Amsterdam, packing before 10pm for each day so as to not wake the other nine intrepid travellers in our room. And having no kitchen facilities – surely our $45AUD dorm charge would allow us a stove and sink to whip up something delicious? 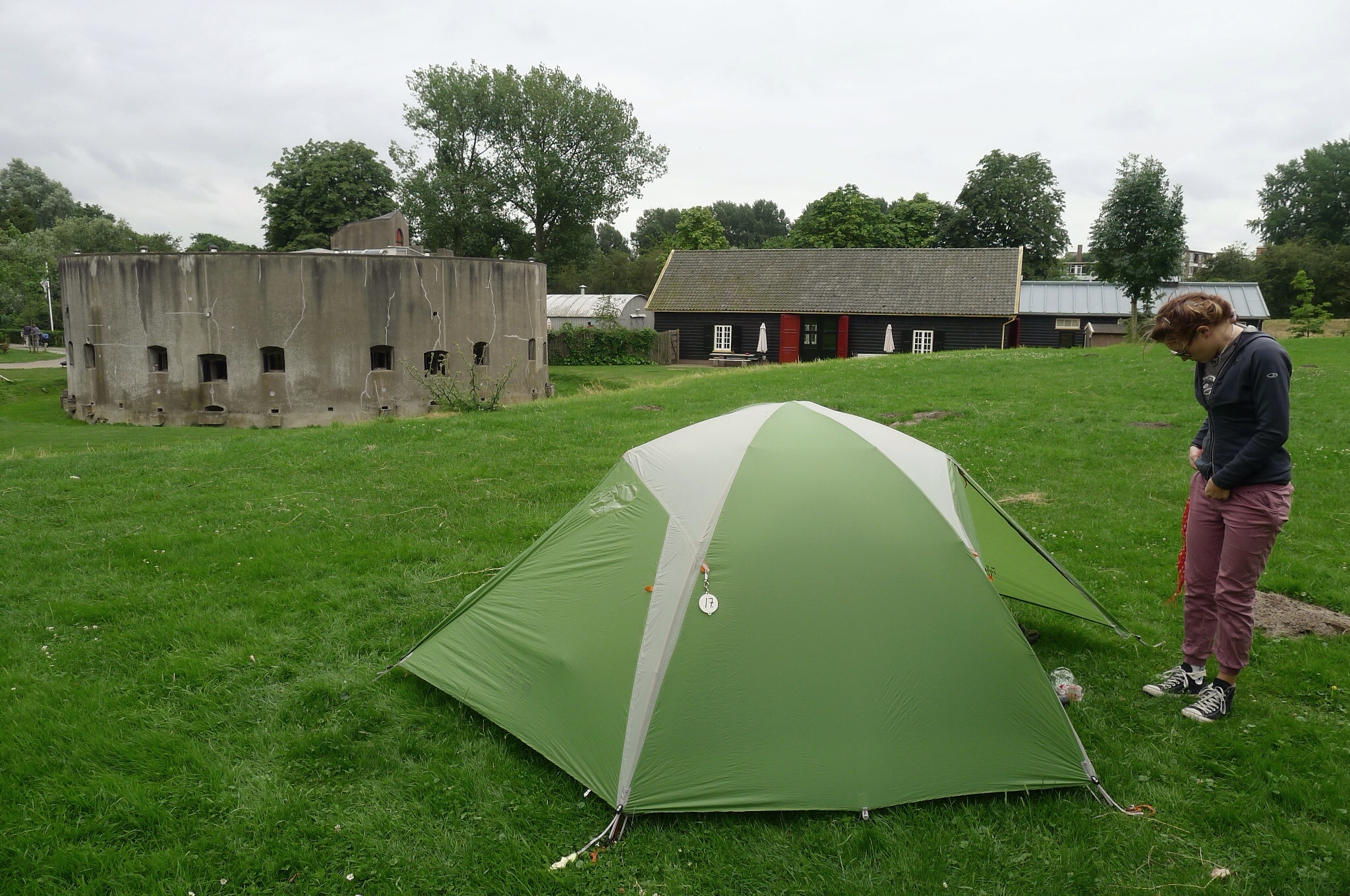 We are still super awkward with how we pack, the order of which we do things, our preparation for the days riding and pretty much any other organisational matter for travellers. We are learning though and every day is becoming slightly easier as we find lots of neat little shortcuts to maximise efficiency. I am really excited for the day we achieve maximum efficiency!

The life of a bike in cycling nirvana

Cycling the Dutch roads is a delight for the bike. Bikes needn’t be afraid, as they rule the roads; they are the crown-wearing royal family of the traffic world in cycling nirvana. So much so that when the bicycle approaches an intersection, it rarely needs to hesitate; the chances are nearing 100% that the pedestrians and cars have already seen the bicycle, despite it’s relatively small presence. 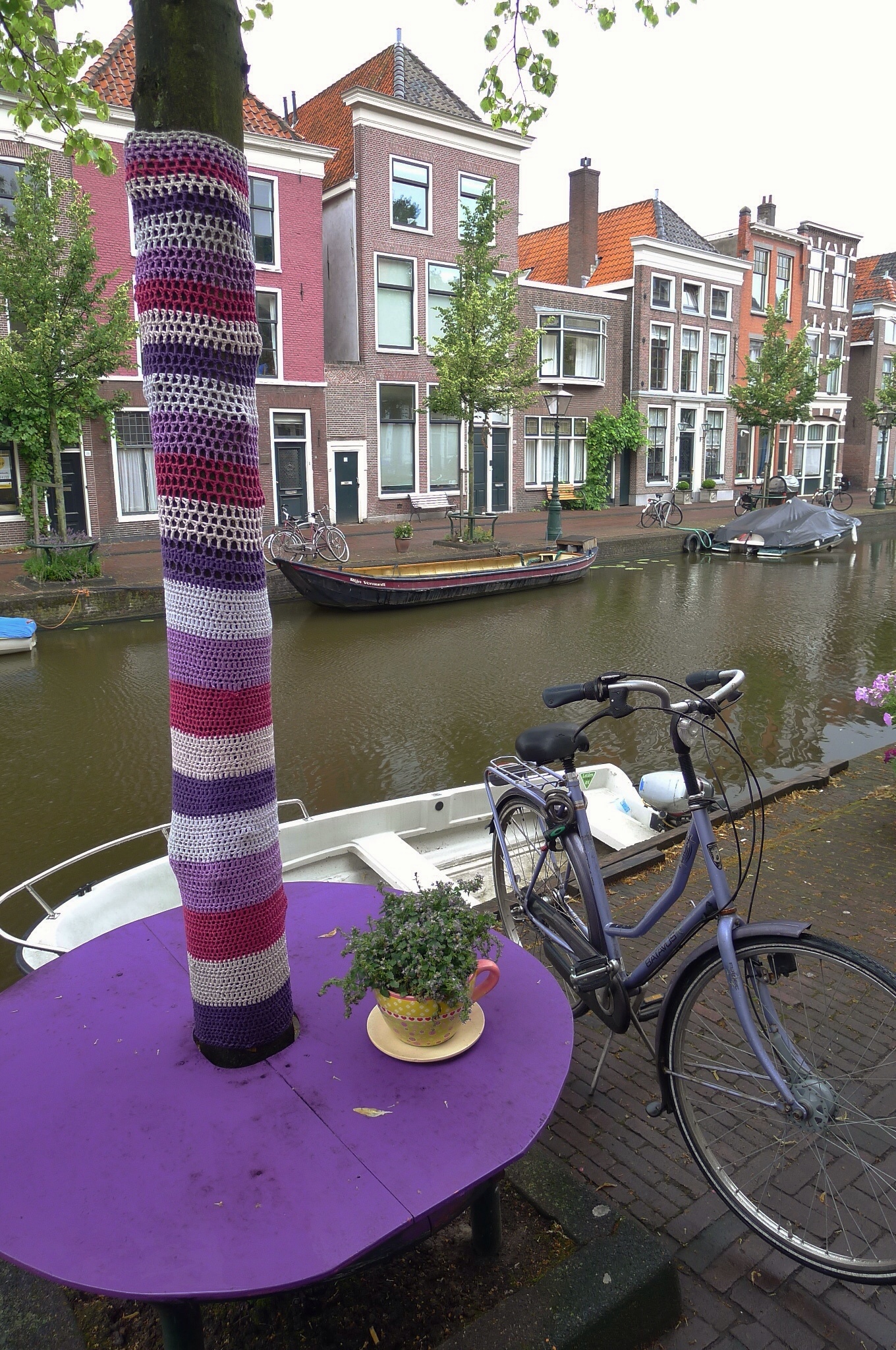 Drivers of motorised vehicles are somewhat afraid of the bicycle for more than one reason; firstly, bicycles carry outer-shell-lacking, defenseless human beings (and sometimes chimpanzees, but maybe restricted only to circuses), all of which can be squished dead by the motorised vehicle; secondly, if the bicycle is hit, and even if it is the bicycles fault, the driver is still partially liable to some costs; and finally, it is truly embarrassing to hit a cyclist with a car, because all drivers are also cyclists.

The bicycle brand or quality is not important in cycling nirvana. Neither is the bicycles weight. Cycling nirvana has no inclines or declines except on bridges over the extensive canal network. The bicycle is often left out in the rain or snow, but doesn’t show many signs of sadness except the odd leaky tyre or browny-gold dry chain. The bicycle is so simple in cycling nirvana that it will operate all the time, unlikely to break down. When the bicycle is no longer needed, it is left on the street ready to wait our the rest of its life, or to be accepted by a drunk or otherwise untrustworthy human.

The bicycle has its own road network and accompanying infrastructure in cycling nirvana. It can travel anywhere it pleases without drivers of the car being at all inconvenienced by the passing of cyclists on tight and windy roads. But be aware, the bicycle network is rarely the most efficient way of reaching a destination; instead it is often scenic allowing the human or chimpanzee to experience nature and the world the way the bicycles inventor would have desired.

Boating the canals with other ‘boat people’

We spent some time with some distant relatives of mine, namely Bert and Wilma, in Schipleden. Our “one hour” stop turned into eight without even trying as we discussed the differences in culture, relationships, politics, world views and people between Australia and the Netherlands.

Techniques employed from “The Secret” (where we think positively about things happening and they come true) may have had something to do with the morning rain clearing and beautiful blue skies opening up for the afternoon. Or maybe it was just that the rain had blown over. Either way it was a nice day now.

We hired an electric boat for the afternoon, a perfect weapon for spotting wildlife and humans due to its lack of engine noise. We spotted everything from an extensive collection of bird species floating and playing in the summer water, to various species of boat people. Not the boat people you get in Australia though. 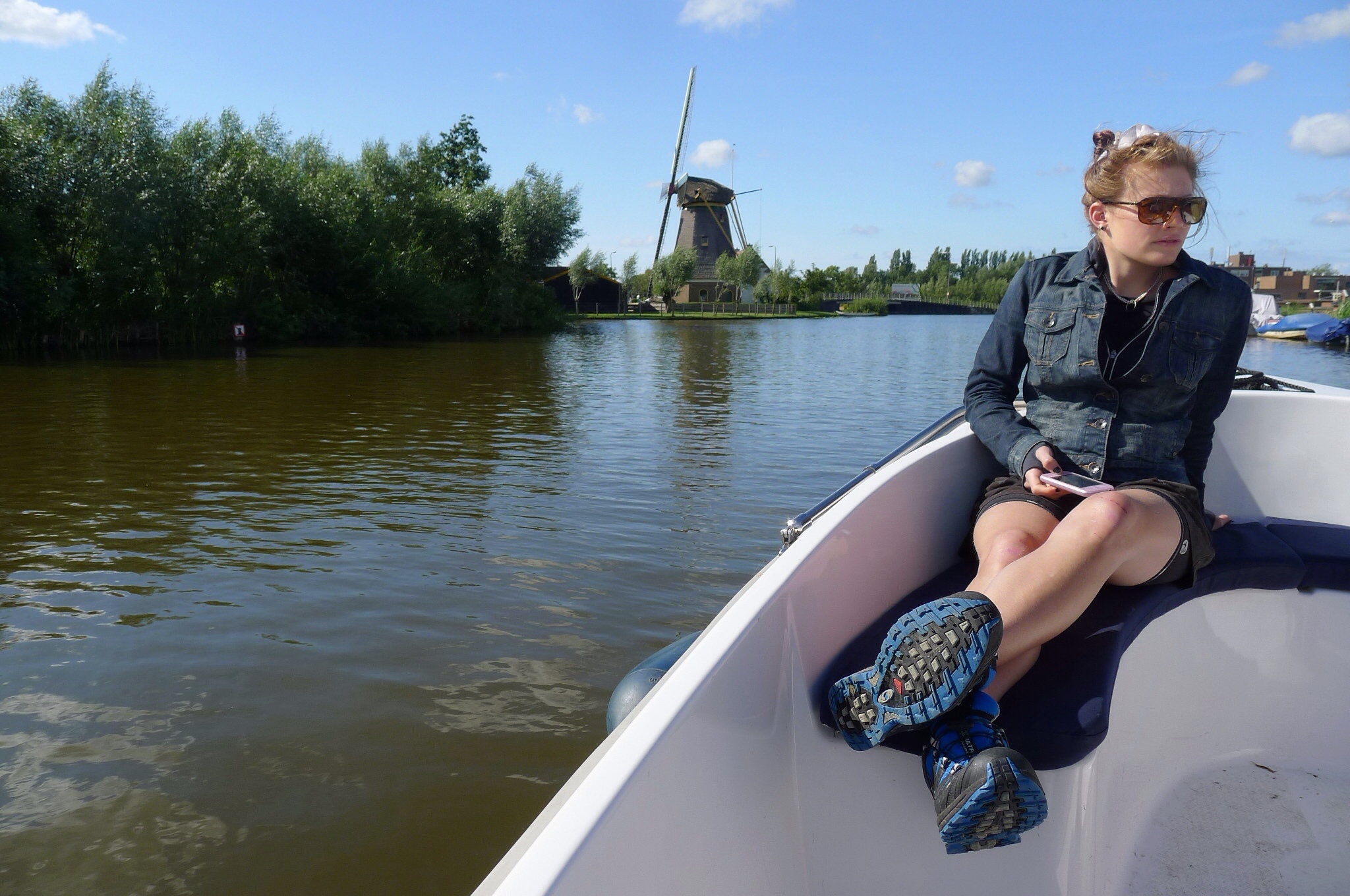 The boat people included; the ‘sick’ guy sitting low in his seat, single arm stretching a long way to the steering wheel and other arm stretching over to his nonplussed partners shoulders, as he cruises at 5km/h; the cap’ain complete with sailing hat and sailing shirt, and associated guests on a faux wooden boat, the water scouts travelling twice the speed limit and as a result sending waves everywhere, whilst yelling at each other exceeding the unwritten decibel levels; the slightly weird folk that live on boats, sometimes getting about as overweight men, donning just a g-string; the ferry-carrying herd of restaurant-paying, very talkative and possibly drunk humans; and the tourist-tripping people who are just out for a nice cruise along the canals, peering down at the land which lies below the water level. We were the latter.