My friend Campbell and I decided it was a good idea to ride around Myanmar a couple of years ago. This five-part blog post will give you some insight into the things we learnt, the stories we heard, the people we met, and the history behind many of the things we saw.

Traditional kingships and local governments have occurred since people populated areas of Myanmar. This was until the 19th Century when the Brits stripped the authority from these people and began their colonial administration. The union of Burma finally achieved independence of the Brits in 1948. 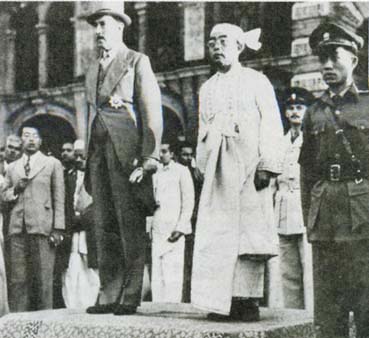 A military-dominated regime led by the ‘Burma Socialist Programme Party’ held power. There were no free elections, and freedom of expression was almost entirely denied. Resistance to the regime occasionally occurred. Torture, political imprisonment, and other human rights abuses were common. Throughout this period, guerrilla wars with ethnic opposition groups continued.

Under the parties’ way to socialism, the country’s economy steadily deteriorated, and by mid-1988, rice shortages and popular discontent reached crisis. The police slaying of a student sparked demonstrations by university students that were soon joined by monks, civil servants, workers, and even policemen and soldiers in cities and towns all over Myanmar. Hundreds of thousands of people nationwide marched to demand an elected civilian government replace the party regime. Soldiers fired on crowds of unarmed protesters, killing thousands. 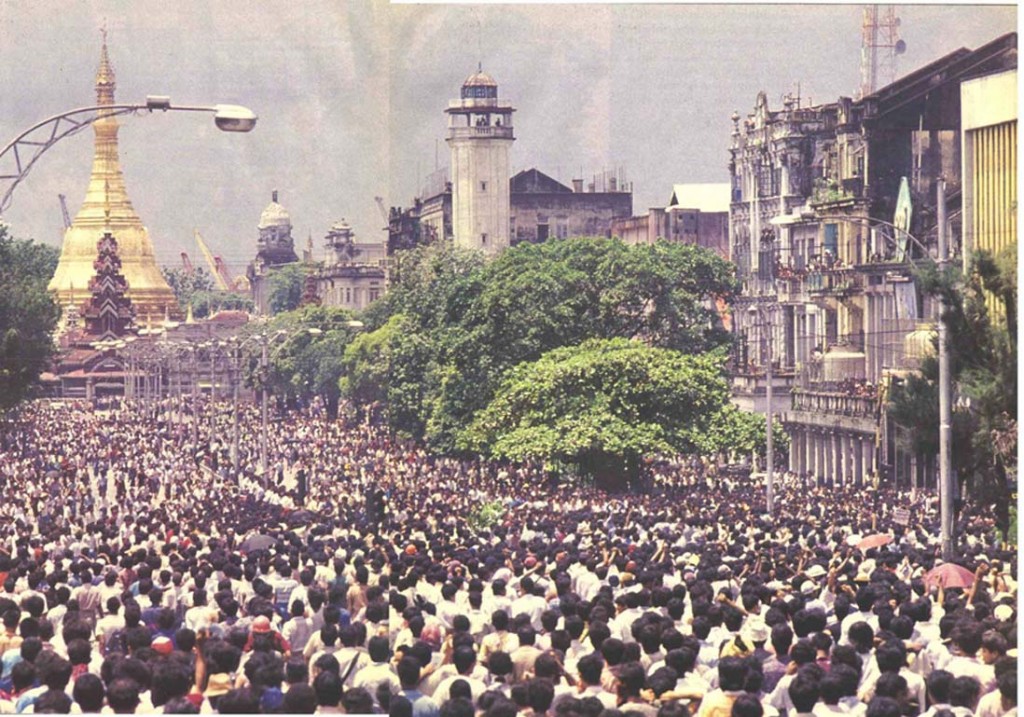 The junta’s next action was to open fire with machine guns on demonstrators in Yangon and other cities. The carnage was immense. While the exact number will never be known, it is estimated that as many as 10,000 people were killed. Thousands more were arrested. Many were tortured.

Aung San Suu Kyi, leader of the most popular opposition party, was placed under house arrest in July 1989. Many other senior party officials were jailed. She is still under house arrest today, unable to speak to the public. The military junta operate all government situations in Myanmar, creating an exceptionally repressed nation.

1. The capital of Myanmar has been moved inland from Yangon to Naypyidaw in recent times, to protect both government officials and the capital city from sea invasion. The government is building underground bunkers 120m underneath the ground. There is lots of infrastructure under the ground, such as highways, gas supply, oxygen supply, oil, offices, meeting rooms and hotels. It has cost well over $9 billion to construct this feat, when there are people literally starving on the streets. Shop owners pay lots of money for licences to trade, for it all to go to a corrupt government who are not giving them anything back. 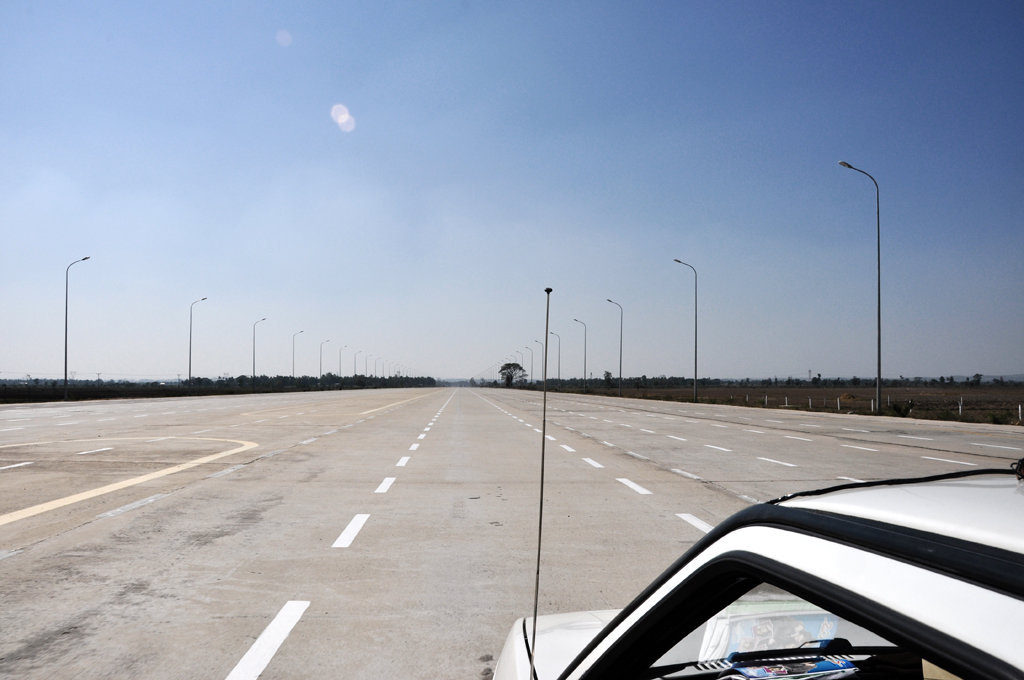 A 16 lane highway in Naipyidaw. Astonishing considering how bad the road conditions are in most of Myanmar.

2. The military general, Than Shwe flies his son to Singapore weekly for his education on a private plane.

3. In 2007, the monks of Myanmar protested peacefully in the streets of the larger cities. They did so in complete silence, walking the streets in large numbers whilst praying. The military junta opened fire on them, killing many. Not only did they kill the monks, but they killed anyone who was watching the protest including women and children. A lady we spoke to named Lily was in tears telling us about her friend from Yangon whose 10-year-old son was killed watching the protest. He was literally found dead next to a river, where he was watching the protest from a distance. Lily said her friend has not been the same ever since. Good people such as a man that Lily knew, who made clothes and donated food to prisoners of the protests, has ended up in jail with a life sentence even though he had nothing to do with the protesting itself and just had interest in the welfare of the Burmese people. 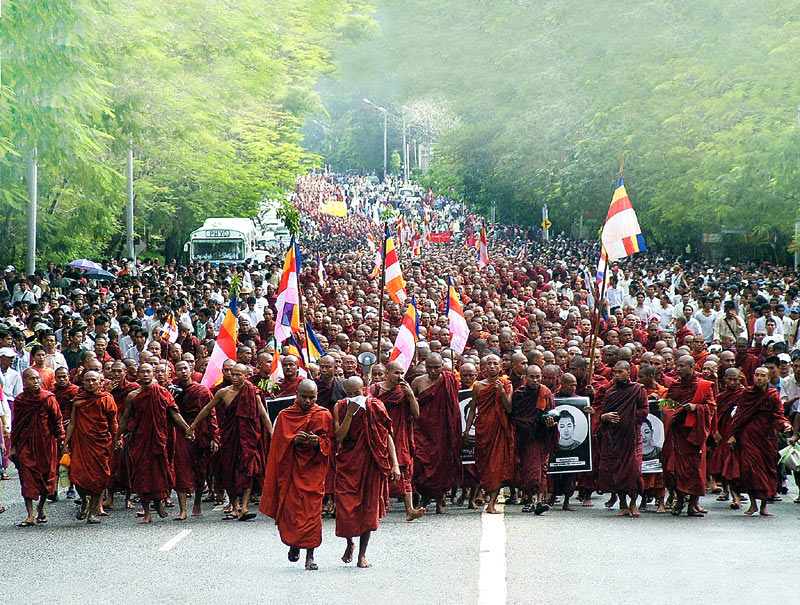 The 2007 protests in Myanmar were disastrous for many. The Burmese support was just incredible!

4. The elections in Burma are forced. Lily, a lady that operated a hotel we stayed at told us about how the government would pick her up in a luxury car and take her to the fancy new capital city. They would pamper her, feeding her with the most amazing food and allowing her to stay in the most beautiful hotels in Myanmar. The next day they would take her into a conference room and tell her that she was to vote for them. She would have to tell her family, her friends and those affiliated with her business that they would have to vote the military in too. The penalty for Lily if these people do not vote for the Junta is the revocation of her hotel license, which would ruin her livelihood. She would literally beg everyone to do that for her. Democratic? I don’t think so.

5. In the streets of every town there are spies who could be anything from an old lady sweeping the streets to a man selling ice creams to children. They are completely literate and educated in many languages, listening out for people bad-mouthing the Junta. Local people could wind up in jail without any warning. The only place you have freedom of speech is in your own home, with your family members or with any people that you trust.

6. If you want to buy a mobile phone in Myanmar, they are relatively cheap. If you want to own a sim card and phone number however, it is between $1000-$1500us. The tax is ridiculously high to stop as much communication in Myanmar as possible.

7. There are white, brown and black zones in Myanmar. This refers to the level of security in these regions, as only certain people are allowed to move within certain regions. Campbell and I would never be able to make it to a black zone without being killed, or put in jail. A white zone is safe for us to be in and the brown zones can go either way. The reason they do this is to hide forced labour, military bases, fighting, poverty, the drug trade and areas of forced evacuation for local people. According to Lily, it is often that the Burmese have some of the worst roads in the World. She believes the reason that they aren’t repaired is to stop people being able to travel quickly or at all, once again stopping information spreading. Furthermore, petrol prices are kept high in Myanmar to make it harder and more expensive for people living there to spread any information. If roads are going to be constructed, it is almost always through forced labour. In the northern region near China, it is said that the Chinese pay for new roads to be made in order to transport oil and mineral resources up across the boarder.

8. Apparently the man who swam across the moat to visit Aung San Suu Kyi, who was under house arrest at the time, was actually paid by the Junta. According to his ex-wife, the American would do anything for money. This allowed the government to have more leverage and keep Suu Kyi in jail for longer. 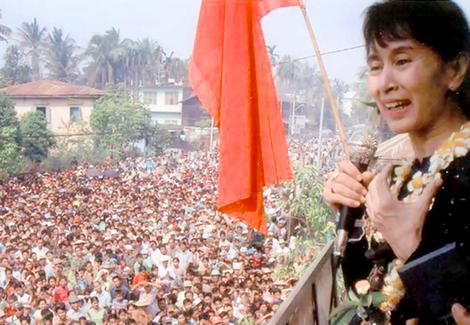 Aung San Suu Kyi is respected by so many Burmese for the work she has done for the country.

9. Lily could not fly out of Burma for less than $1000us, even though the flight itself is less than $50us. The tax on flights is purposely made very high to keep people from spreading information about Burma around, and to stop people from fleeing the country. Lily’s home country is India and she simply cannot afford to pay the government such ridiculous sums of money even to visit family.

10. Shop owners in Burma can expect to pay 50% of their earnings to the government, 30% to village and community health (only in some areas only where villagers are struggling), 10% to business costs, which leaves less than 10% of total sales for the shop owners. Burma is very rich in rubies, jewels and oil. People who deal with these products have to pay exuberant amounts of money for licences, and the government apparently just makes up new reasons for these industries to pay them more money when they need it.

Guide: Cycling from Thailand to India (2014)