If you’re old enough, or simply have a penchant for vintage bikes, you’ll know exactly how terrible rim dynamos of the past have been. That little wheel grinding away on the side of your tyre, making it feel like you’re riding in the sand, generating a tonne of noise, with a halogen globe threatening to blow at any moment… and just for a pathetic dim orange glow.

We can all acknowledge that this was a low point in bicycle power production, but hey, it’s 2020 and technology has progressed. As of this month, if you want to harvest power from your bike, the most powerful and most efficient way is using a modern rim dynamo.

In this resource, we will be examining the pros and cons of rim dynamos and we’ll be looking at the latest performance stats too.

How Do Rim Dynamos Compare to Hub Dynamos? 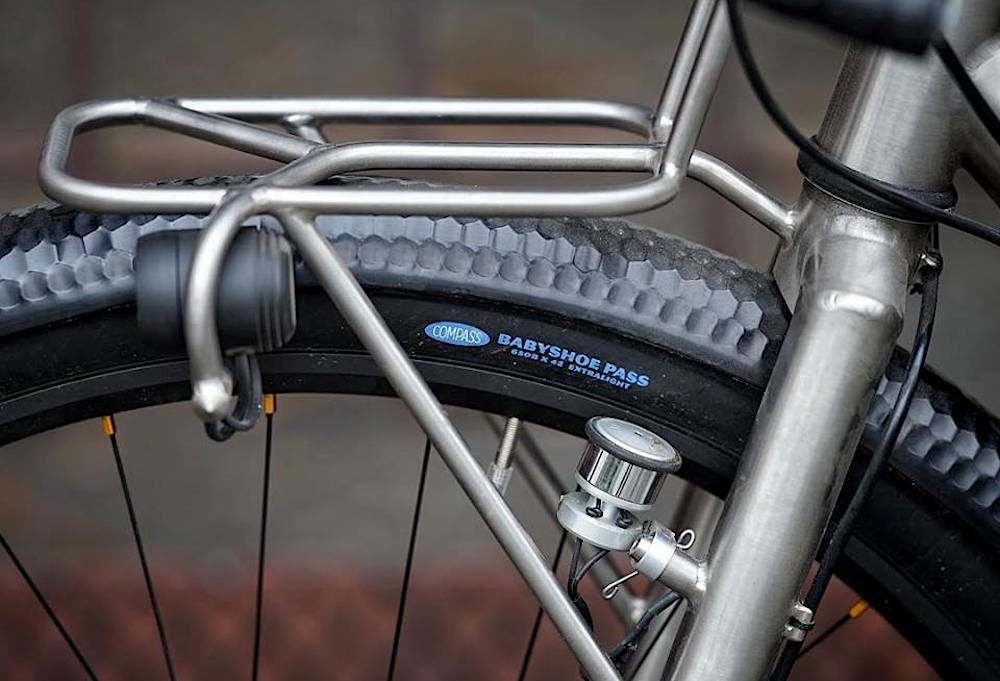 ADVANTAGES
– You can disengage the rim dynamo completely (dynamo hubs have 1-5 watts friction while spinning with nothing connected)
– You don’t need to rebuild a wheel if there is a dynamo failure.
– It’s an easy install and you can take it off your bike when you don’t need it (or transfer it to another bike).
– The best rim dynamo can harvest 40-70%(!) more power than a hub dynamo.
– The best rim dynamo is 10-20% more efficient than the best dynamo charging setup.
– The lightest rim dynamo is 200+ grams less weight than a hub dynamo setup.

DISADVANTAGES
– Rim slippage above 25KPH (this is only relevant if your plugged-in device is drawing lots of power).
– Rim dynamos make more noise than a dynamo hub (listen HERE).
– Regular replacement of the o-rings is required (3000-7000km is the estimated wear life).
– They probably won’t work well with rim contaminants (eg. thick mud).
– The most powerful, most efficient option is not particularly elegant.
– Only a handful of dynamo lights and two USB chargers are compatible.
– There could be a lot of drag at high speeds… if your plugged-in device is consuming high amounts of power (I’ll clarify below).

Rim Dynamo Products In This Comparison 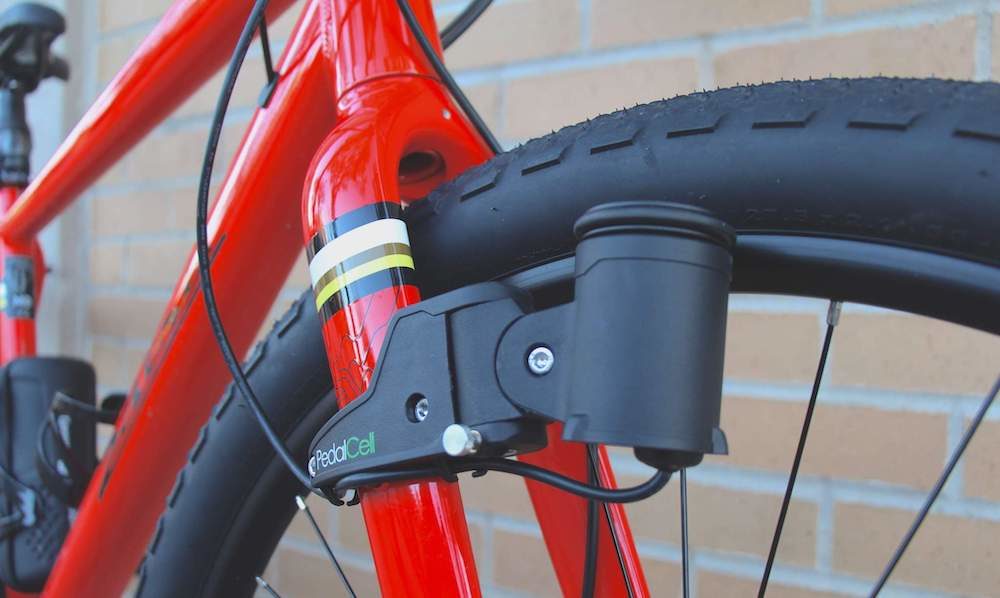 PedalCell Rim Dynamo and Charger Kit // US $299 and 450 grams
This three-phase rim dynamo is a charging-only kit with everything you need to start a bicycle power station! The “Smart Power Hub” simply attaches to your stem, and it has two USB-C charging ports – a “safety” port with 3-watts maximum power and a “high-power” port with more than 10-watts of available power. Inside is a series of supercapacitors that deliver a stable power output and can keep the power running to your device for about 30 seconds if you stop. 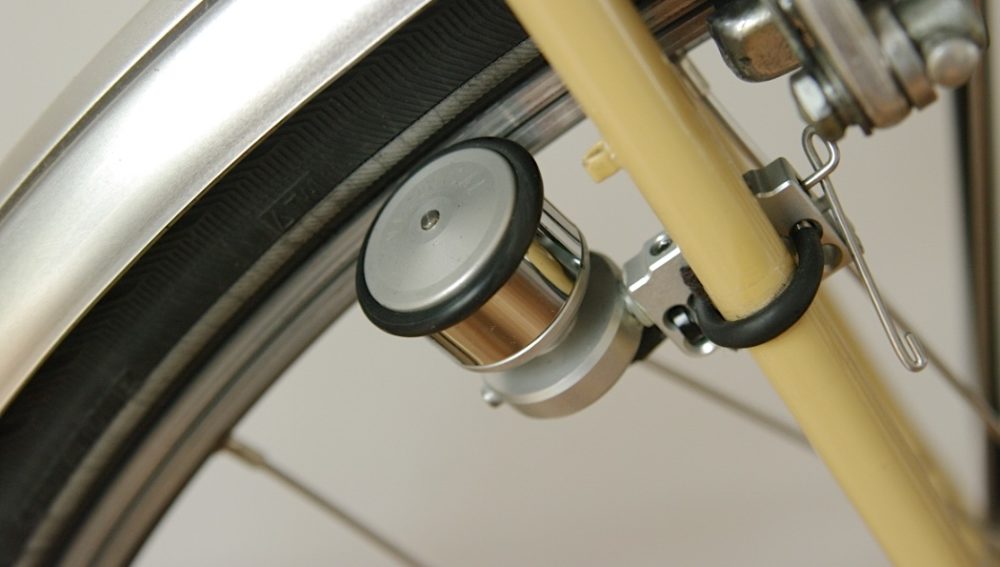 Velogical Special 3-Phase Rim Dynamo and Charger // €365 and 180 grams
This new three-phase rim dynamo from Velogical is designed specifically for low-speed riding and charging. It’s a much more versatile dynamo than the PedalCell, as it can be run with dynamo lights. There are two different charging options too – an in-house charger and an aftermarket charger (Forumslader), both incorporating buffer batteries for constant power flow to your device (if you stop at some traffic lights, for example). On top of its versatility, it looks good, and it’s incredibly small and lightweight – you can expect a charging kit to be under half the weight of the PedalCell.

Olaf Schultz and Andreas Oehler over at FahrradZukunft have done all the heavy lifting to make this data possible. Their rear frame triangle test stand is able to measure torque and speed, and take all the necessary electrical measurements (volts, current, power etc).

If you’d like to know more, the test rig is described in detail in the article, “Current rim rotor dynamos in the laboratory test”.

How Much Power Can A Rim Dynamo Generate?

The Velogical rim dynamo with the Forumslader USB charger is a bit slow to get started, but once it hits 15KPH, it has found its stride and is generating more power than the best hub dynamo charging system – although the additional power is a more modest 10% gain.

You can see the full FahrradZukunft results HERE.

Note: the PedalCell and Velogical rim dynamos were pre-production units sent in for this test. I’ve been in contact with both manufacturers and they are each claiming improvements over this already impressive data. Velogical says that their “Universal SQ” charger will hit approximately 4-watts at 15KPH and 7-watts at 20KPH. You can see the Velogical power curve HERE.

The Power Is Great, But Are Rim Dynamos Efficient Too? 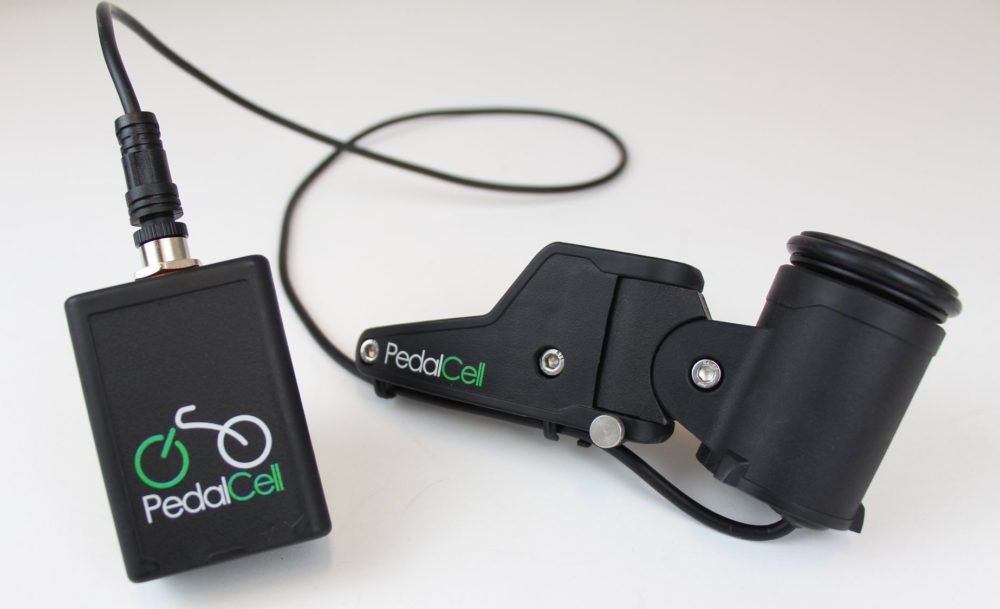 *These dynamo efficiency numbers are from a different test rig under a different testing protocol. In addition, less power was getting drawn on the hub dynamos, so please just use these numbers as a guide. 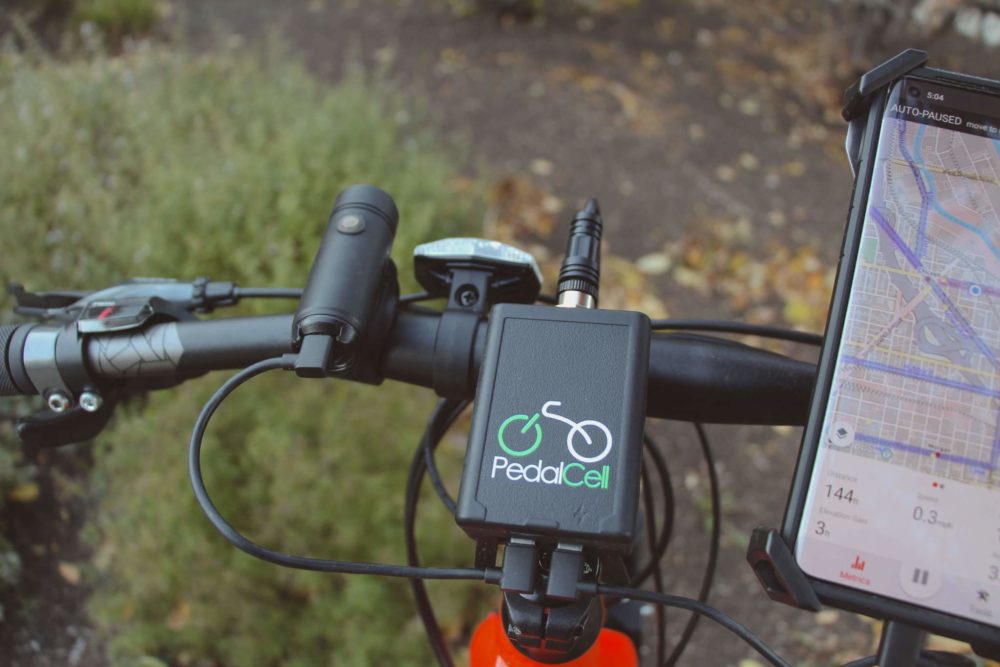 I’ve calculated the following numbers based on the dynamo drag at the wheel vs. how much output power is offered at the USB port:

How Quickly Can The PedalCell Fill A 5000mAh Battery Pack? 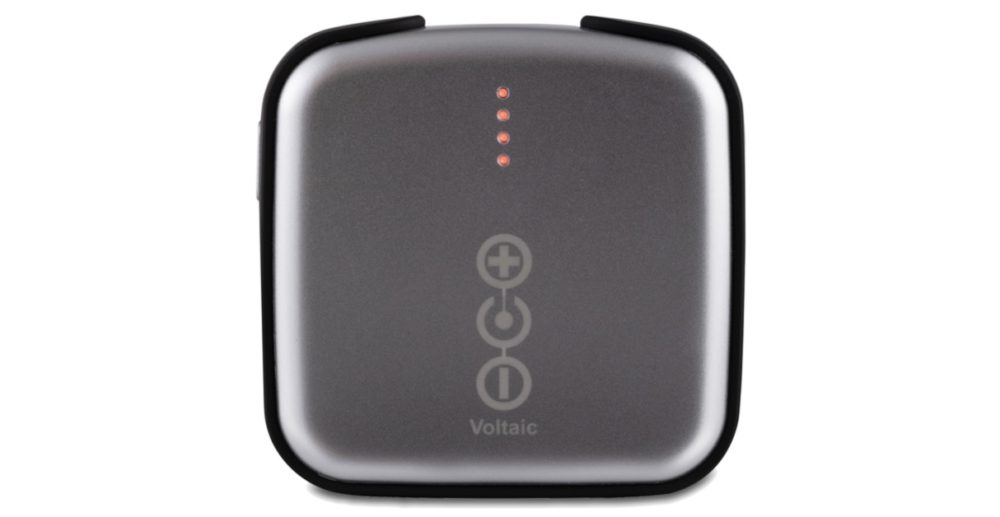 If you were touring at 15KPH, the PedalCell would be putting out 5V and 1.04A, which for an hour of riding is 1040mAh. A 5000mAh battery pack would then take 4 hours and 48 minutes to charge from empty.

However, there are also small losses in the charging circuitry, typically 10-30% of the total generated power. If we add 20% to the ride time (5 hours + (5 hours x 0.2)), we’re looking at 5 hours and 45 minutes of riding to fill the battery from scratch.

At 20KPH, the PedalCell will be putting out 5V and 1.46A, which for an hour of riding is 1460mAh. The same 5000mAh battery pack would take 4 hours and 6 minutes to charge, including the battery storage losses, at this higher speed.

While the efficiency is excellent, especially on the PedalCell, there is a high drag associated with these rim dynamos simply because of the high amounts of power they can generate.

But importantly, a rim dynamo will only have a high drag if your plugged-in device is drawing a high amount of power too.

I’d recommend charging smaller devices if travelling at high speeds, ideally things that require less than 5-watts of power. The PedalCell actually has a “safety” USB-C port which will only allow a maximum of 3-watts – that would be perfect for high-speed use. 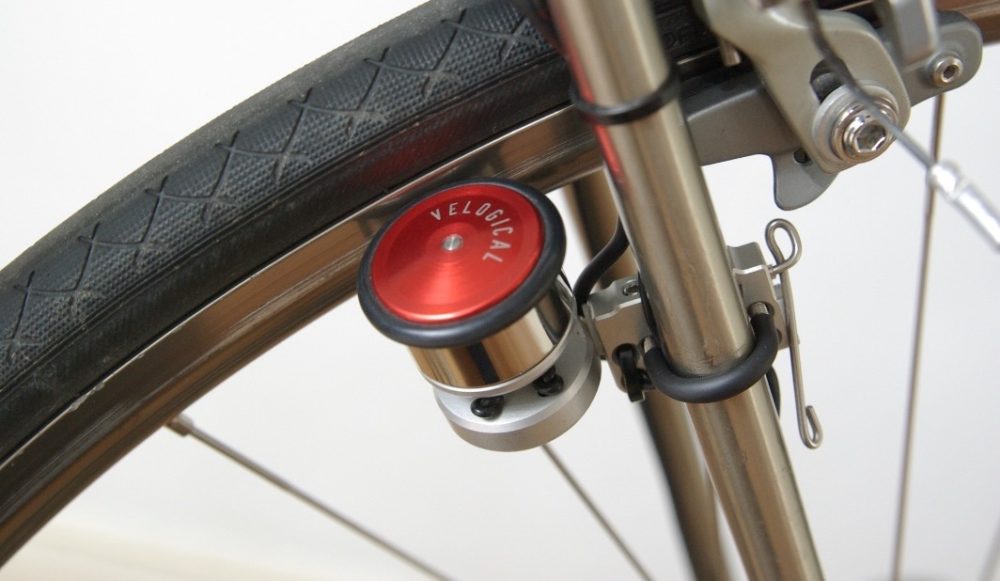 The PedalCell has only just been launched (October 2020), so I have no idea whether it’s durable, waterproof or reliable. I have recently spoken to the team behind the product who have informed me that the production unit is more powerful again, fully water sealed and is more compact than the prototype unit tested by FahrradZukunft. The production version is now expected to exceed 70% efficiency, which is incredible.

There is a very strong case for the PedalCell if, like me, you travel at speeds averaging between 8 and 20KPH. The drag is low and the power output is high at these speeds – there is simply no hub dynamo setup that gets close at low speeds.

Keep in mind, there is no buffer battery in the PedalCell system, so you’ll want to add one if you’re riding up hills (below 8KPH) or wanting to charge things on routes with lots of stop-start (eg. traffic lights that are longer than 30 seconds).

While the PedalCell offers 2.5-watts at 9KPH, you’ll need to maintain 14KPH to achieve the same power with the Velogical kit, so make sure you’re averaging >15KPH to make the most of charging with the Velogical. 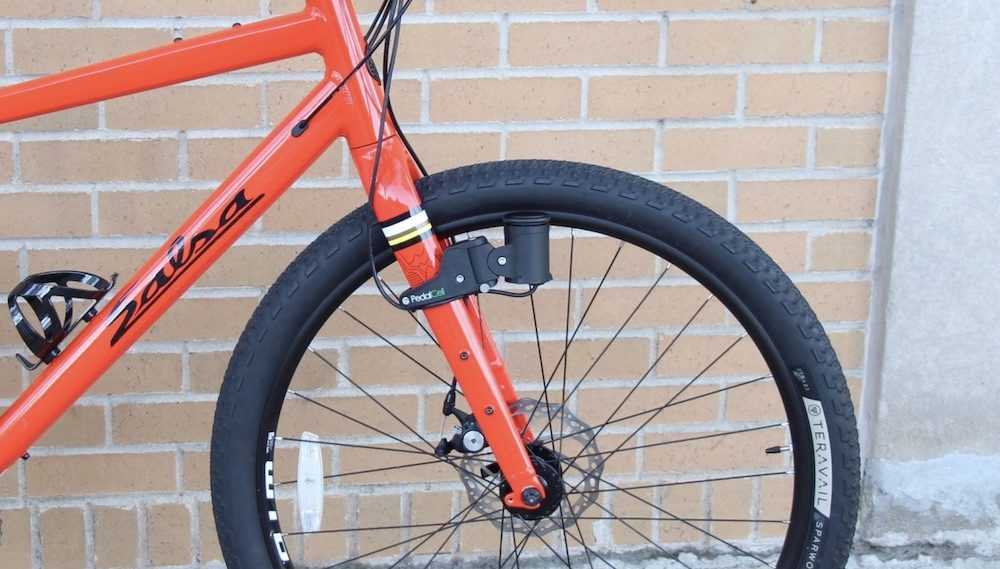 Initially, I was very surprised by these results.

But the more I thought about it, the more it makes sense that a rim dynamo can provide so much power at such high efficiency. Everything in the PedalCell charging system, in particular, has been optimised to work together – from the rim dynamo through to the charging circuitry.

In comparison, hub dynamos and chargers are always compromised as they need to be compatible with hundreds of lights and dozens of USB chargers. In addition, hub dynamo equipment is always designed around German legal regulations (StVZO) in terms of power output, which likely throttles what is technologically possible.

In the last decade, we have gone leaps and bounds in terms of dynamo charging setups, so I’m really looking forward to seeing how both of these rim dynamos develop in the coming years. If the current test results are anything to go by, the future is looking very bright for this charging technology. 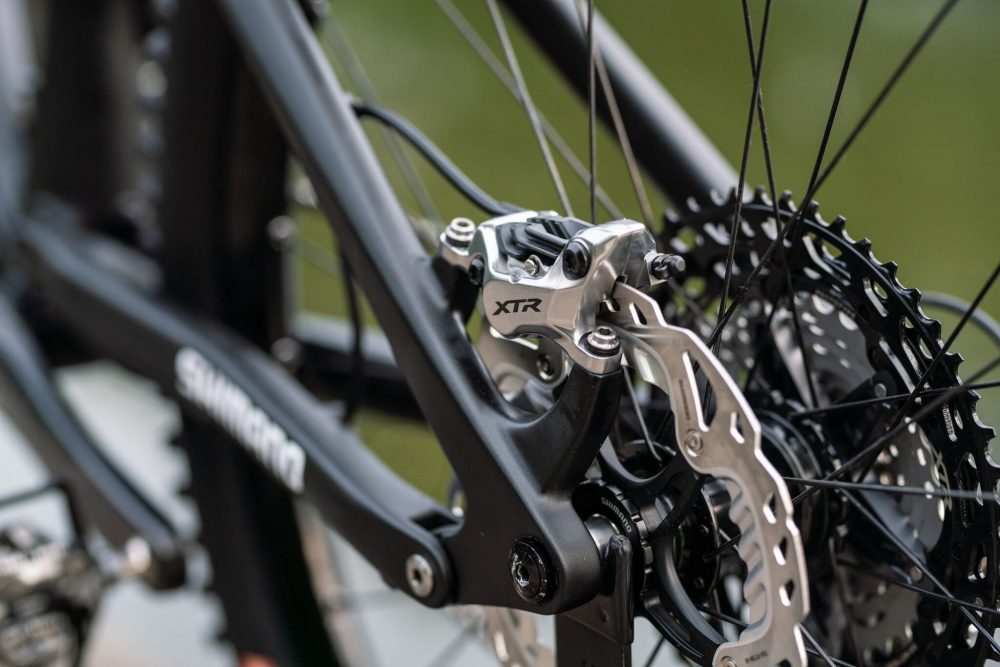