Eight years ago, SRAM released the first 1X-specific bicycle drivetrain. I remember Nino Schurter winning on it within weeks of it being shown to the public, which was an early sign that 1X was going to pave the way for drivetrains to come.

Fast forward to 2020 and 1X drivetrains feature on a large percentage of bikes. According to my Bikepacking Bike Buyer’s Guide, it’s two-thirds of all 27.5″ gravel bikes, and close to 100% of mountain bikes.

So, are 1X drivetrains now the ultimate drive system, or is there still a place for 2X and 3X?

Today, we are going to analyse every aspect of bicycle drivetrains. We will be looking at all data available across nine different categories to find out once and for all, which drivetrain is best.

VeloNews has lab tested the resistance of both 1X and 2X drivetrains, and the conclusion is clear: 2X is the most efficient across all gears (96.2% vs 95.1% drive efficiency).

The main reason for the higher resistance is greater chain angles from the chainring to the cassette, which results in the chainplates scraping harder on the cogs. But additionally, when you use the smaller chainrings and cogs found on a 1X system, the chain tension is higher, the chain speed (or tooth-interactions-per-minute) is faster, and a chain has to articulate more to wrap around smaller cogs.

The result is about 1% less drivetrain efficiency on average, but it’s 1.5 to 2.5% less in the three highest gears.

That said, there is also data available suggesting that SRAM chains run slower than Shimano chains, so the drive efficiency number might be a touch less – perhaps as little as 0.7% between drivetrains, on average. 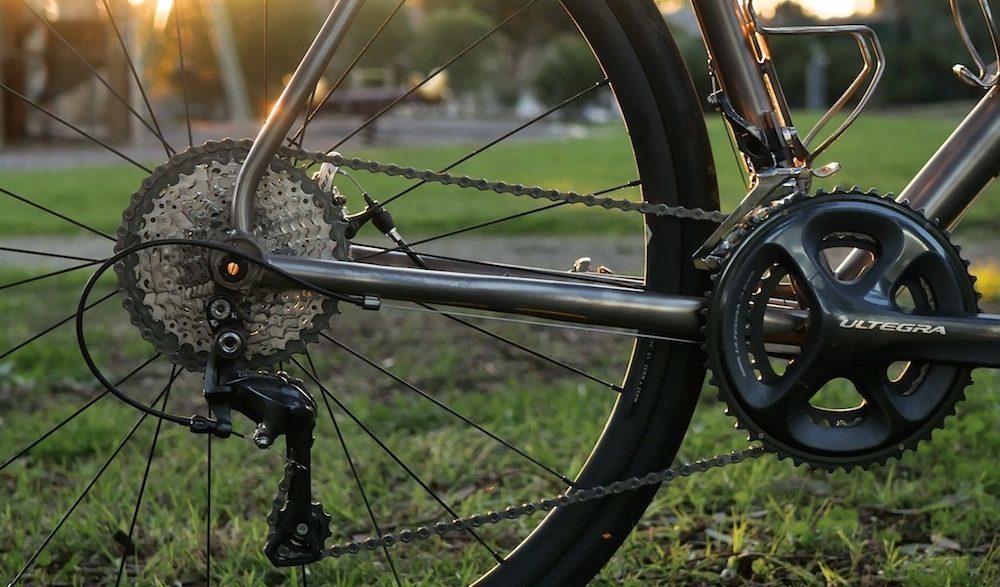 Cadence is the number of times your cranks spin per minute when you ride. And just like your car engine, you will have an ideal RPM range where you can pedal efficiently. My preference is to pedal along at somewhere between 80 and 90RPM.

In an ideal world, our cadence would remain constant as we increase in speed, but this is not possible on a bike with gears. The next best thing is to make the difference between gear changes as small as possible, so you can stay in your optimal RPM range for longer. We can do this by minimising the gear steps between each cog on a cassette.

Most cassettes used for touring and bikepacking have 13 to 15% gear steps. You’ll notice there isn’t a huge difference between 11-36t and 11-42t cassettes because the latter offers an extra gear to account for the 42t cog.

But gear steps are pretty abstract, so I prefer to graph them using cadence differences.

At my typical cadence, an upshift on a 1X12 drivetrain will slow my cadence by 13RPM. Comparatively, my cadence will slow by 11RPM using a 2X11 or 3X10 drivetrain, allowing me to stay between 80 and 90RPM for longer. 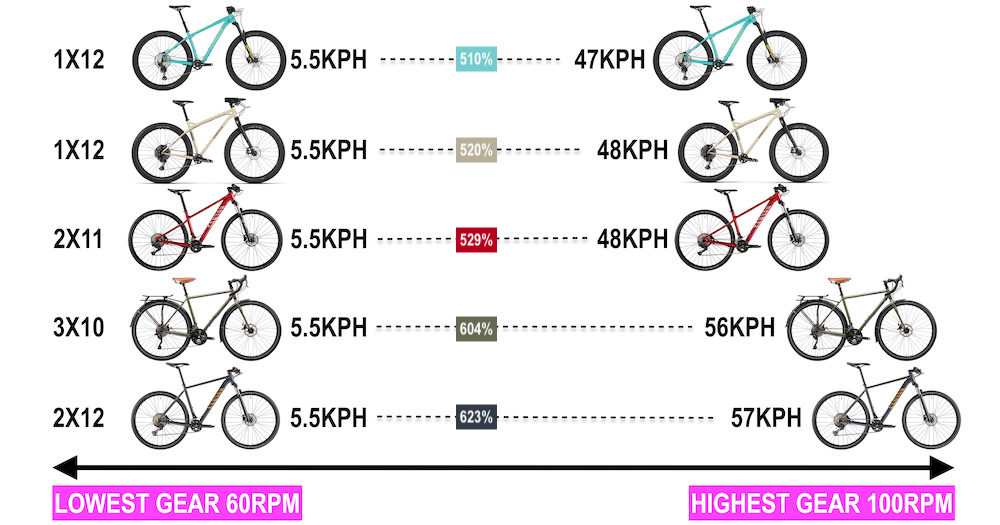 Your bike’s gear range, which is measured as a percentage, determines the speeds at which you can pedal your bike.

It was not that long ago when 1X drivetrains were limited to 420%, but these days, there is much less of a difference in gear range between all drivetrains.

A great way to visualise gear range is to peg the lowest gear at a set speed for all drivetrains and then calculate what the top speed will be. In the above example of bikes with common drivetrains, the 1X bikes top out at 47 to 48KPH in their highest gear, while a 2X or 3X bike will offer 15-20% more speed, topping out at 56 to 57KPH.

As expected, the weight goes down when you reduce the number of individual components in a drivetrain. When comparing drivetrains at the equivalent price points, 1X works out to be around 15-20% lighter than 2X. However, the difference in weight between 2X and 3X is much less pronounced. 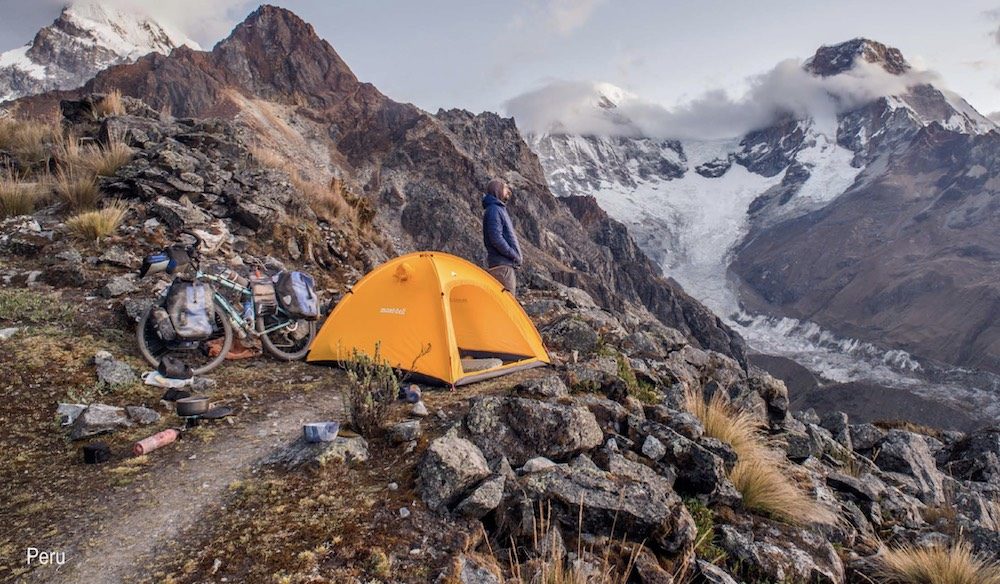 As I specialise in bike travel, parts availability and compatibility is an important aspect of any drivetrain for me.

Available spare parts usually go hand-in-hand with the bikes that shops sell. You can find $800 mountain bikes in the capital cities of most countries, which are now specced with 10-speed drivetrains, and bikes that are not much more expensive come with 11-speed components too.

In comparison, 12-speed parts are harder to come by in low-income countries, but I suspect this won’t be for long.

While 8, 9, 10 and 11-speed drivetrain users can mix-and-match between brands without much concern, 12-speed SRAM uses oversized chain rollers to mate with their cassettes, and 12-speed Shimano only really works well with Shimano, which limits your options a bit.

There is a misconception that newer, narrower chains commonly found on 1X drivetrains are not as durable as previous drivetrains. Zero Friction Cycling has done a lot of testing in this space and has found that 12-speed chains are actually the most durable chains ever created, and not by a small margin either. This is due to advancements in materials engineering, metal hardening and coating treatments.

More than 30 chains have been tested by Adam on a converted smart trainer (250w resistance, 90RPM) with lubrication and contamination controlled. The test is stopped when the chain reaches 0.5% wear (or elongation), as this is the point when the chain starts to accelerate wear on your cassette and chainrings.

For 8, 9 and 10 speed chains, the accelerated wear starts at 0.75%. As chain wear is not linear, the best estimates allow us to add 20% extra kilometres to those shown in the graph above, which would mean an Ultegra 10-speed chain will wear at ~3300km and an Ultegra 9-speed chain at ~2500km.

If these numbers look a bit low, it’s because the chains were tested with contamination to simulate real-world conditions. You can reduce chain wear by riding in dry environments, by keeping your chain super clean and by using a wax lubricant.

According to Zero Friction Cycling, you should get three chains to one cassette, and as many as six chains to your chainrings. By knowing when a chain will get to 0.5% wear (11 and 12-speed) and 0.75% wear (9 and 10-speed), we can estimate the long-term running costs of different drivetrains.

Assuming an environment with similar conditions to those controlled for by Zero Friction Cycling, the bikes with front derailleurs (and fewer speeds) should be the cheapest to run. 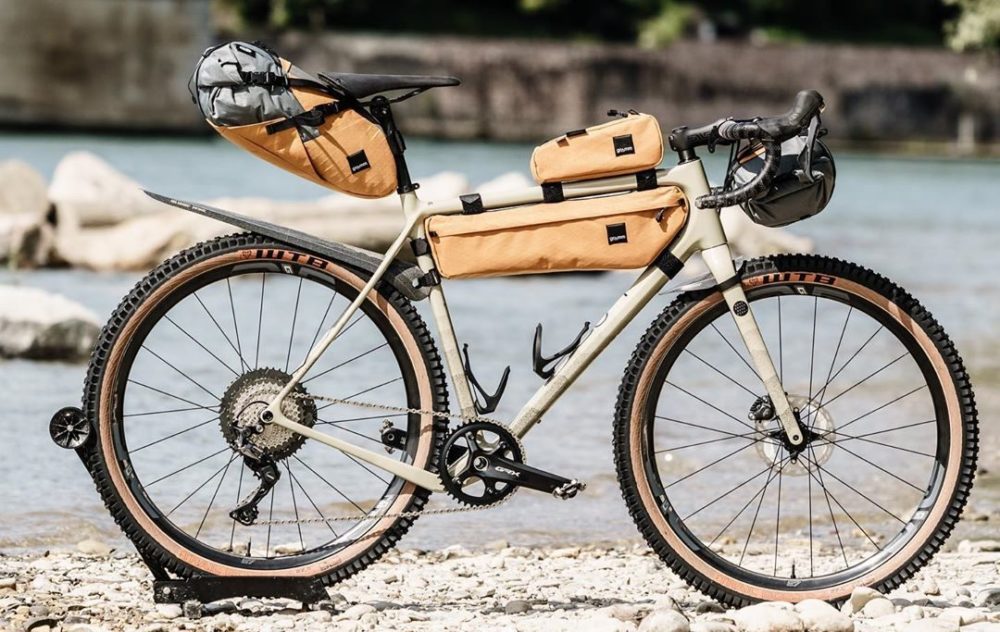 For a beginner, there is no doubt that a 1X drivetrain is the easiest to use. If you want to go faster, you go up a gear, if you need to go slower, you go down.

Additionally, something that is easy use should also be easy on maintenance. With fewer drivetrain components, 1X is the obvious winner here.

The reason why 1X is so widely adopted on mountain bikes often comes down to frame design.

Both the front derailleur and inner chainring chainline can interfere with the rear tyre, restricting how short the chainstays of a bike can be. Usually, shorter chainstays are preferred on mountain bikes as they make it easier to lift the front wheel over obstacles, as well as making the bike feel more playful to ride.

In this head-to-head, the 2X and 3X drivetrains took home five points, while the 1X setup ended up with four.

But ultimately, you will need to pick the drivetrain that best suits the type of riding you do.

The newest kid of the block, 1X, is certainly more user friendly, and the top-tier 12-speed chain durability is incredible. For mountain bikers, 1X allows for frame designs with fewer compromises, and if you spend a lot of your time on steep terrain, the bigger gear jumps will not be particularly noticeable.

However, the case is as strong as ever for front derailleurs, as they provide a lower drivetrain resistance, a wider gear range and a smaller cadence difference between each shift. 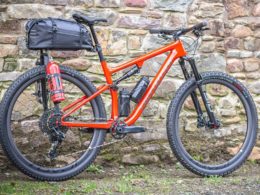 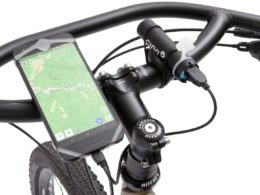