Cycles Victoire was created in 2011 by a group of friends who are passionate about bikes and manufacturing. Their custom frames are made in France using various forms of steel, including ultra-thin stainless steel tubing for their top-end builds. As you’ll see with their Victoire Voyage touring bike, these builders are inspired by the traditional styling of bicycles from the 20th-century but they favour an array of modern bike components to work some high-tech into their builds.

The Voyage is their touring frameset. Built using double-butted Tange Champion steel tubing, this frame is designed to be as lightweight as possible for a load-bearing touring bike. 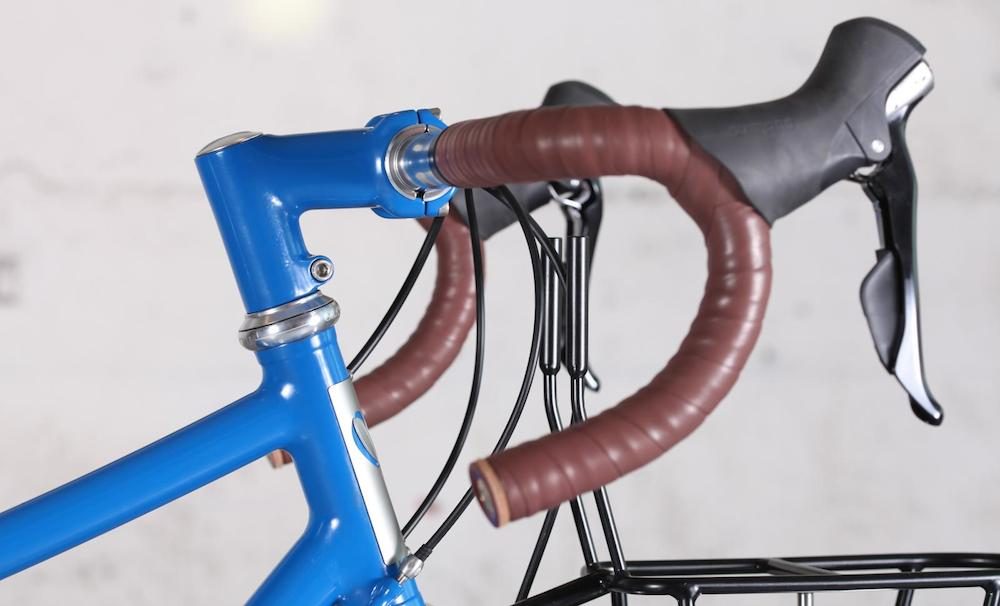 The fillet-brazing of this frameset perfectly matches the painted Velo Orange stem. To demonstrate the custom nature of this bike, no headset spacers are used – instead, the headtube length has been tailored perfectly to the height of the rider. The two vertical bars coming from the front rack are called ‘decaleur’ mounts. These mounts are designed to support a front randonneur bag that sits on the top of the front rack. 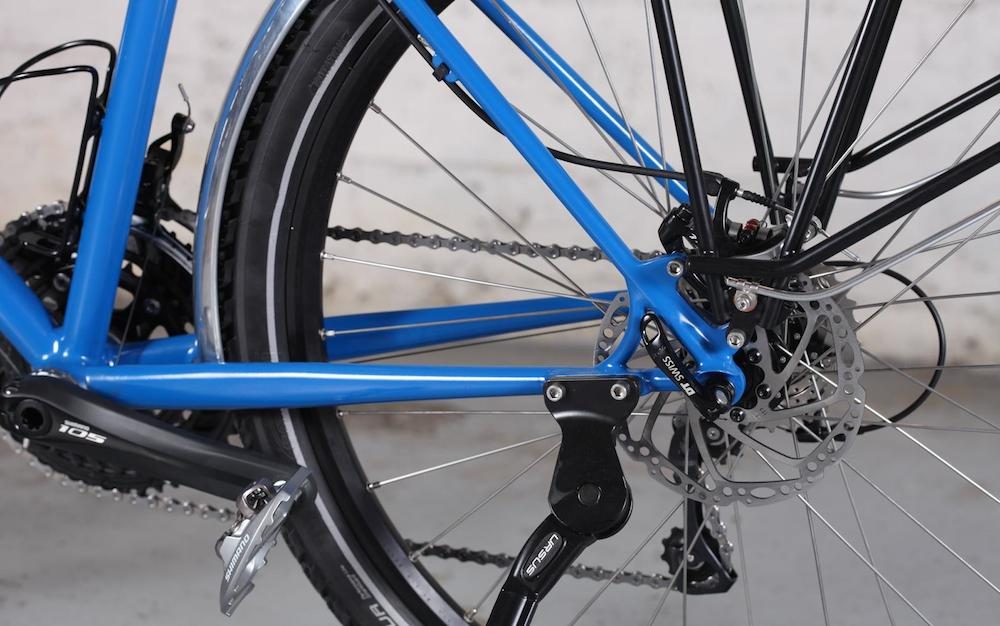 Victoire worked a kickstand plate into the chainstay so that an Ursus King kickstand would be able to support the bike and gear. TRP Spyre cable disc brakes have been fitted for their excellent braking in all weather conditions, especially with a heavy load. You’ll also notice the fender struts have been perfectly shaped to mount off the rear rack, with leather washers in use to dampen vibrations coming up through the bike. 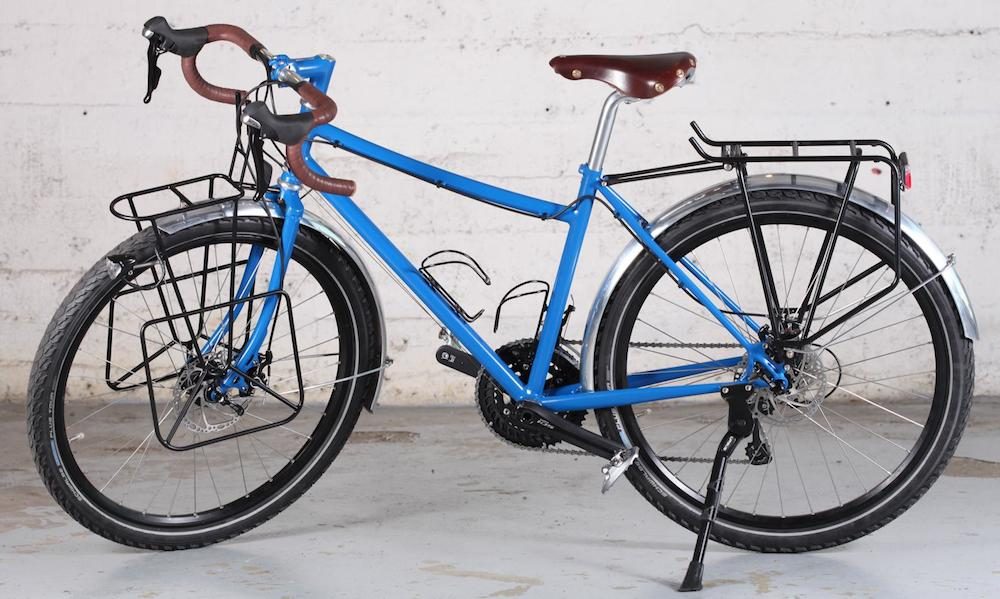 The Victoire Voyage uses a Shimano 105 road groupset with 22 gears. The functionality of STI shifters is second to none in terms of brake and gear accessibility. While road groupsets do not provide the ultra-low climbing gears that some tourers require, these parts would have been selected for the typical tours conducted by the owner. In order to accommodate the height of the owner, 26-inch wheels have been employed to reduce toe overlap and create a more size-proportionate build. 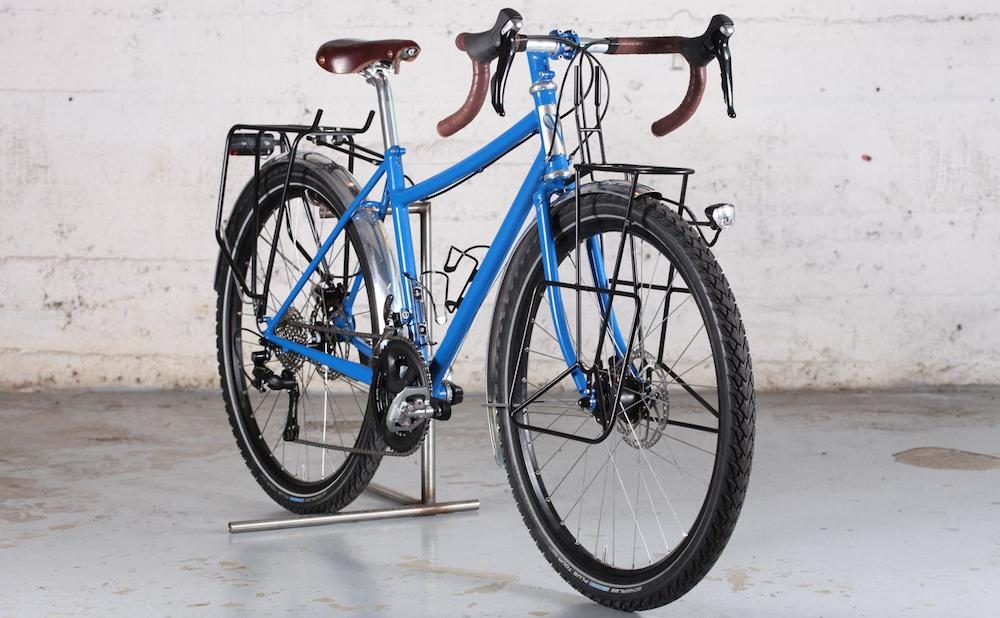 The Voyage is constructed around a custom black powder coated Nitto front rack and a Tubus rear rack. Dynamo lights have been fitted to the racks and all wiring is internal on both the frame and fork. The front dynamo hub and rear DT Swiss hub are laced onto some ultra-solid Ryde touring rims. Gilles Berthoud finish this bike off with a French-made leather saddle and bartape. 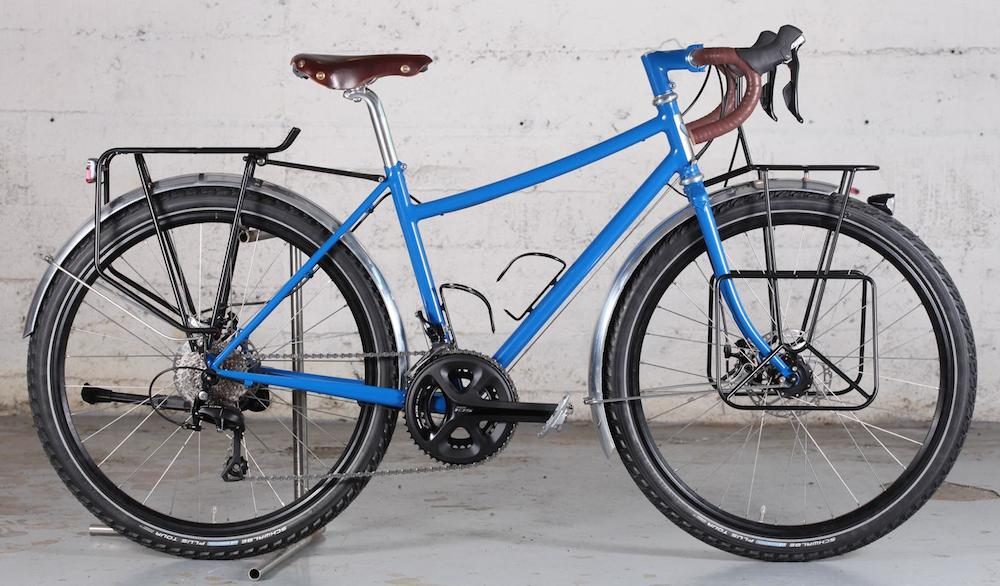 How Would I Custom Build A Round-The-World Touring Bike in 2019?