We both were born, raised and educated in Melbourne, a city in the south east of Australia. We have never lived anywhere else.

This depends in which country we’re being asked. According to our fingers, it’s a yes.

3. Why Are You Doing This Trip?

While our friends were buying houses and cars; many of them working full time jobs to pay off their debt, we decided that seeing the world, learning about its people and their culture (by meeting a healthy selection of them) was the best way to invest our money at this time. We believe we will become better people because of it. 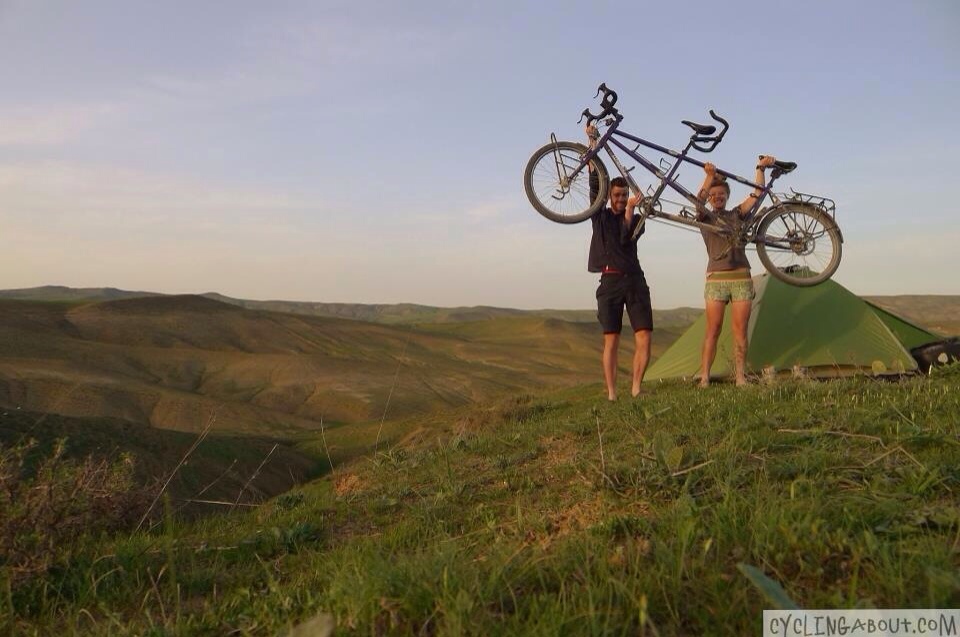 Sometimes yes. Sometimes on the bike, other times off it! But we try to plan enough rest to recharge our batteries and power on!

We feel worry sometimes when we don’t know what lies ahead. Most often this is after spending more than a week with amazing people and we are scared we won’t find this friendship again! Of course, this is only temporary – the world is not short of amazingness.

We have been given many warnings about travelling to some of the countries we’re visiting but 99 times out of 100 these are unfounded hearsay – it’s best to keep an open mind.

We belong to no religious denomination and are effectively atheists. We are of the opinion that religion is a personal choice, so whoever you are and whatever you follow suits us just fine!

When travelling through particularly religious regions we often tell people that we are Christian if we are asked. This is because no matter how well we explain our situation, it is sometimes such a foreign concept to not believe in a god (any god) that we offend people.

7. How Are You Still Together?

Two reasons: we are suited to each other, and we are both good at compromising. Although we spend almost every minute of every day together, it is often not ‘just us’. We are lucky that we like one another so much and we meet so many people every day that we never have enough time to get sick of one another!

8. Are You the First to Ride A Bicycle Around The World?

You’re not the first person to ask us this! There are many people out there who’ve ridden around the world for 10 months, 2 years and even more: 10-20-30-40 years covering over 500,000km. Check out Heinz Stucke for inspiration.

It depends on the season and country we’re visiting. In more expensive locations we often camp and stay with CouchSurfers. In cheaper locations we can afford to stay in hotels if we choose. 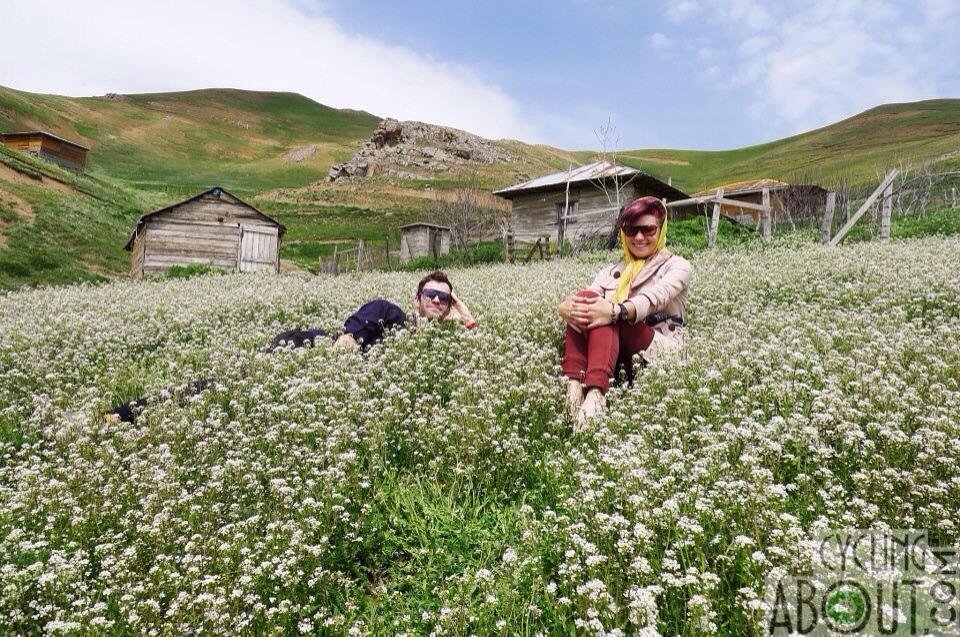 Mostly whatever’s going and a lot of it! When we are riding, we make sure to have a nutritious, filling and delicious breakfast (read about our love affair with porridge HERE) – it keeps our digestive system happy and keeps our energy turned up to 11.

We do try to eat the local cuisine and also cook dinner for ourselves almost every night on the road. We have been lucky to stay with couchsurfers who love food as much as we do…

We do not consider ourselves rich; perhaps we are rich in life! What we do isn’t a holiday… it’s a way of life.

We will not work for a few years, but on the other hand we will live simply and do nothing particularly extravagant. We are definitely lucky to come from wealthy, well-paid Australia but we worked hard for our money and we are spending it doing what we love.

It is as cheap or as expensive as you like. We’ve met people on less than $5 per day in the most expensive countries, sometimes we even meet people who travel with no money at all. Depending on the country, we spend approximately $2-20 per day each.

We firmly believe you should live within your means.

We carry everything we need! We can’t really carry anything more and at this almost-one-year mark we can’t really get rid of anything either. If you would like to give – please donate to the charity we support OXFAM, it is found HERE.

Without a doubt, the best part of our adventure is the people. The people we stay with, the people who invite us into their homes, the people who we come to share close friendships with and the endless people who wave, smile and shout ‘hello!’ to us every day. 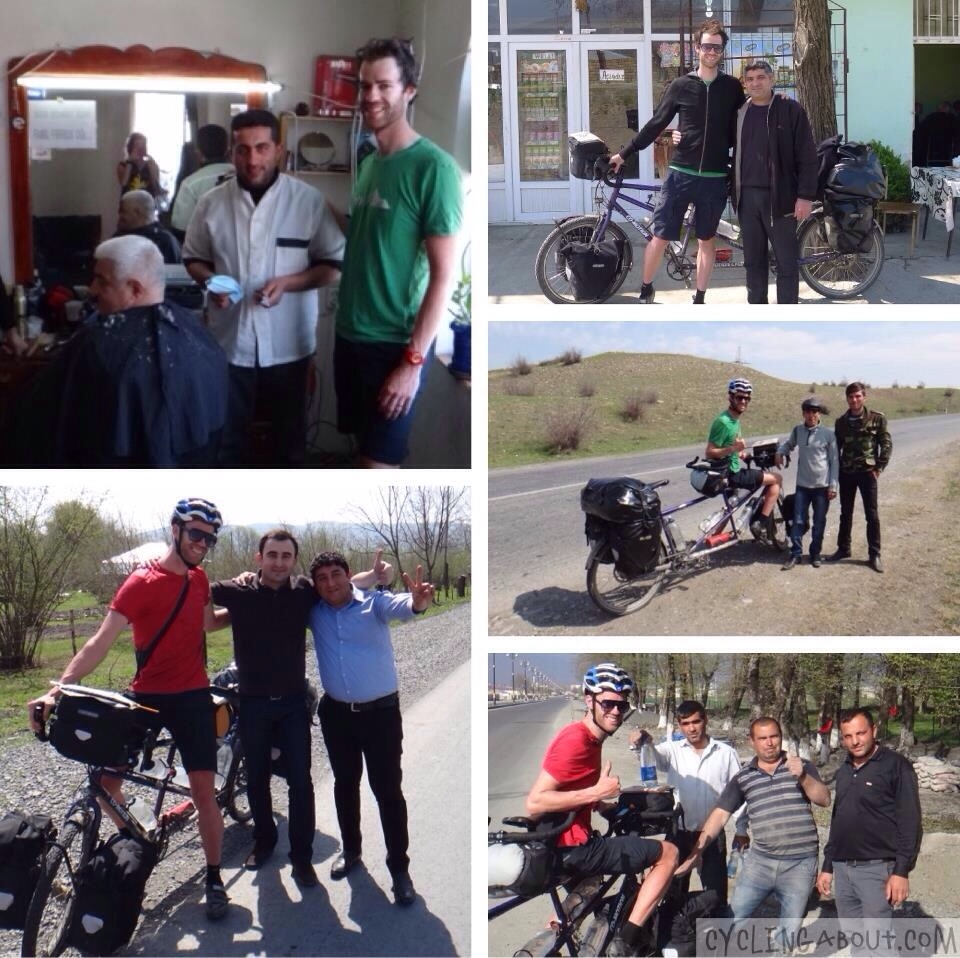 The worst bit probably differs for Alee and Kat.

The worst part for Alee would be missing out on the variety of biking he’s used to (but it’s probably made up for by the oodles of riding possible every day!). For Kat it would be the separation from her loved ones (and possibly the string of ailments she’s managed to endure thus far!).

We are both challenged by the disparity of fairness we see from country to country, society to society, community to community; the poverty and treatment of minority groups is sometimes difficult to deal with.

16. What Have You Learned About People?

More and more as we travel and meet people, the more and more we realise people are the same everywhere – of course there are small differences in traditions, in faces, in food – but overall people want to same things, people are kind to us and people are what makes the world go ’round.

We wish everybody could just get along because heck, we are all on the same team! Imagine what humans could achieve if we all worked together…

Good question. We couldn’t tell you what the average is, but we can tell you that sometimes we only do 5km in a day, and other times we nail 150km. Probably somewhere in the middle (around 100kms) is how far we travel most days.

18. How Do You Cycle Across Water?

There is no child visible, and you already know that we will not be home for a few years. Do you really think we would spend years away from our children if we had them?!

Note: We have convinced people that we have children at home: to keep away men with less than honourable intentions.

63.225kg including the bike, gear and the clothing we’re wearing. Breakdown HERE. TanNayNay however, must carry all this plus 135kgs of human!

Until we get home.

No – this is not 100% possible or practical. We catch buses, planes, boats and trains when the need arises. But really, most of our distances are covered by bike.

Our aim isn’t to ride a bike from A to B, it’s more to experience the world and the wonderful people who live on it. And on a bicycle is the best way! 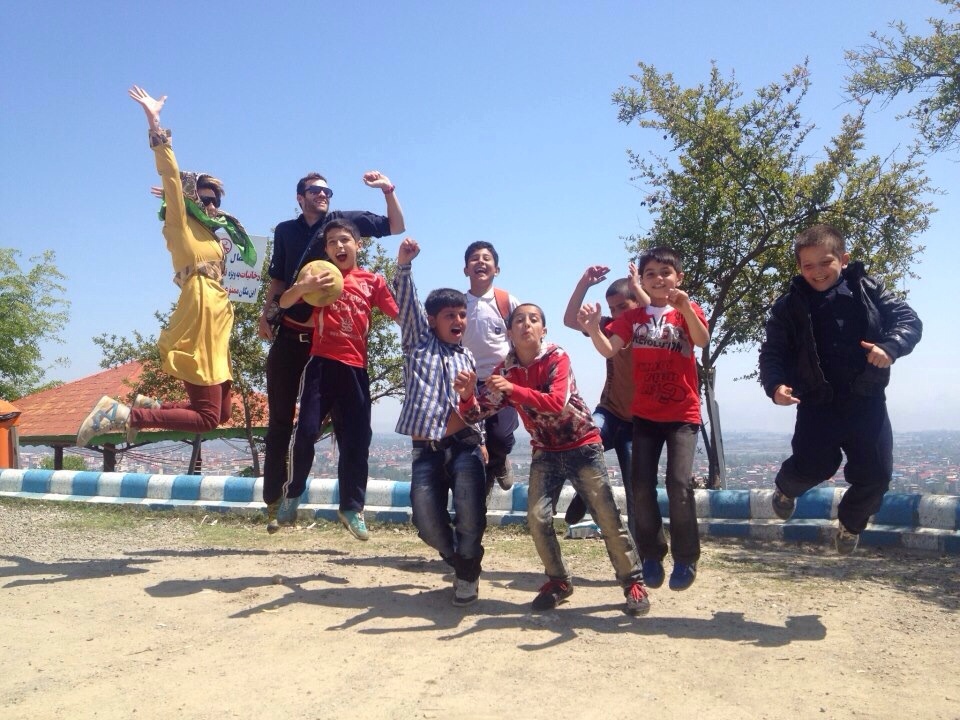 We carry six litres with us on the bike and have a 10 litre water pack and a 1 litre Nalgene bottle to supplement this in hotter environments. We try to drink this 3-6 litres between us and find a water source in the later stages of the day to cook with.

Somedays, yes! You kind of get used to the pain…

Not that we know of. We sometimes go to places which are considered dangerous at night by the locals, but only find out a few days after the fact. Dogs give us an occasional fright but they’re not deadly.

27. What Happens When You Finish?

Kat will re-train at university (because teaching is not for her), Alee will find work somewhere he is passionate AND we will both plan our next adventures.

FAQs: What's Next for Alleykat?