If you’re keen on charging electronics while you ride, you’re probably already aware of buffer batteries.

These special batteries provide continuous power to your devices during times when your speed is too low for USB charging, for example, when cycling on hilly terrain, or when stopped at traffic lights. This prevents your devices from receiving then losing charge (eg. smartphones) or switching themselves off entirely (Garmin eTrex models).

We’ll be taking a closer look at buffer batteries, battery storage, charging times and some dynamo chargers with in-built batteries in this article. 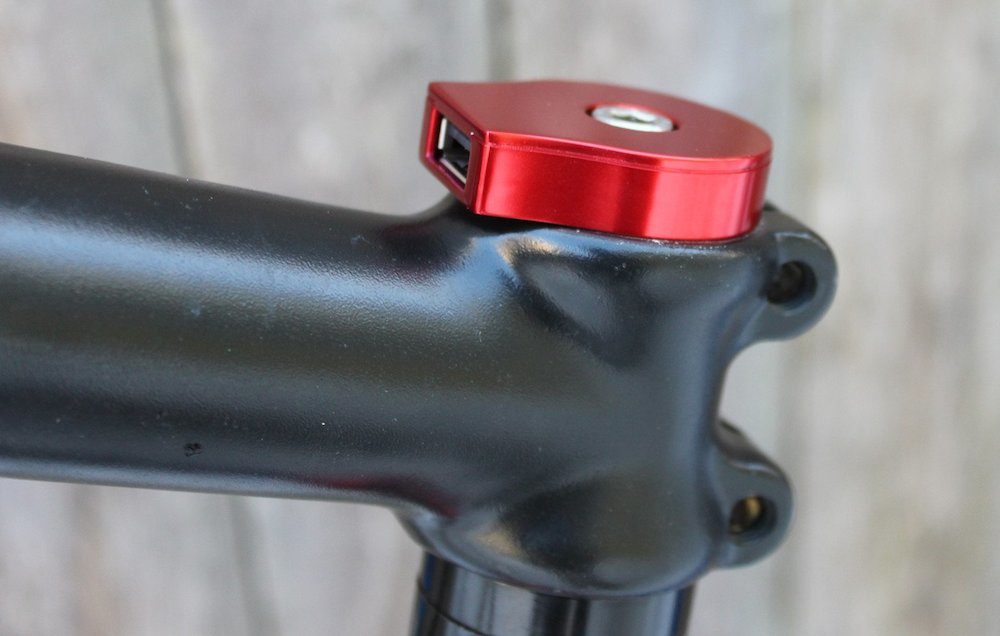 USB chargers are best used in conjunction with buffer batteries in order to supply a constant charge to your devices.

Most batteries will either charge OR send their stored power to your device; rarely will they do both simultaneously.

Pass-through batteries are able to deliver power from your hub straight to your device, while also taking a charge if there’s any power leftover.

The reason many battery manufacturers don’t allow pass-through is that it can deteriorate batteries quickly, although you can still expect a minimum of 500 total charge/discharge cycles with most pass-through batteries (two half charges equate to one full cycle).

It’s worth noting that many manufacturers include “pass-through” as a feature on the battery spec sheet, but in my experience, this is rarely the case.

When power is stored in a battery, it experiences a storage loss of 15-20%. In order to minimise this loss, it is best to try to charge your electronics either straight from the USB charger or by using a pass-through battery. It’s nice to have that power on tap, but when it means you lose 1-hour of power per 5-hour ride… it adds up. 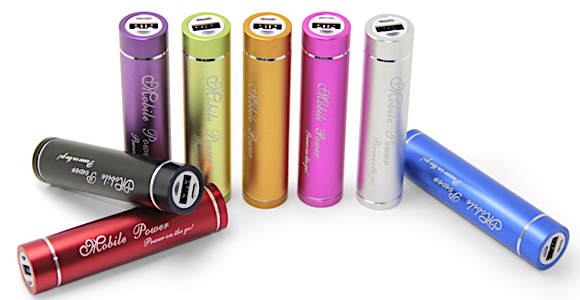 Batteries are getting smarter circuitry in order to reduce long-term deterioration. But not all batteries are smart!

Jesse Carlsson and Sarah Hammond use the cheapest lipstick batteries they can find to keep a constant stream of power running to their Garmin eTrex GPS units. It’s not guaranteed that the cheapest batteries will be ‘dumb’ enough to allow pass-through, but the odds are good and given they’re less than $10 – it’s worth giving them a go.

Check out Jesse and Sarah’s video on how to waterproof these cheap buffer batteries in their video HERE.

A ‘current limiting’ buffer battery like the Smart Power Pack II is designed for dynamo hub charging, allowing you to switch between set charging currents (eg. 100, 400 or 900mA) for different riding speeds. The main advantage is that you can optimise your charging current so that your battery can draw a charge at really low speeds (eg. 6-8km/h). This kind of feature is also handy for charging with solar panels in low-light conditions.

You can find out which setting will be best (at different speeds) by looking at the ‘watts’ produced from many charging devices:

How Long Will A Battery Take To Charge? 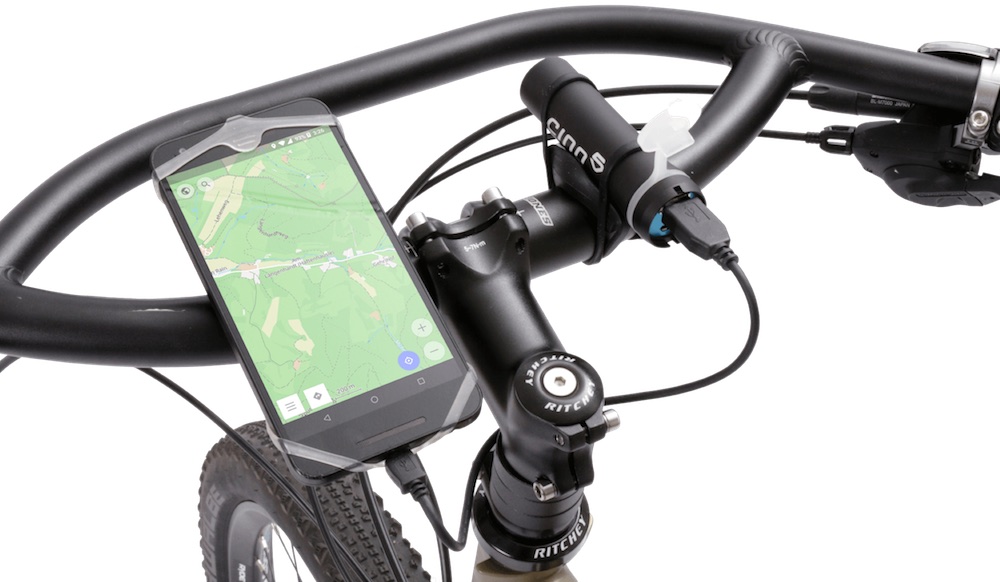 To understand this section well, you may need to learn about volts, amps and watts HERE.

A 3-watt dynamo hub will put out an average of around 6-volts at 500mA. Once the power has been converted from AC to DC the output will translate to roughly 5V and 500mA (or 2.5 watts), which for an hour of riding is 500mAh. Charging a 3000mAh battery from scratch will, therefore, equate to 6 hours of riding at 12km/h with the most powerful USB chargers, and 20km/h with other USB chargers.

However, there are also small losses in the charging circuitry, perhaps around 20% of the total generated power. Adding the 20% extra ride time (6 hours + (6 hours x 0.2)) and we’re looking at 7.2 hours of riding to fill the battery from scratch.

You can also use the above assumptions when determining how long it will take to fill a phone battery. My Apple iPhone SE has a ~1500mAh battery, so at 500mA per hour, it should take 3 hours. Adding in the circuitry losses and I’m looking at 3.6 hours of riding to fill it up. Other modern smartphones like the Samsung S8 will have 3000mAh batteries, resulting in 7 hour + charge times.

Having said all that, there are products which use special capacitors to achieve twice the power, charging smartphones in literally half the time. Many of them also come with build-in buffer batteries. Check out the Cinq Plug5 Plus and Forumslader V5 USB chargers which will achieve 4-5 watts power at just 17-20km/h.

You can, of course, charge batteries without pass-through too!

Large capacity batteries (5000mAh+) are great for storing power but can sometimes be problematic to charge as they have more internal resistance in the battery cells. In order to overcome the resistance, bigger batteries require a higher input current (eg. 1A) which is easy for a wall outlet but harder for a dynamo hub at touring speeds. This is why many 5000mAh+ batteries don’t charge particularly well from dynamo hubs.

That said, if you’re cycling at speeds over 25km/h, or you use one of the powerful USB chargers, you can sometimes charge batteries up to 10000mAh – but I’d still recommend 2x 5000mAh batteries instead. 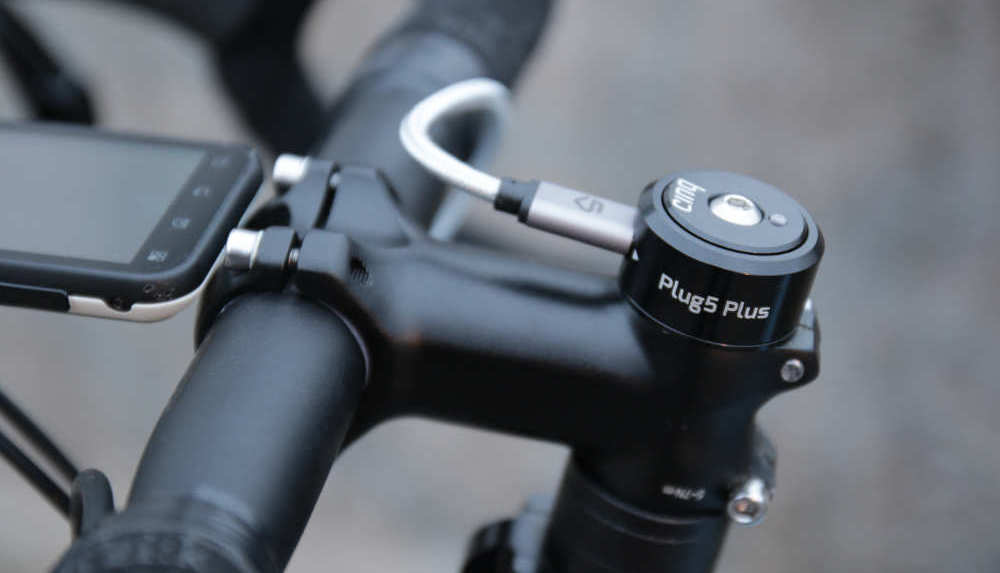 The Cinq Plug5 Plus has an integrated buffer battery.

Check Out Some Of My Other Resources On Dynamo Systems, Dynamo Lights and USB Chargers