The KOGA Denham Bar has recently been added to the WhatBars database, so today we’ll be using this handy web tool to lay different handlebar shapes over each other. This will help you to visualise how the KOGA Denham Bar compares to other popular alt handlebar designs.

My signature handlebar has been super popular, in fact, production hasn’t even been able to keep up with demand! I’m really glad to hear that people are enjoying the shape as much as me. If you haven’t read the considerations that went into their design, it’s worth getting your head around everything HERE.

Right, let’s look at some comparisons! 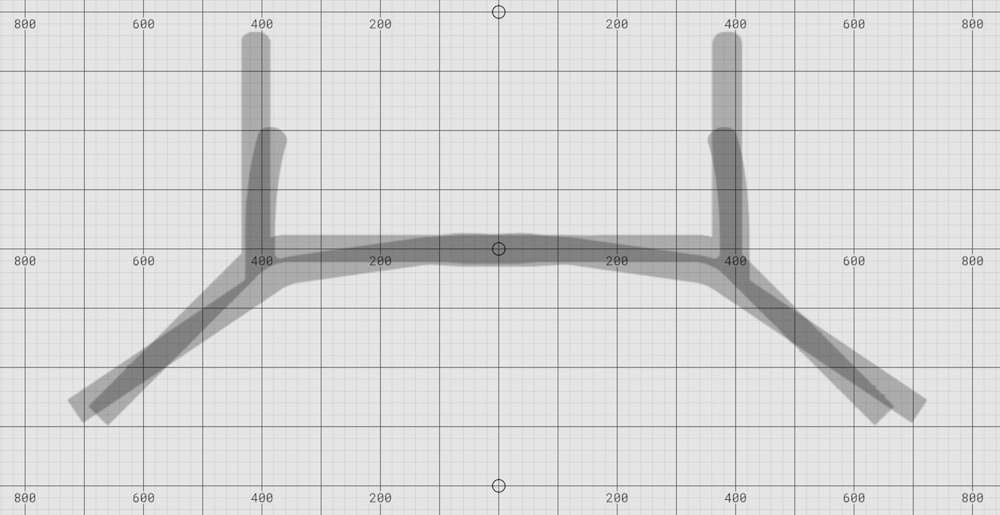 The KOGA Denham Bar was essentially born from my experience using the Crazy Bar, so there are many similarities. As a result of playing around with my hand positions on the Crazy Bar:
– I halved the length of the ‘bullhorns’ as I rarely had my hands at the end.
– I gave the bullhorns a tilt inwards by 15 degrees for better ergonomics.
– I curved the bar ‘tops’ by 8-degrees from straight, again, for better ergonomics.
– I reduced the backsweep to 34-degrees, rather than the Crazy Bar’s 45-degrees which put my hands diagonally across the grips (causing numbness).
– I increased the width by about 2cm on each side as a result of the reduced backsweep. 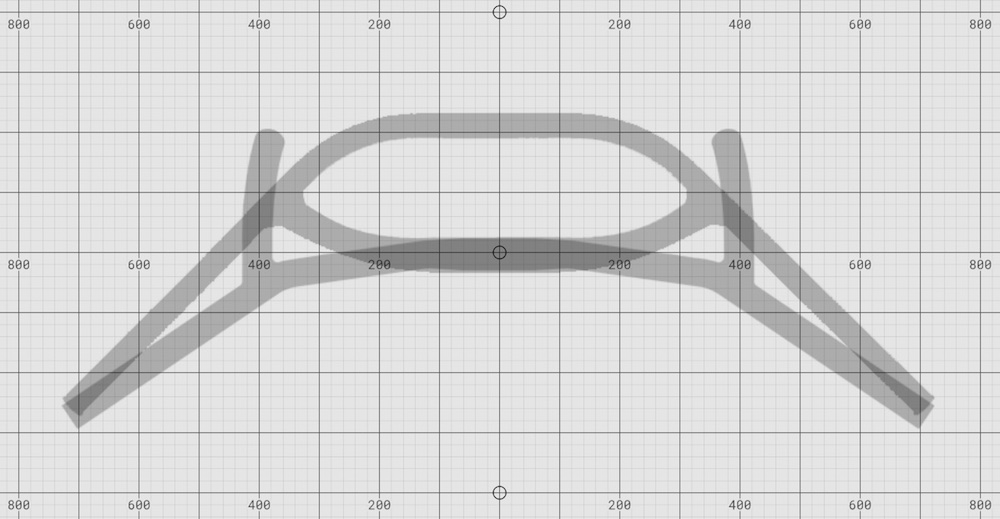 The Jones Loop actually offers a very similar ride position and bike handling to the Denham Bar. The most substantial differences include:
– A 45-degree sweep to the grips on the Loop Bar compared to 34-degrees (which is much more agreeable with my hands).
– Bar-tops that bend forward on the Loop Bar rather than backwards.
– An extra forward hand positioning at the front of the ‘loop’, but no bullhorn equivalent.
– No handlebar bag compatibility on the Loop Bar. 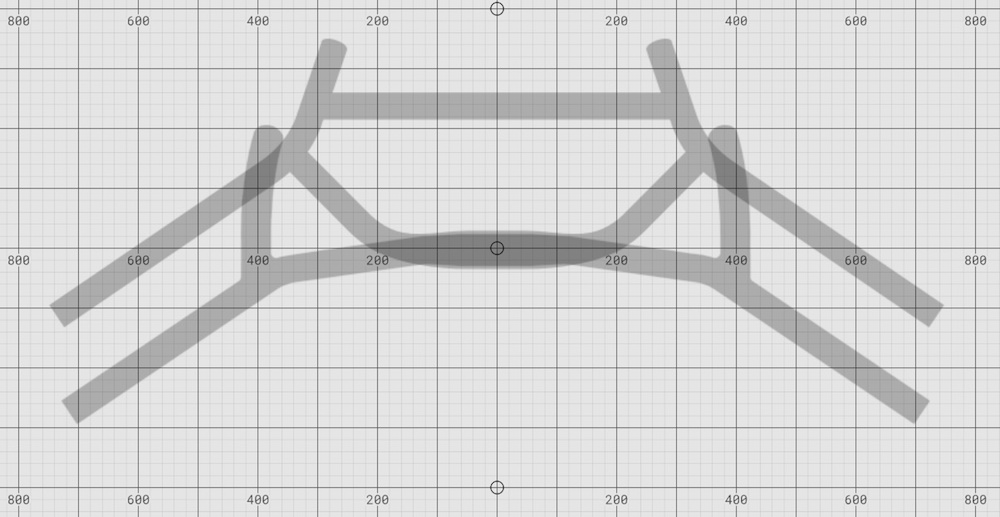 Surprisingly, there is almost ZERO overlap between the KOGA Denham Bar and Surly Moloko! While the sweep angle is the same between bars (34-degrees), that’s pretty much where the similarity ends. The only sections that overlap are next to the stem, and at the inner part of the grip section on the Moloko. The Moloko offers a very long forward reach, so it’s best paired with short stems. It’s also made of steel rather than aluminium, so expect it to add around 300g/11oz to your bike weight. 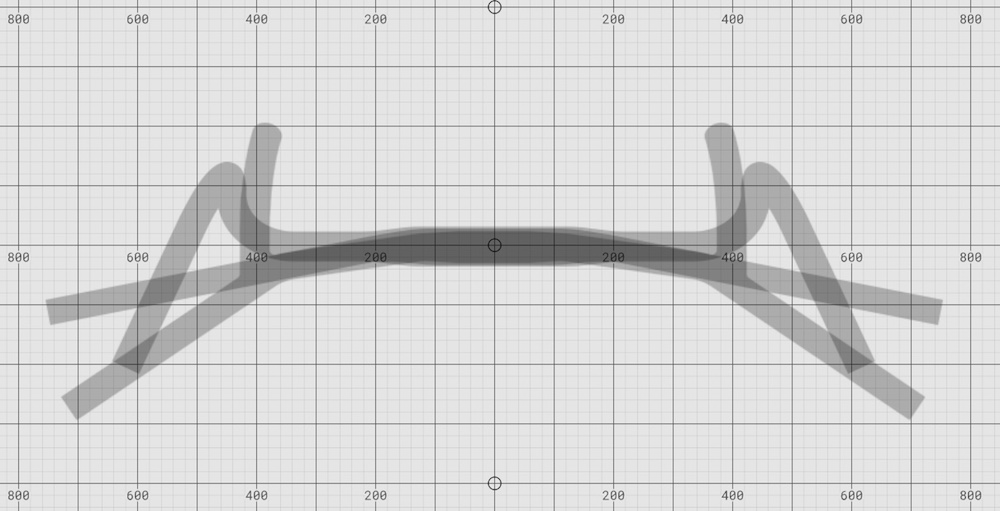 Here I’ve laid a bikepacking drop bar (Salsa Woodchipper), mountain bike flat bar (Salsa Salt) and the KOGA Denham Bar. This helps us to visualise the very close alignment between the Denham Bar ‘bullhorns’ and drop bar ‘brake hoods’ positioning of a drop bar. It also shows us the degree to which the sweptback design will bring the grips closer to your body, relative to a flat bar.

If you were coming from a drop bar, you wouldn’t need to change your stem. On the other hand, you might consider swapping your stem to something longer if coming from a flat handlebar (although this will also make the bullhorn position more of a stretch).