Supernova: An Insider into the Best Dynamo Light Manufacturer

The past week we have had the pleasure to stay with the most connected person I know to the bike industry in Germany. JoJo (actually pronounced yo-yo) seems to know every bicycle company CEO, professional athlete, mountain bike trail within 100km, bike designer, bike engineer, trail builder, bike park operator – the list goes on. It doesn't stop with the bike industry though, as living in Freiburg most of his life he is well aware of the best beer gardens, restaurants, cheesecake suppliers, coffee houses, parks, lakes… everything. He has been a stupendously generous host – we cannot thank him enough for making our time here really special!

JoJo managed to get us into contact with Marcus of Supernova, a company very well known for creating the best dynamo lights for bicycle touring, a really simple dynamo hub USB charger and various other innovative products. 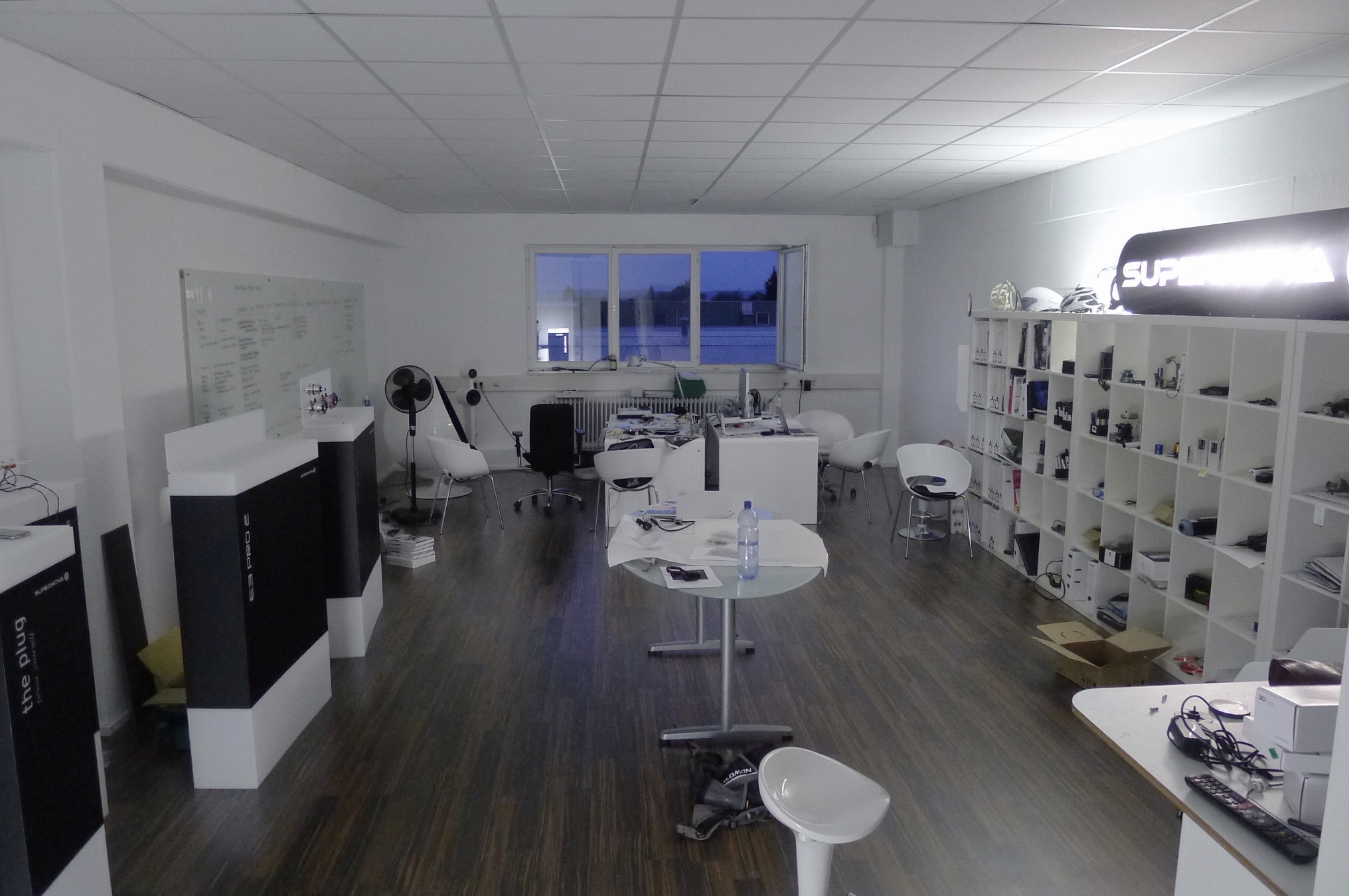 Marcus was incredibly busy getting his gear together for the biggest trade show of the year, Eurobike. It is at this show that 50,000 people per day will potentially walk past his stand and talk to him about his products to him – really tiring for Marcus, but incredibly rewarding exposure for his company. 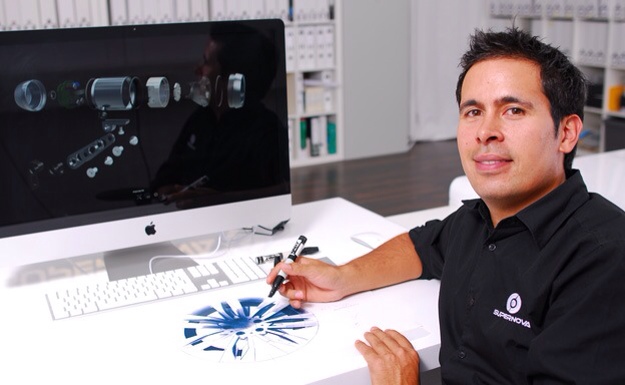 Although Supernova lights are the most expensive dynamo lights on the market in Australia, we purchased them for multiple reasons; they are incredibly bright, they are really well built, they use the best LED technology available, they update their product regularly, the stand light (light stays on once we've stopped) runs for a decent amount of time, and they offer a 5-year warranty which to me indicates that Supernova has lots of faith in their own products. As you're probably already aware, Alleykat likes to invest in the best if we can reap the long-term rewards of really good gear – Supernova products are no exception! 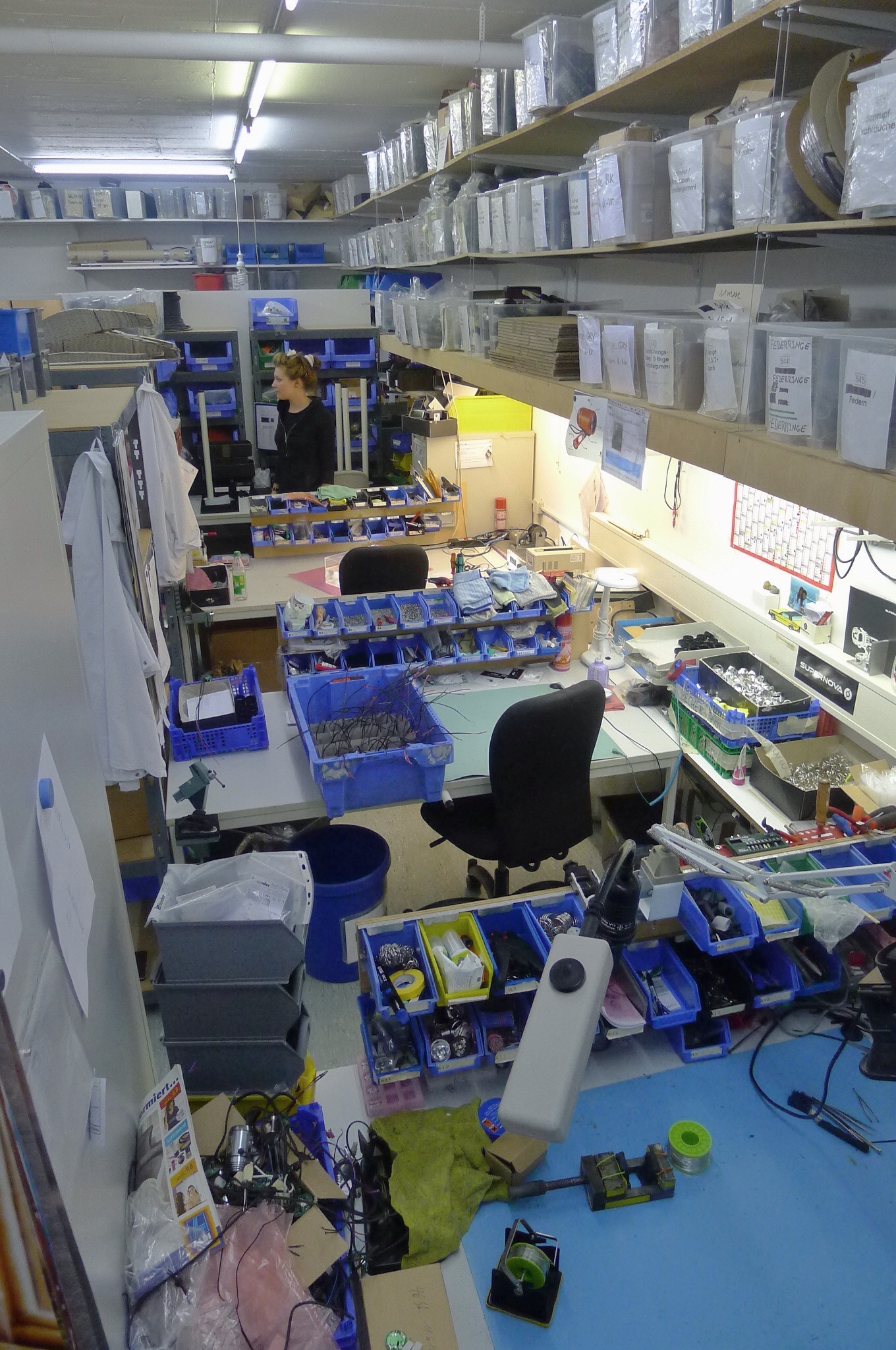 The Supernova headquarters are smaller than imagined; one room and three desks assemble 20,000+ units per year, and then there are various storage and design rooms. We didn't managed to sneak in during working hours so we didn't get to see any of the assembly, but we were told that an older lady solders connections in the lights and is faster than anyone else! So cool!

Marcus was keen to show us the 2013 Supernova E3 Pro light, which is more water resistant than ever – in fact in can operate submerged under water with ease! The coolest feature though is that the 'Supernova' branding on the side of the light now illuminates, both looking visually stunning and providing some side illumination for increased visibility on the road. 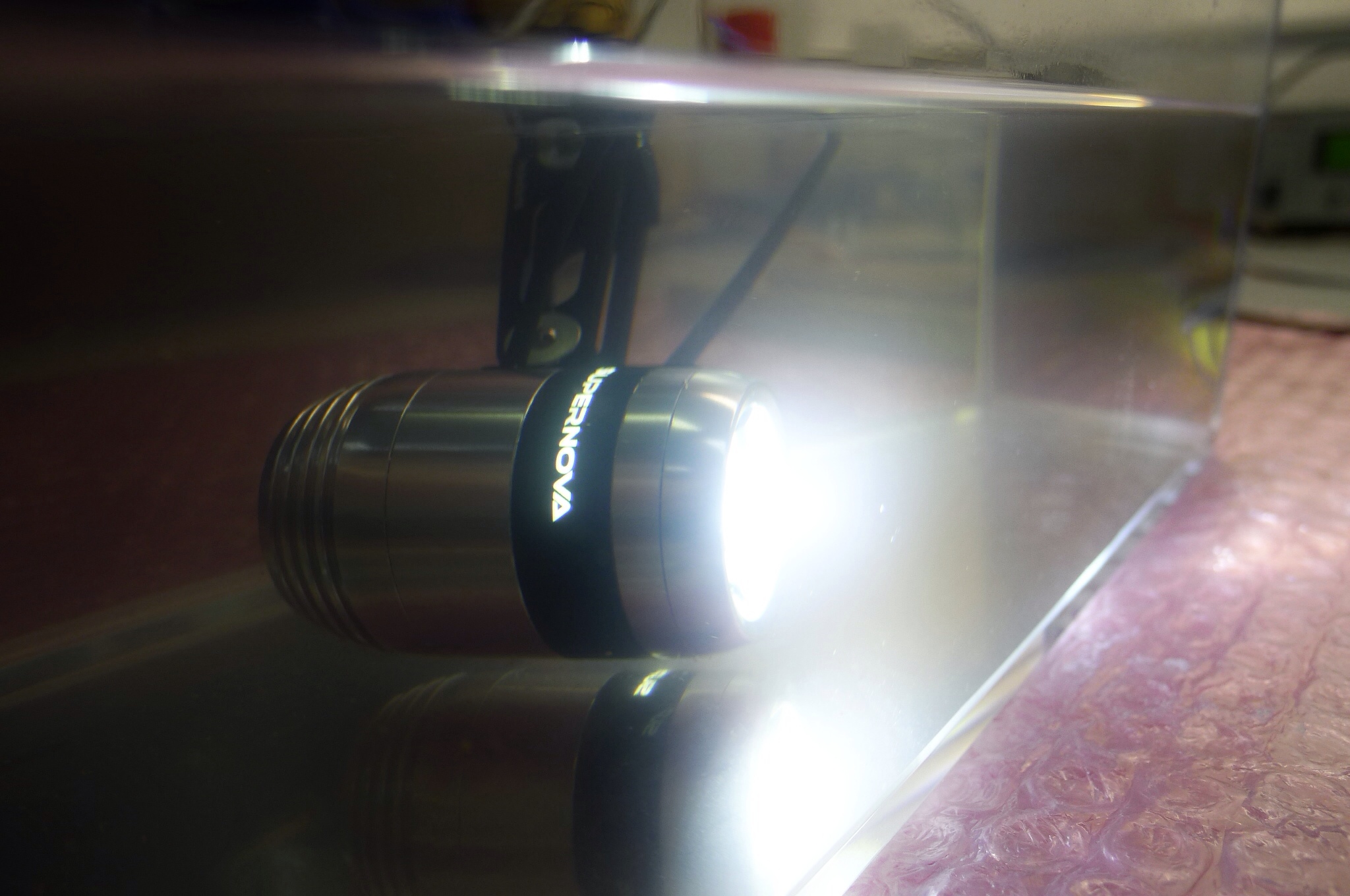 Another really amazing thing that we saw was the prototype catalogue for the 2013 range. Marcus teamed up with a university professor to produce a button which turns on the rear Supernova light on on the cover of the catalogue – all within a thin cardboard! The university professor informed Marcus that within five years, video playback technology will be available in magazines. Yes, we will be watching video clips in our magazines!

I also quizzed Marcus on a few topics relating to his products:

Marcus' philosophy on making lights is to just get it right. The testing and time spent to ensure that his products work well is really important to him. There may be smaller companies who can afford to update their LED technology even more regularly to get higher outputs, or play with lighter weight materials, or save weight on water proofing – but Marcus feels that giving the consumer a product which can be guaranteed for a really long time is very important. Customers who buy one Supernova product will likely buy another if they have a really good experience with the first. On the weight of the product:

The Supernova lights are marginally heavier (30-50g) than other units available. I would say that this can be attributed to the Supernovas waterproofing and design. The main market for dynamo lights are not weight weenies – it's people who want their stuff to be bright and reliable. For this reason, it might be a while before we see a reduction in weight on the E3 front lights… 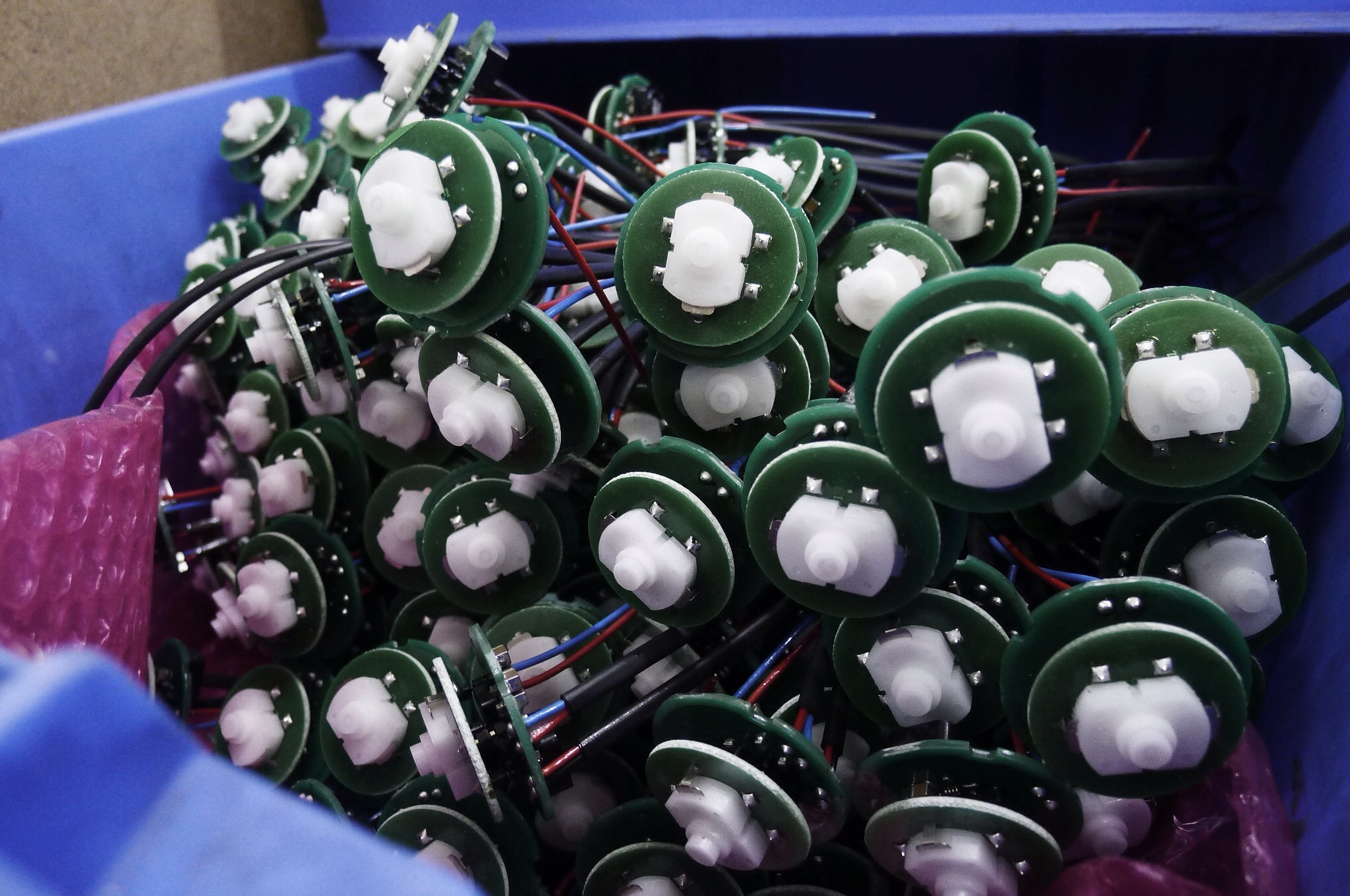 The stand lights have been optimised for town use. Customers who commute with Supernova lights tend to not want a stand light which runs for too long, as it attracts attention to their bike when they park them. Marcus said that producing an even longer stand light was not difficult, but would simply not suit everyone. 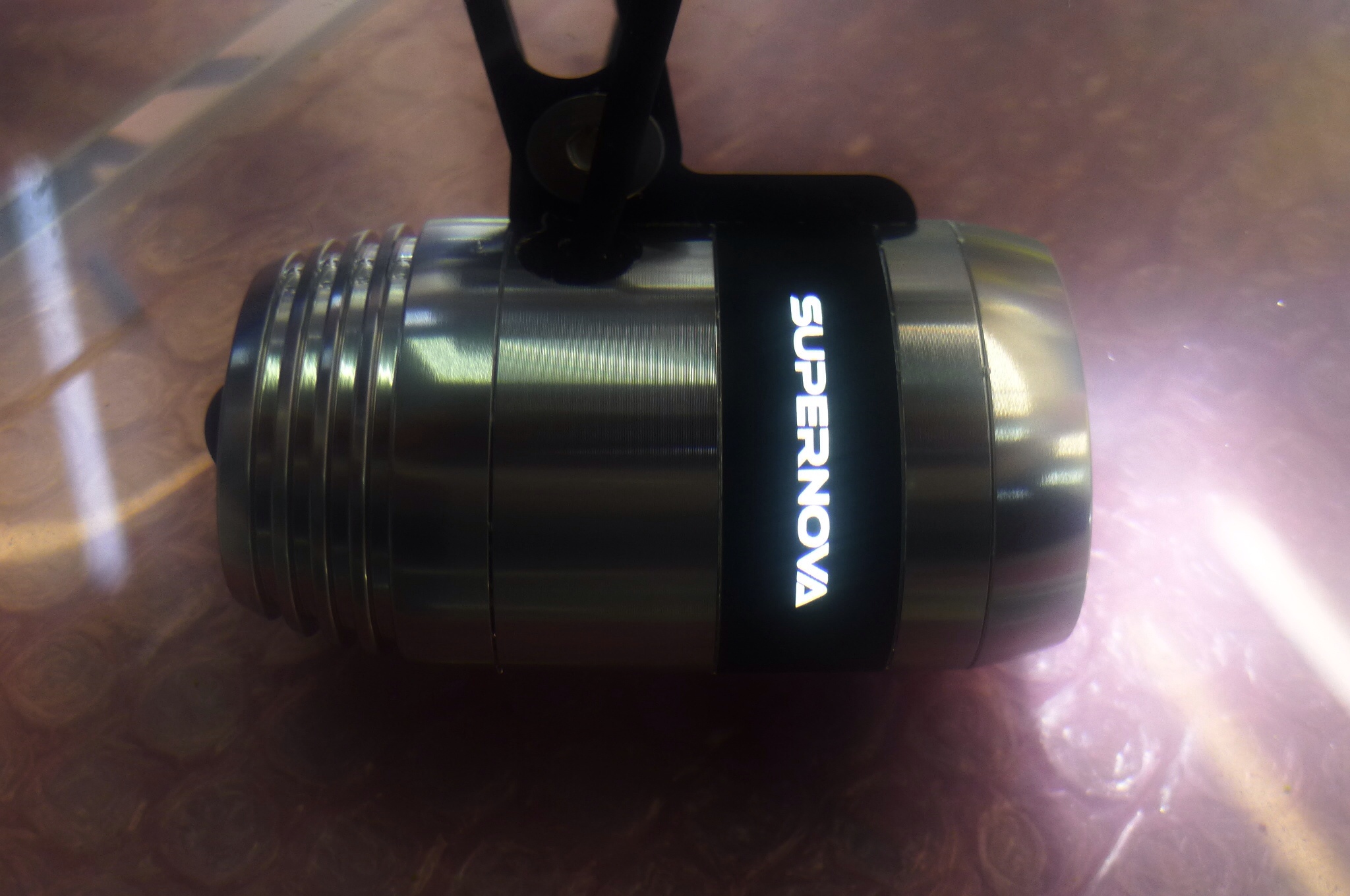 We'd really like to thank Marcus for taking the time out of his busy schedule to show us around Supernova! Just as suspected, they are a really innovative small business, punching well above their weight! If you're looking for an upgrade or just the best light currently available, you will not be able to look past the E3 range.