If you've read our blog extensively, you'll know that I am a keen mountain (and pretty much everything else) biker. The thing I was always really going to miss from home was my quiver of cycling steeds. It gave me so much delight to get amongst the forest and have a good pedal during the following times…

Taking the touring bike down trails in Cologne

My European mountain biking fun times started on my touring bike. I rode around the city of Cologne attempting to get lost and take cool photos. I ended up in one of their various parks, seeing a trail dive down the side of the hill. Without hesitation I took it, not knowing what would come up. My 85psi touring tyres absorbed not a single bump on the rough, rutted out trail as well as offering next to no grip! This thrill is enough to light up my face… 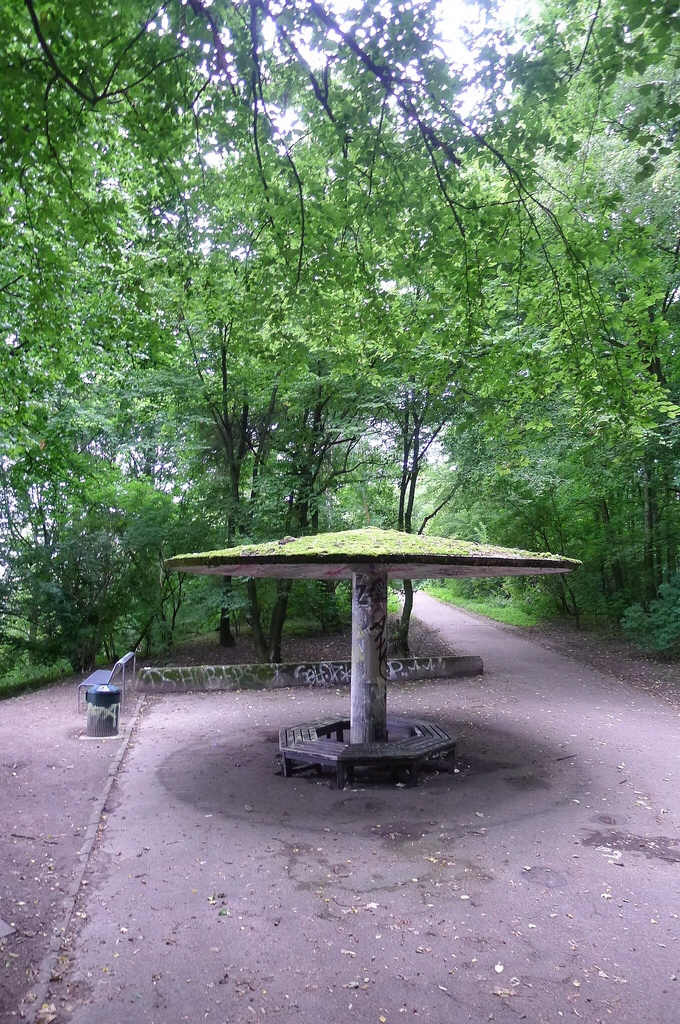 I continue finding trails, this time riding up the hill with my smallest gear. The forest was full of slippery sticks, but with a bit of body manuverabily and tyre placement the touring bike lapped it up. I found a few jumps and a north shore bridge, seriously considering hitting them before the sensibility in me destroyed my dreams.

I then noticed that there were lots of men in the forest here, each walking around slowly and by themselves, in what I felt was a suspect manner. I have a feeling my trails were possibly the set for various grown up men meetings.

Hitting the trails in Offenburg with Paul

Paul van Der Ploeg is a dominator of cross country mountain biking in Australia and bits of Europe. Read my interview with him HERE to get more of an insight into this man mountain. 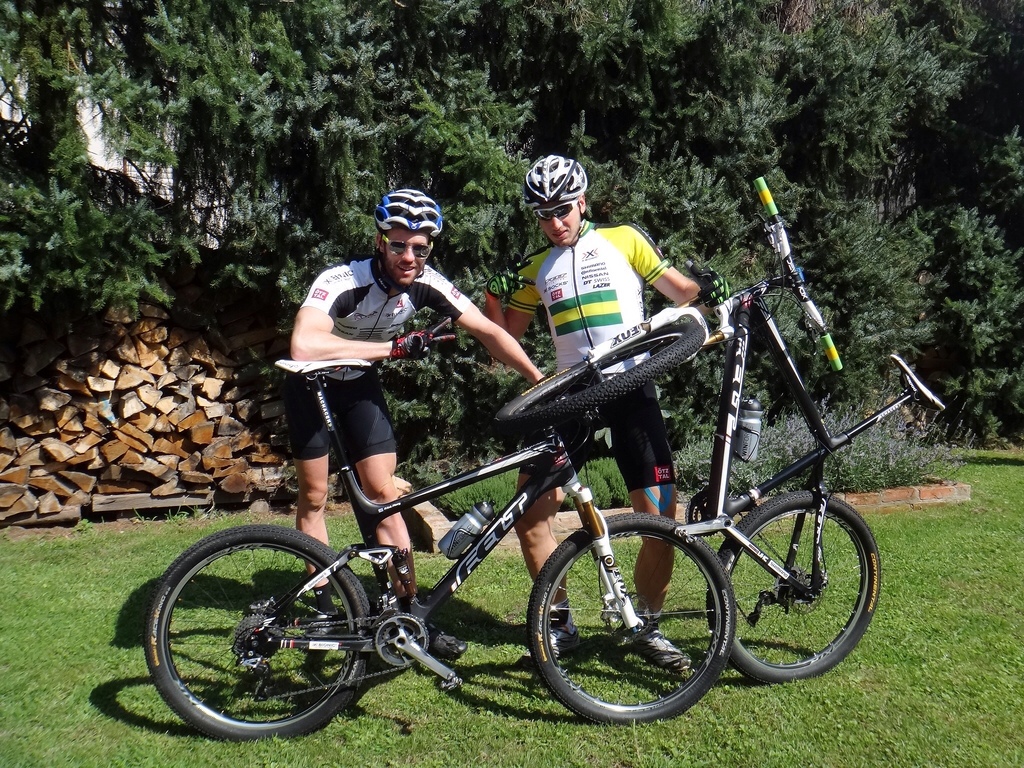 Due to Kat being forced to rest with a broken knee, Paul and I set out to shred the trails of the Black Forest daily, never riding the same loop more than once. 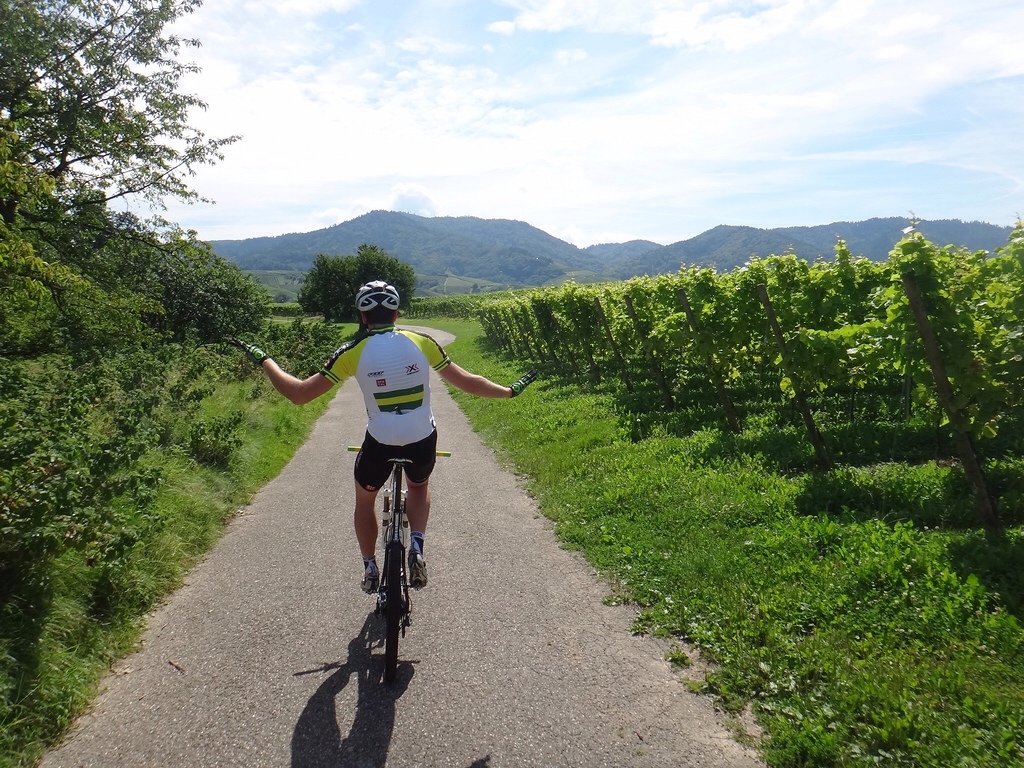 I consider myself quite able on a mountain bike, but I am nothing compared to Paul. It was partly to do with the fact that Paul's bikes tyres and I were not friends, but mainly because Paul is awesome at that bike riding thing. Paul would just shoot down these steep sections of trail without hesitation all while I am sticking all my weight all the way back behind the rear wheel skidding uncontrollably through the Black Forest. I to this day don't understand how he gets his big bikes around steep switchbacks on these trails; it shouldn't be possible, but I see it with my very own eyes.

We ride up all of these cool mountains to check out the amazing view over all of the valleys. It is supremely beautiful here, and after a long day on the bike, we get to have delicious ice cream, or milk shakes, or delicious traditional German food in many of the different local villages.

I really, really thank Paul, Eric and the rest of the mountain bike crew in Offenburg for making my stay incredible! 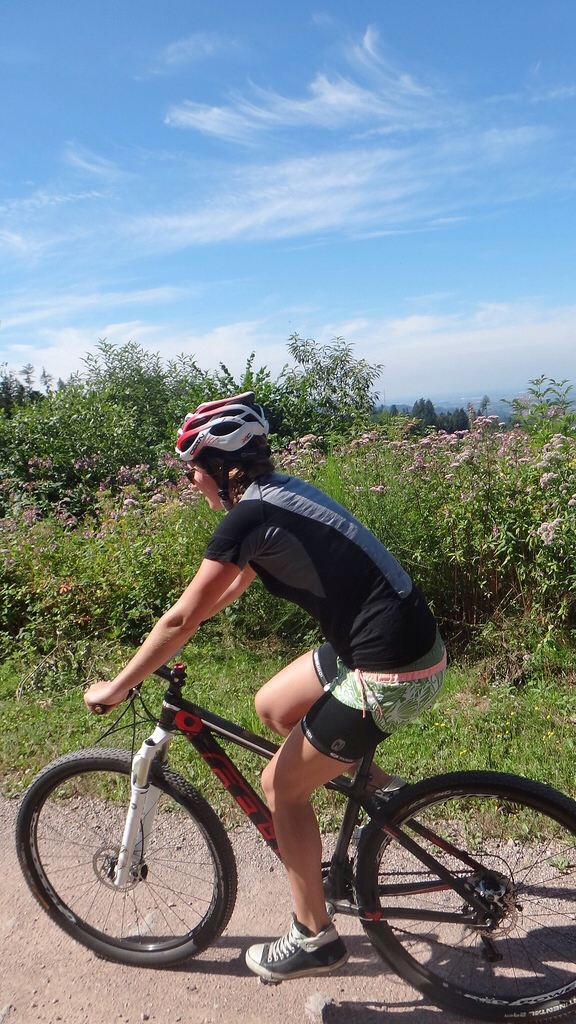 We were lucky to be able to experience Freiburg with my friend and local to the area, Jojo. You can read a bit about Jojo in THIS post. This man spent some time working with me in Australia, so it was really good to catch up in Germany. He always told me about the amazing mountains around Freiburg, but in my mind as a naive Australian, I never associated Germany with mountains and mountain biking!

My first mountain bike ride in Freiburg was with Jojo, Paul (yeah, he gets around) and Felix. Paul brought me one of his XL bicycles to ride for the day. Jojo didn't tell me much about where we were going except that it will take over one hour to ride down. Sounds good to me! Jojo and Felix had more downhill oriented mountain bikes than Paul and I, so they chose to take the chairlift to the top of the nearby mountain. Paul and I talked mans business up the gradual 45minute climb to the top. We rested for a bit and then pointed our bikes straight down the hill.

The trail was not designed for bikes like Paul's. Ideally we'd have more travel in our suspension and a lower centre of gravity between a longer wheelbase. Paul coped better than I did on the steep rocky section, but I took my time because I didn't want to break myself or Paul's delightful Felt.

The trail smoothed out and I got a lot more confident at speed. There were so many little bumps to jump off and have a bit of fun on. The views from the minor peaks we passed along the way were nothing short of amazing.

The bottom of the trail left me with a big grin, but I couldn't help but think how much better it would be with the appropriate bike.

I did another ride with Paul through a section of the Black Forest north of Freiburg. The loop was only meant to be a one hour ride out and two or three hour ride back. We took the best part of a day completing this one!

The trails were magical – we found some steep hiking trails up the first mountain. And when I say hiking trails, yes, we had to carry our bikes! We rode through wonderful valleys with a mixture of farms and natural environment, passing quaint little villages littered through the hills. It is safe to say we were pretty wrecked by the end!

My other times on a bike were on Jojo's downhill bike, a bike designed to travel down the steepest, roughest terrain. It was so much fun descending without worry on the steep, rocky, rooty trails around Freiburg!

Thanks so much Jojo, Paul and the crew for the opportunity to indulge in mountain biking again!

Alleykat is at Eurobike. We manage to borrow the Internet from Maximilian, the kind chap sleeping next door to us in the car park. Paul is online and has just offered to take us to the Mountain Bike World Championships in Saalfelden, Austria if we can get to his accommodation 100km away in Germany.

We cancel our train ticket to Munich and are now heading the opposite direction. Paul is overjoyed to see us as it has been a long season for him away from his friends and family, oh and hanging out with Alleykat is just too much fun.

After picking up some more riders from the Australian team, we are all in the big black van to Austria.

The World Championships are the most prestigious race in cross country mountain biking. It is at this event that you can be crowned the world champion for the full next year. 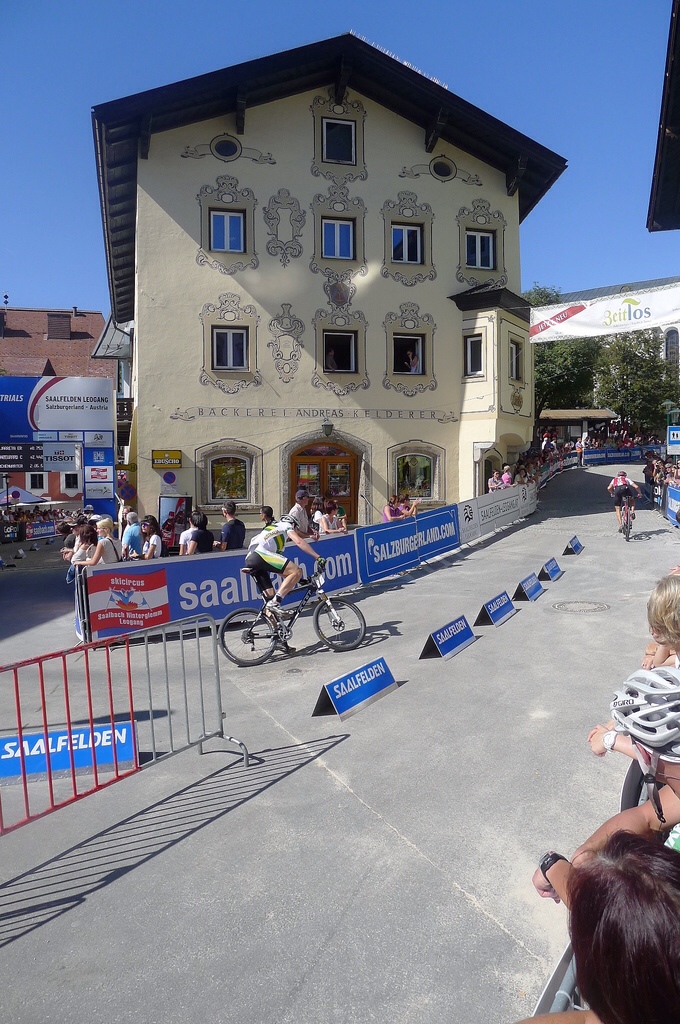 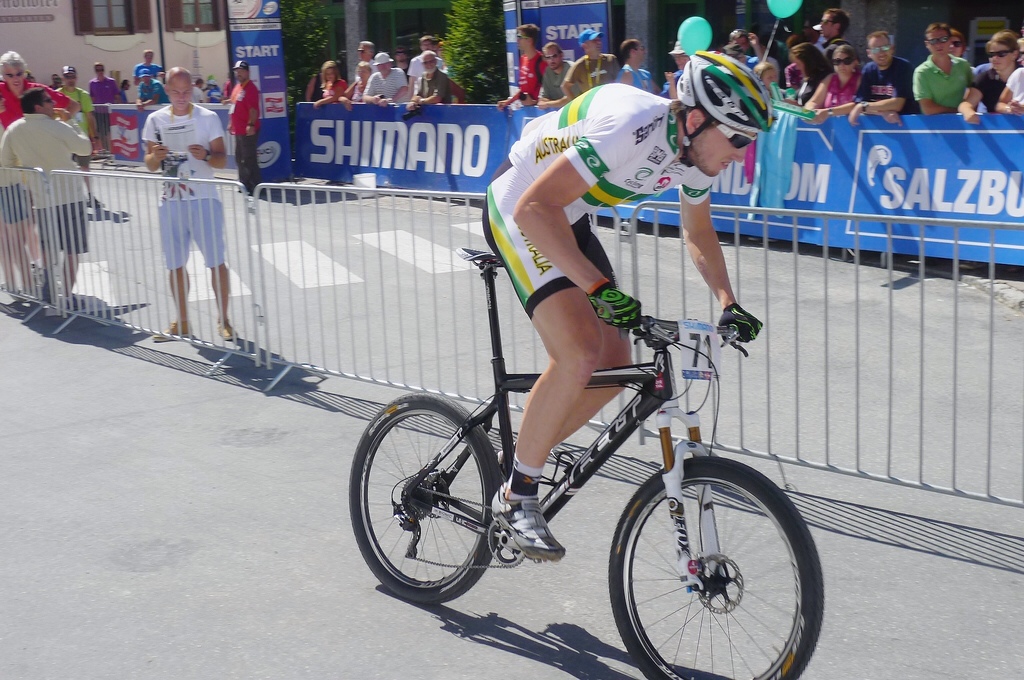 We spent a week at the foothills of the Alps where almost every day was perfect in every way. It was great seeing the preparation by both the riders and organisers that goes into an event like this.

It was amazing watching Paul slot into 8th place in the cross country eliminator! With not quite enough luck, Paul missed out on the final by a tyre width. A great result none-the-less!

Bali Photo Essay: Not Just A Place for Holiday Makers - A Biking Paradise

#BaliByBike 3: Getting Lost in the Balinese Mountains Video