How Cool Is The World’s First Bicycle Touring Board Game!?

I recently got an email from The Open Road telling me they’re putting the final touches on the world’s first bicycle touring board game. I’m all about incorporating bicycle touring into my every thought, so I thought it’d be cool to share. 😉 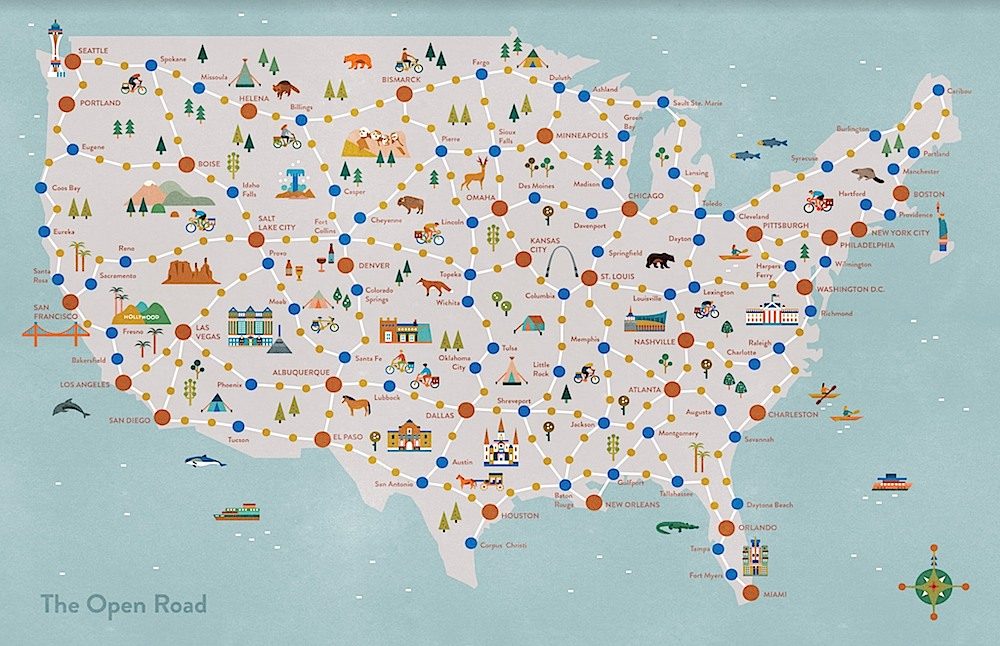 How Did The Bicycle Touring Board Game Come About?

Blair and Carl wanted to create a game that represented their love and passion for the outdoors. They thought about a variety of outdoors ideas and concepts for the game and eventually arrived at the decision to run with bicycle touring.

The map is largely based on the United States Bicycle Route System and features many of the landmarks that the USA is famous for. I’m fairly certain that playing this bicycle touring board game would be a great way to familiarise yourself with the geography of the USA! 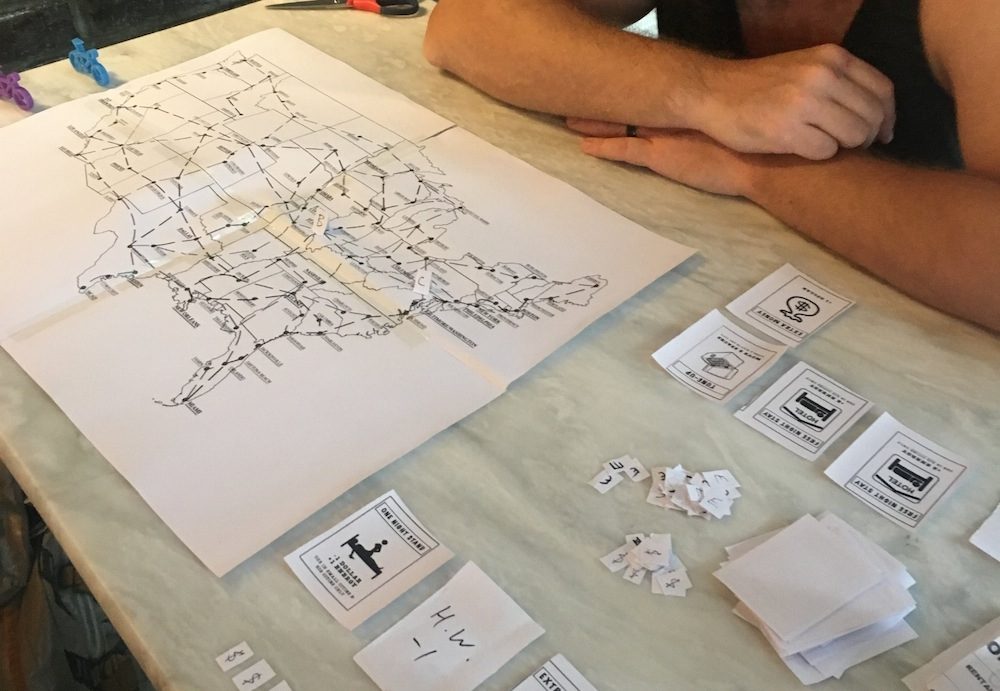 As the gameplay was finalised, they started producing prototypes that looked as much like the final version as possible. Blair and Carl took The Open Road to game-specific stores, as well as different restaurants and bars to test it with everyone.

They engaged Dutch artist Saskia Rasink to do all the illustration work. I think you’ll agree that her original designs look rather beautiful! 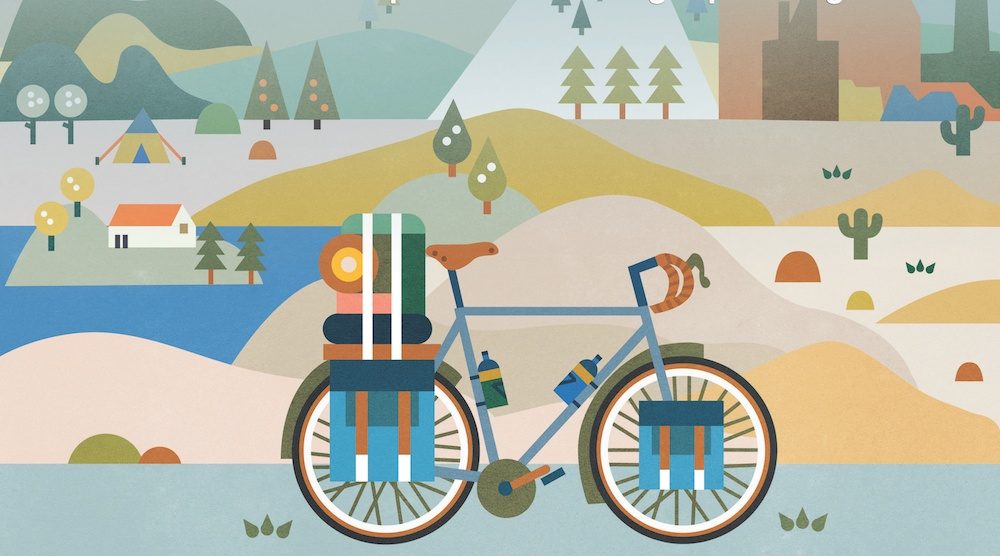 The object of the game is to journey from one coast to the other. It starts with each person selecting one east coast, west coast and heartland card. This determines the route you’ll be taking. Each person has a ‘pannier’ that they load with energy, money and playing cards. 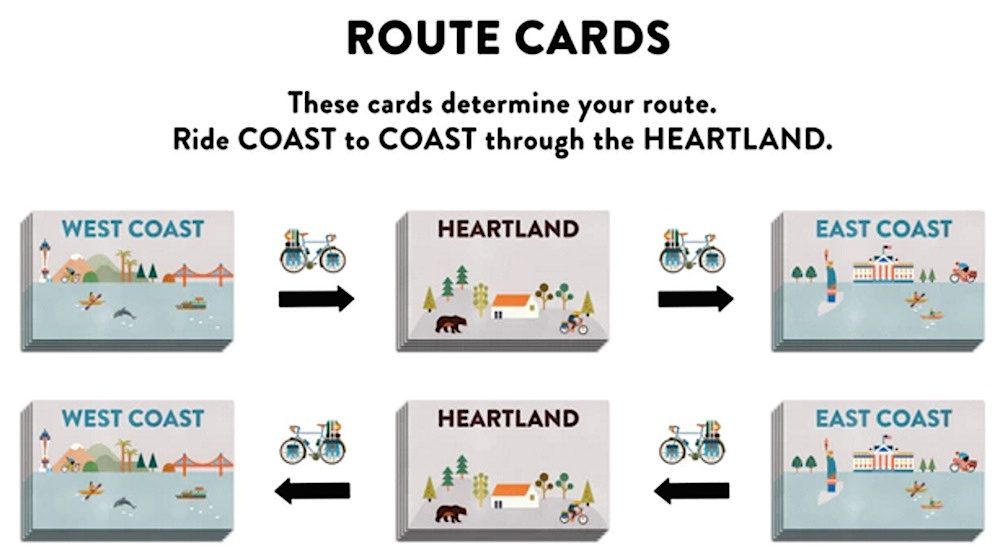 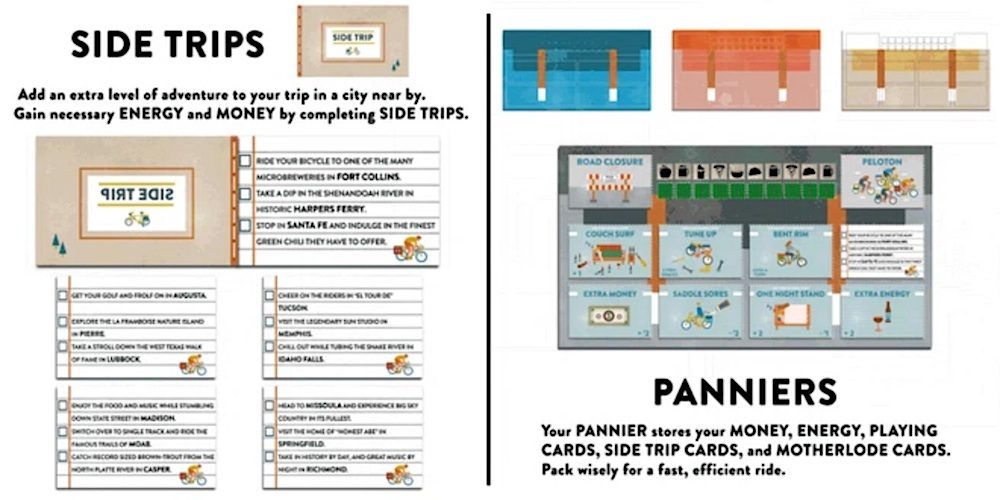 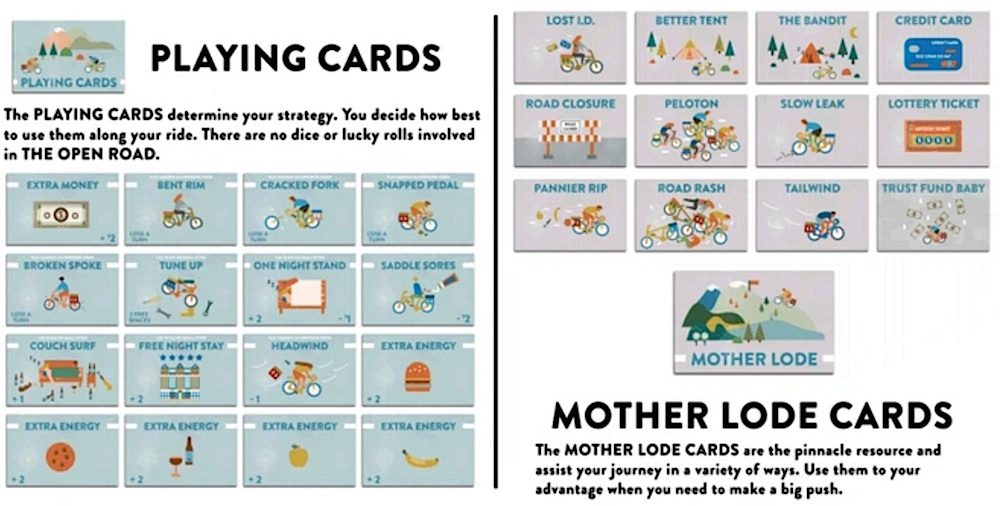 Energy cubes propel you forward, money cubes afford you luxuries and the playing cards offer strategic advantages. Like a bicycle tour, the tactical rationing of these resources will be necessary for completing your adventure. Accumulating playing cards and the more decisive Mother Lode Cards can give you an edge against other players. Headwinds, broken spokes, snapped pedals, thieves and more may disrupt your journey and force you to rethink your strategy. 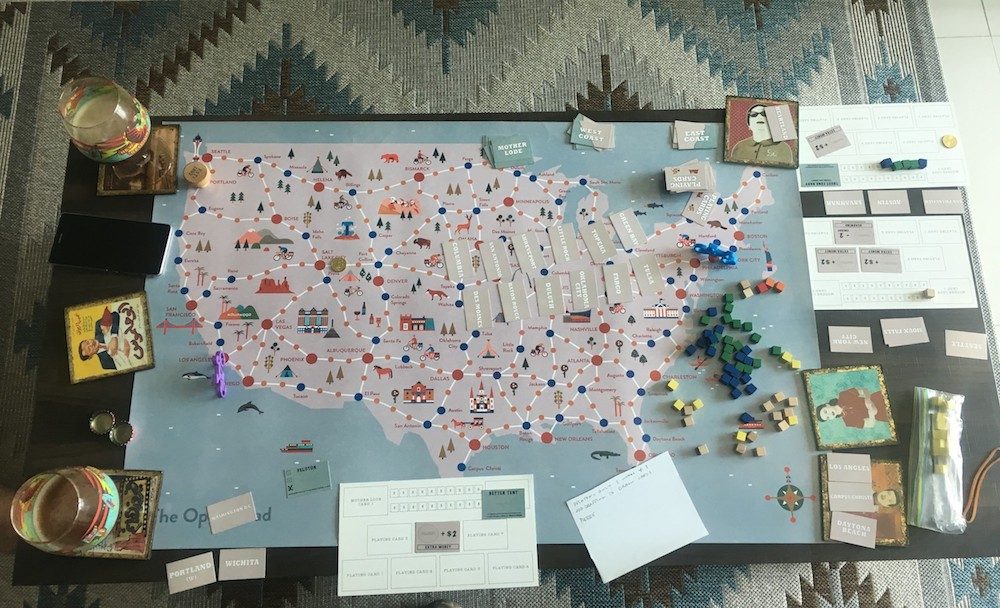 How To Get The Game

The Open Road is currently on Kickstarter and it’s only $40. If you back this game and it meets the $25,000 goal, the game will be delivered by the end of the year. Maybe this game is the perfect prep for completing my year-long, 12,679mi USA bike tour with 70-degree weather every day!?