A few months ago I received a survey to fill out from Mads Phikamphon who was seeking three of my favourite bicycle touring destinations. Little did I know but Mads was busy asking dozens of other long-distance bike tourers about their favourite places too!

If you aren’t already familiar with Mads’ work, make sure you check out his last infographic which incorporates 121 world touring cyclists + their bikes, trips and websites.

Which Countries Are The Most Popular?

Firstly, it’s pretty awesome that 66 different countries or regions were listed by long-distance cyclists as their favourite. This indicates the sheer diversity of places and cultures, and really goes to show that almost everywhere is amazing in its own way.

Chile was the most popular destination for bicycle touring, with almost a quarter of the people in the infographic recommending it! USA was a close second, with some cyclists listing multiple regions within the USA as their three favourite places to bike tour. Argentina was third, often listed in conjunction with Chile as they’re regularly coupled together on bike trips through Patagonia.

I take a closer look at the top-11 bike touring destinations from this infographic HERE.

The 159 Best Bicycle Touring Destinations in the World. 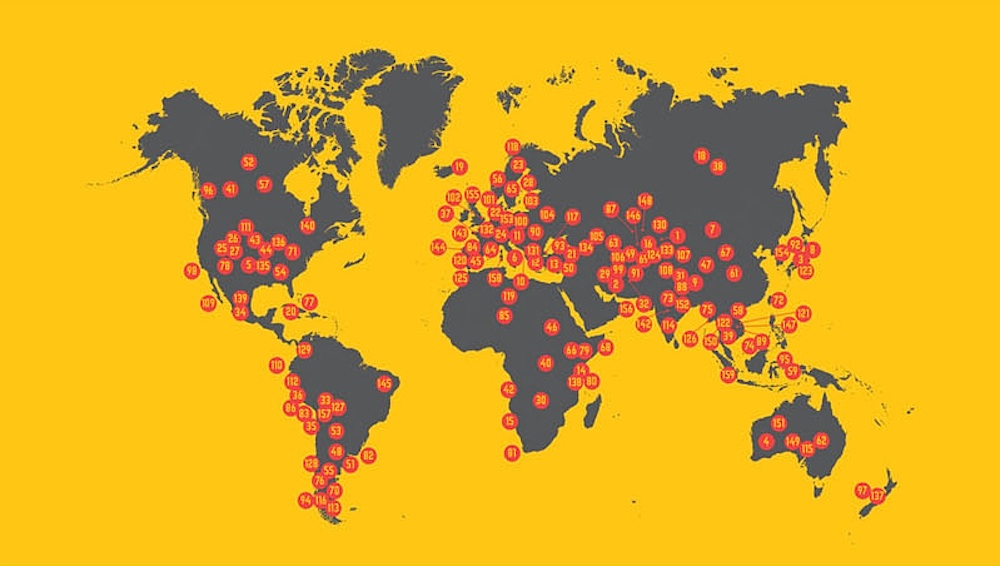 The best destinations to go bicycle touring in the world!