This month I cycled some of the crazy sections of the TEMBR trail between Quilotoa Lake, Cotopaxi Volcano and Quito. I made a film about the experience which you can check out HERE. 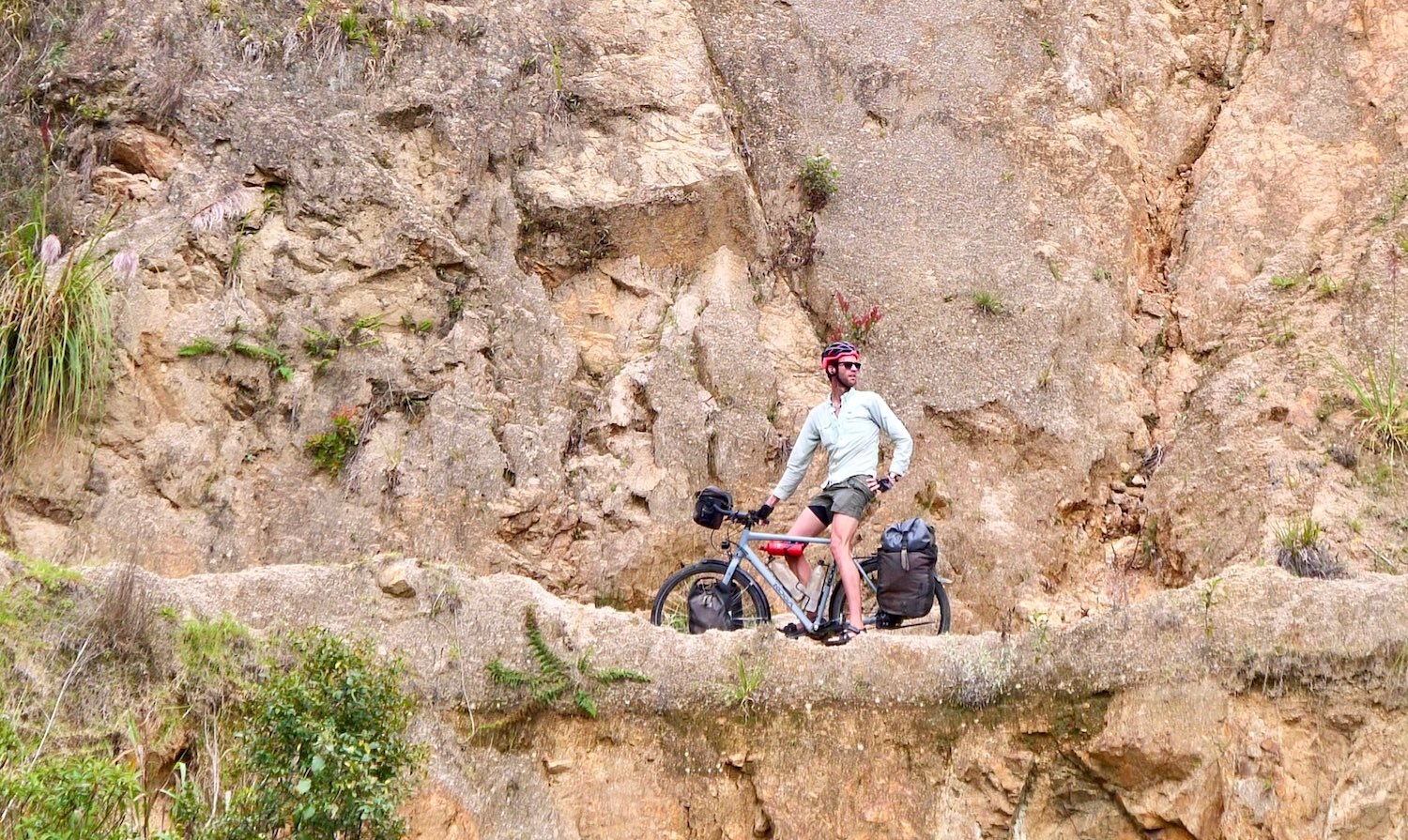 I’ve been complaining about the rain all wet season, but you know what, the last two weeks have dried up dramatically! Can’t wait to hit the road again and show you the northern section of the Trans Ecuador Mountain Bike Route. 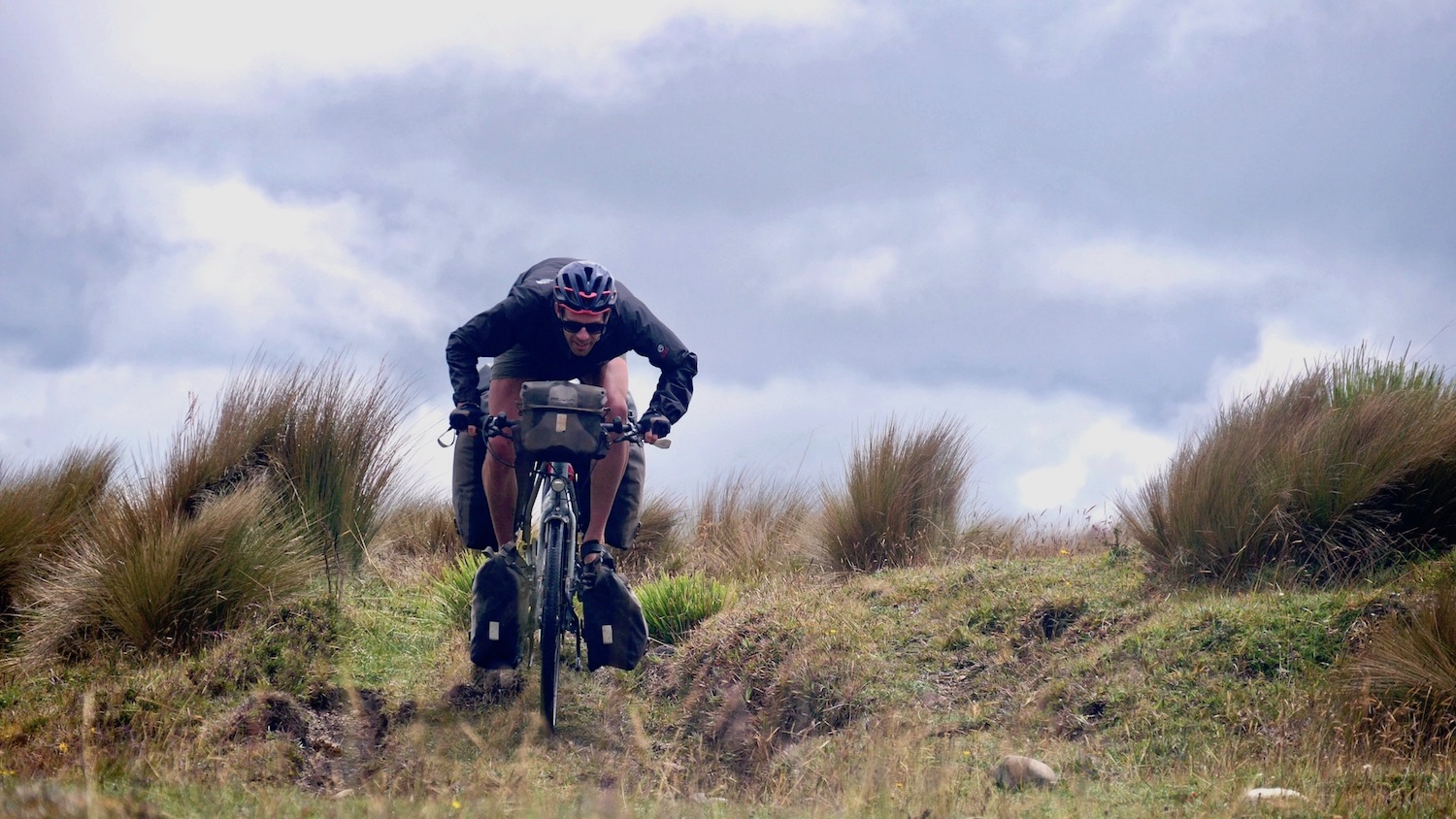 I tell the story about how I narrowly avoided getting robbed at knifepoint on my Ask Me Anything page this month! I do these regularly for fans of my videos and supporters of CyclingAbout.com. It’s essentially a way to offset the costs associated with video production and the operation of a large website (I’m lucky to break even on these things – but I do them ‘cos I’m passionate about them). 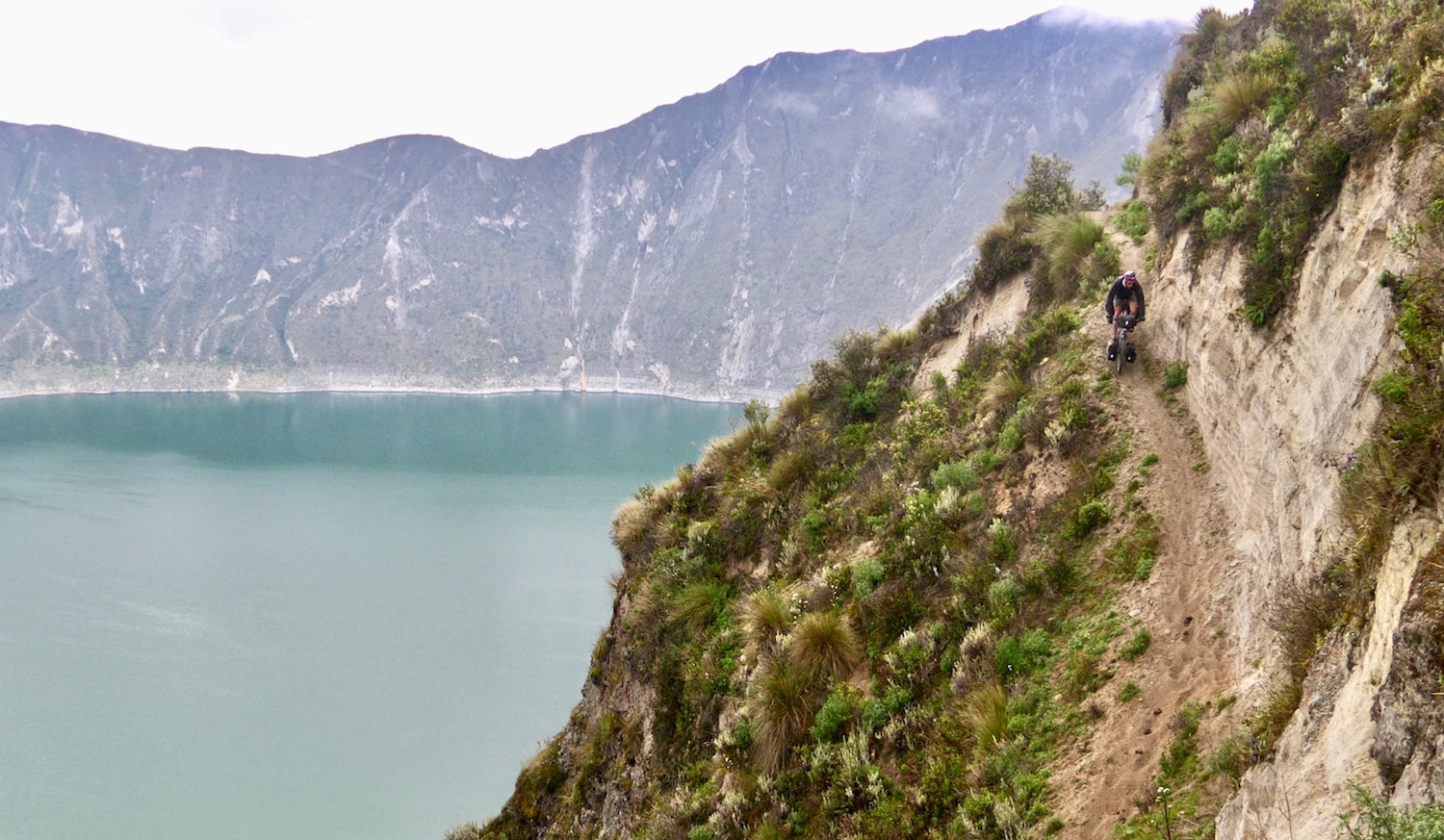 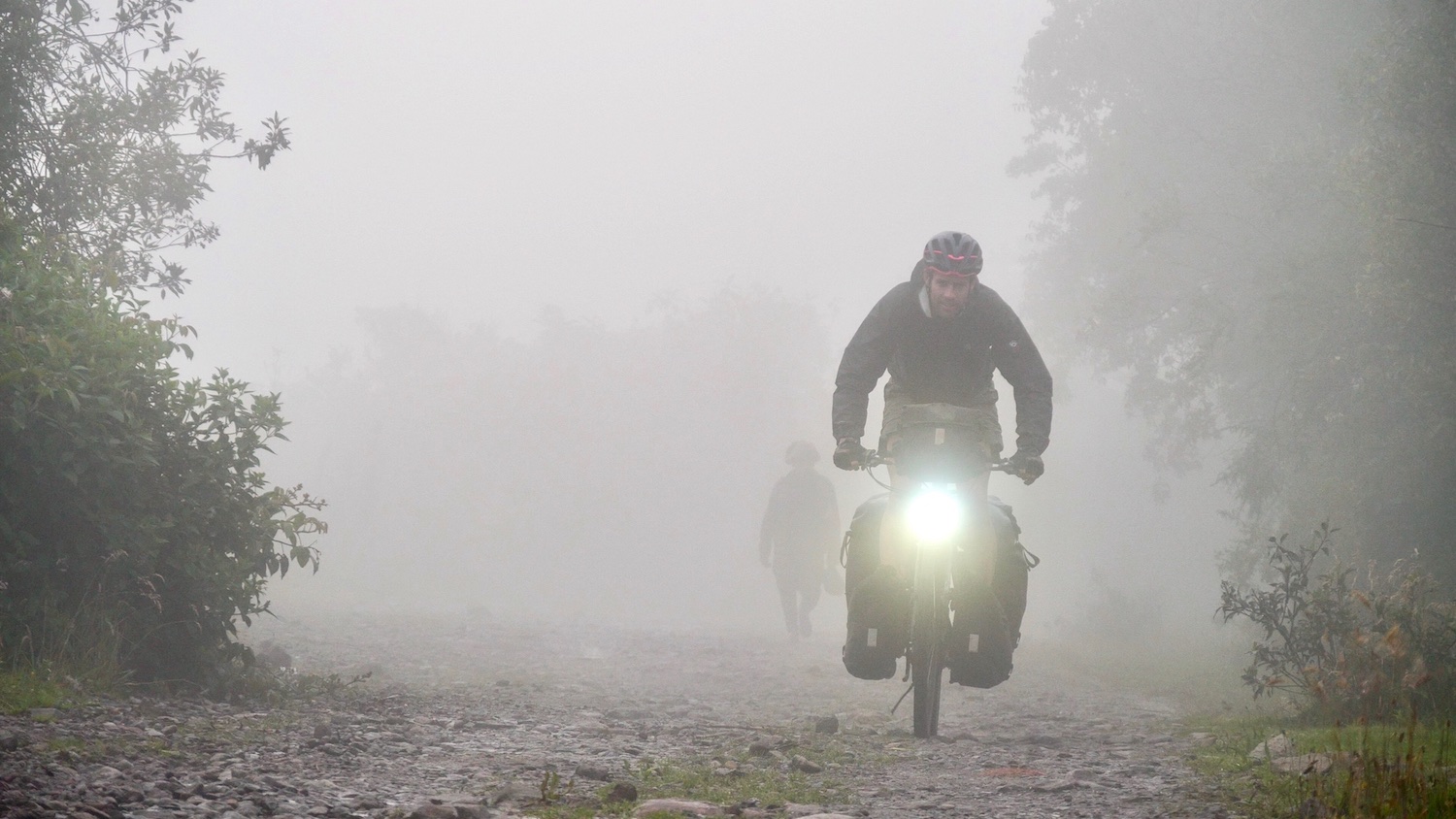 I wish I could show you more, but this has been my view the last few days. Inside I’m burning up a little knowing that I’m climbing massive mountains (with amazing views) but never actually reaping the rewards. Let’s hope the weather fines up soon! 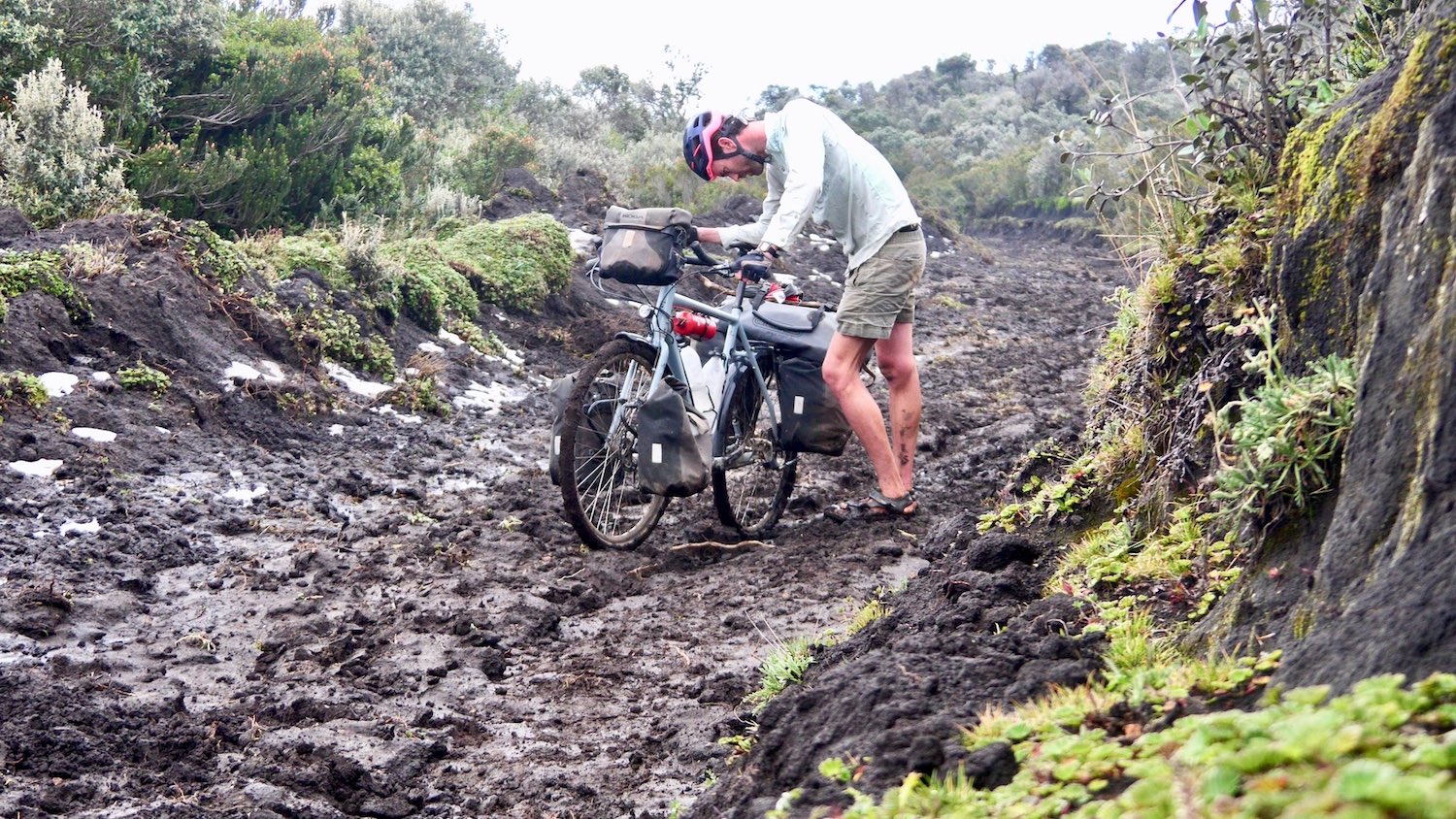 How do you defeat Alee D? Still not sure, but sticky mud and 20% gradients will get you close. 😅 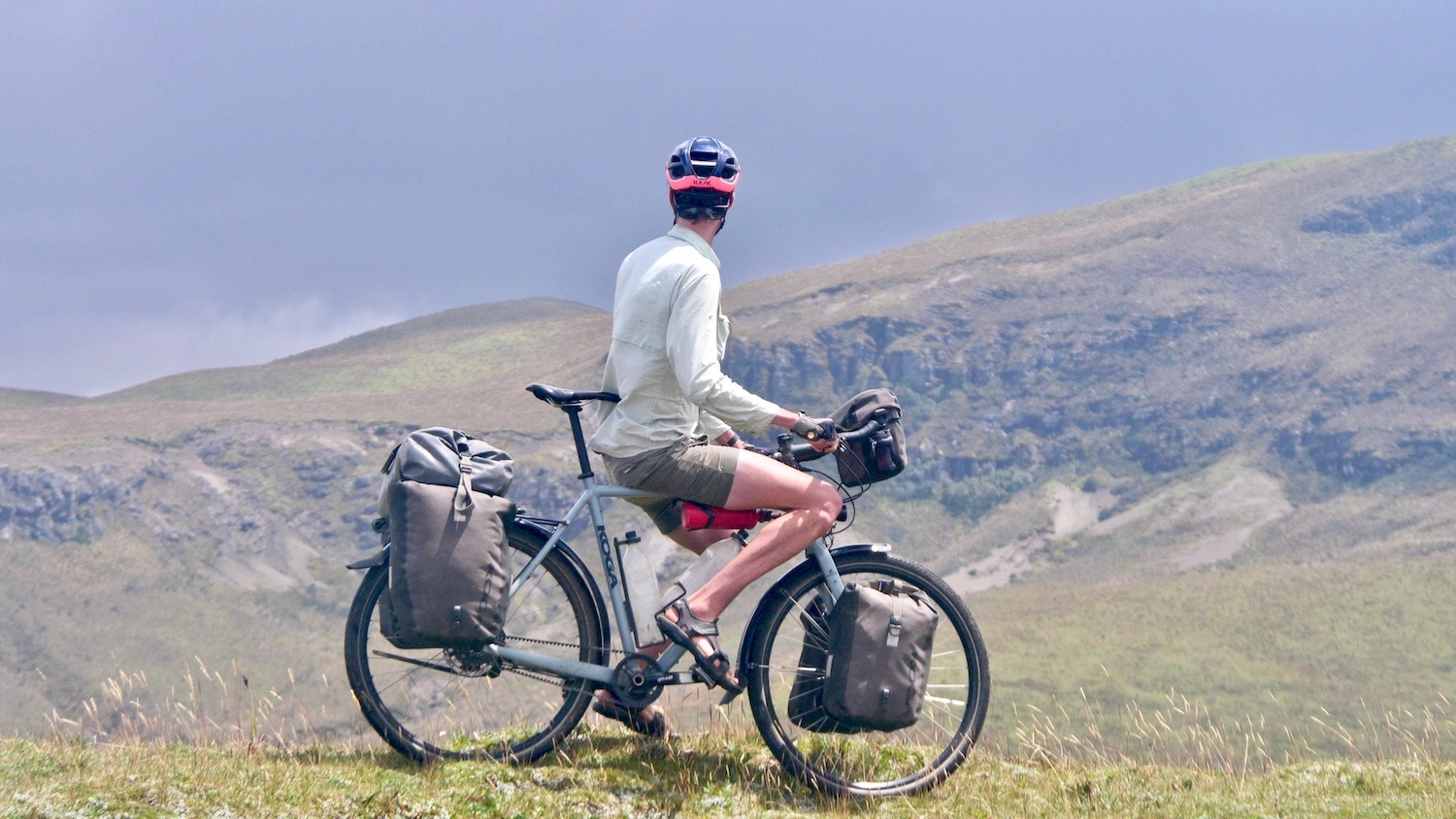 I was about to open a gate into another grassy field when two cowboys approached on horseback. I explained that I was following a track back towards civilisation after spending the last week high in the mountains. They then jumped off their horses and began talking amongst themselves. I was told to follow one cowboy to a different gate while the other cowboy jumped up high on the fence and started waving his hat. Then out of the distance, a bull was charging straight at him! The bull stopped a metre from the fence and started scraping its feet on the ground while massive amounts of stream were pouring through its nostrils. It looked pissed. Real pissed. While the cowboy was distracting the bull, I followed the other cowboy through a different gate into the same field as the bull. But our plan backfired when the giant animal noticed… and charged straight at us!! I dropped my bike and climbed the fence in a split second while the cowboy somehow manoeuvred the raging bull through the gate into the field where we’d just come from. Not sure how this situation would’ve played out without the two cowboys there to help, but I can’t imagine it would’ve been great. 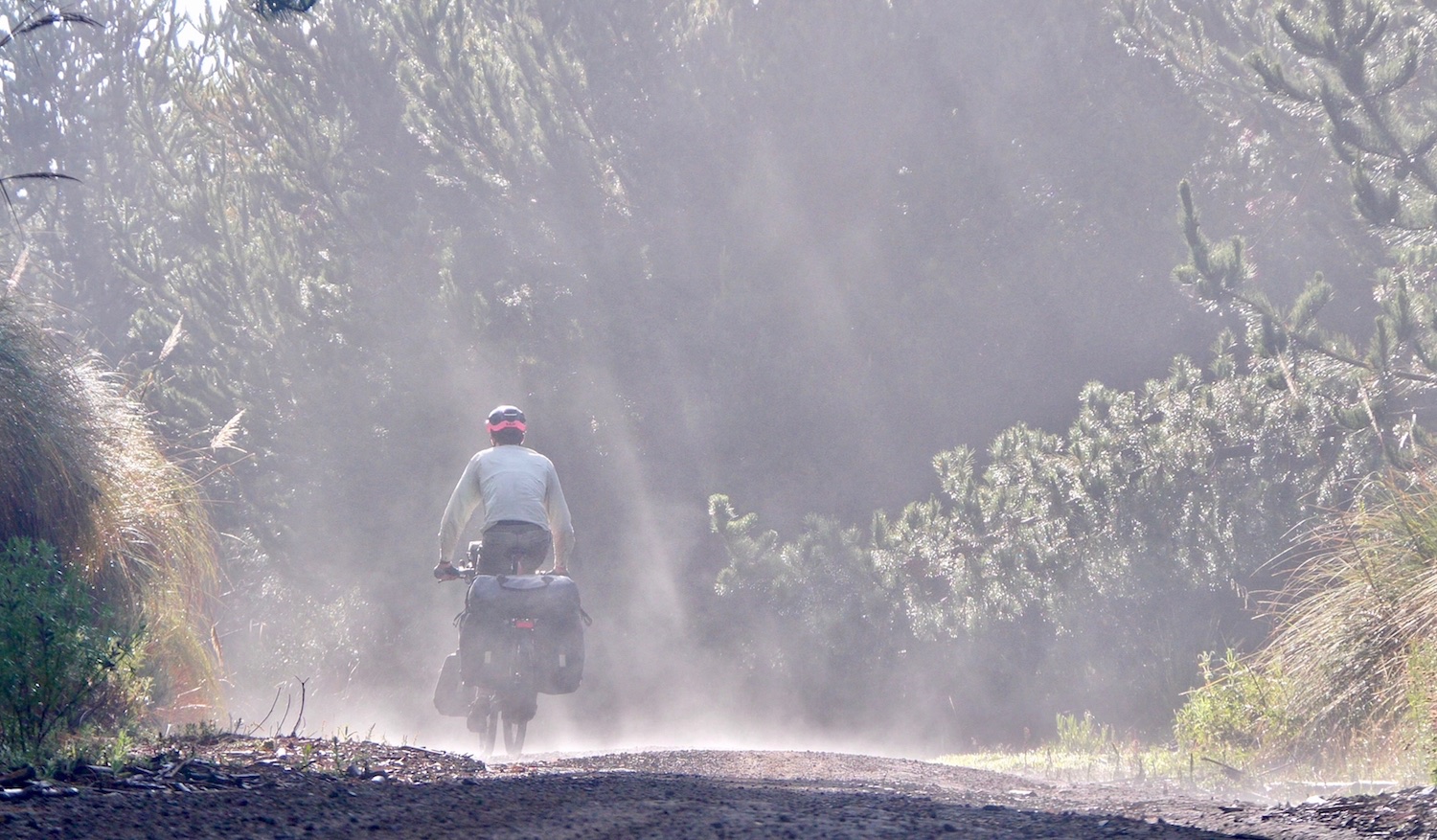 In the high mountain areas, I’ve been waking up at 5:30am every day just to ride through the morning mist. If I’m on the bike by 7am, the sun will cut beautifully through the mist to create shots like this. 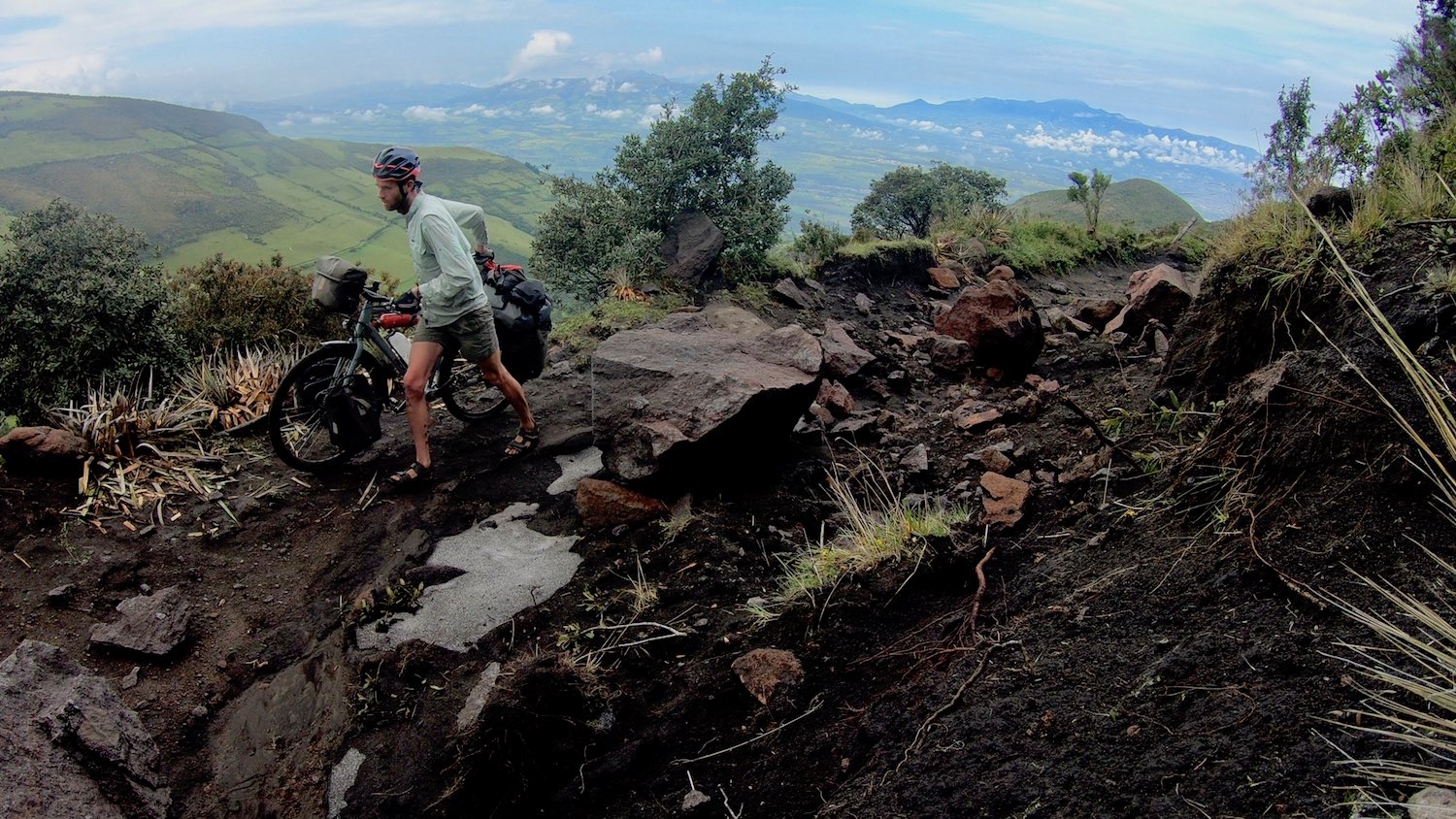 This is a road, but it’s only fit for cycling, horse riding and walking. It’s my favourite kind of road thanks to the incredible viewz & endless solitude, but a side benefit is that there’s also a 0% chance I’ll get run over by a car. 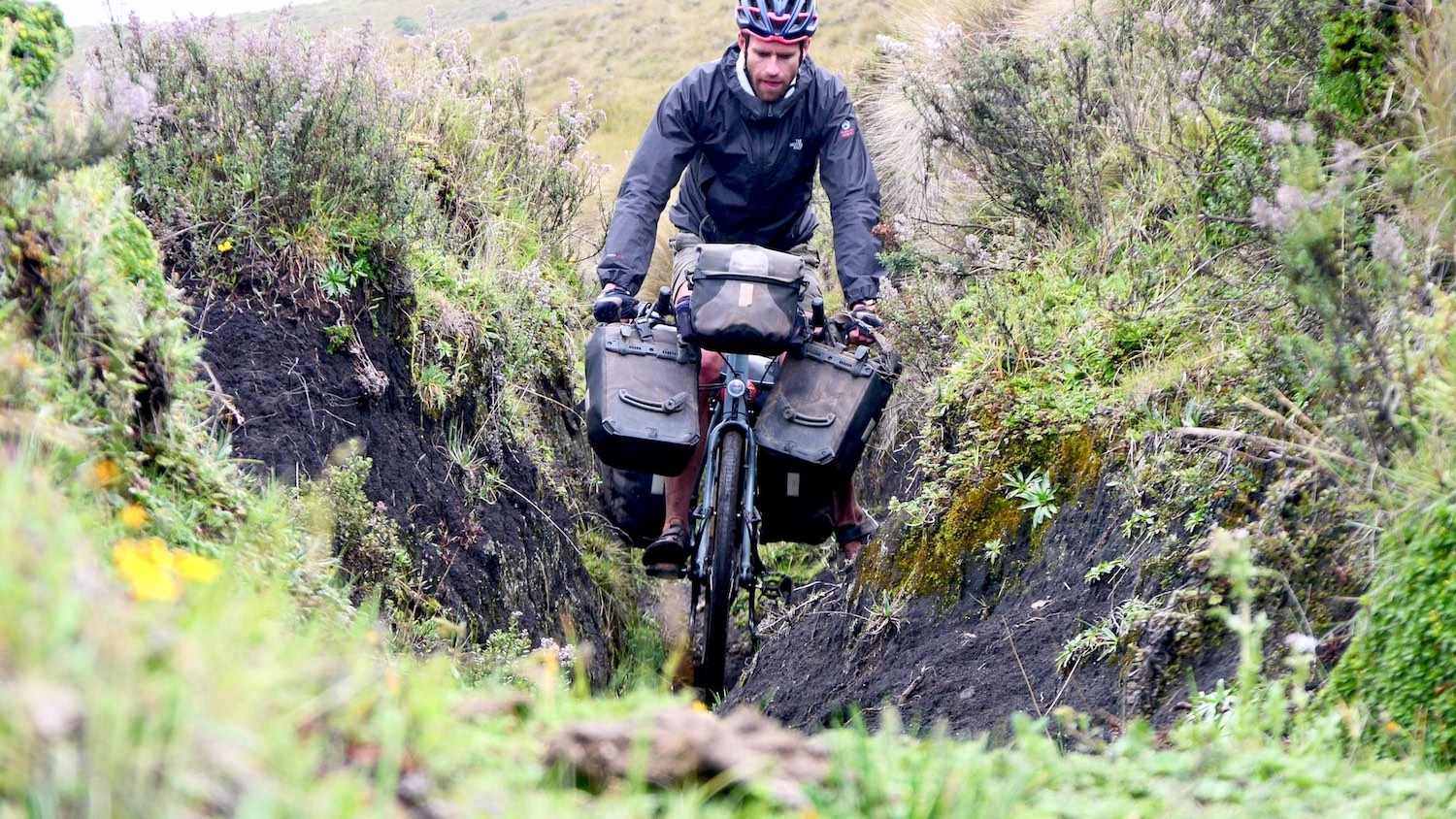 Ever wondered how I get extra ground clearance when I need it?!? Koga Denham handlebar horns delivering the goods. 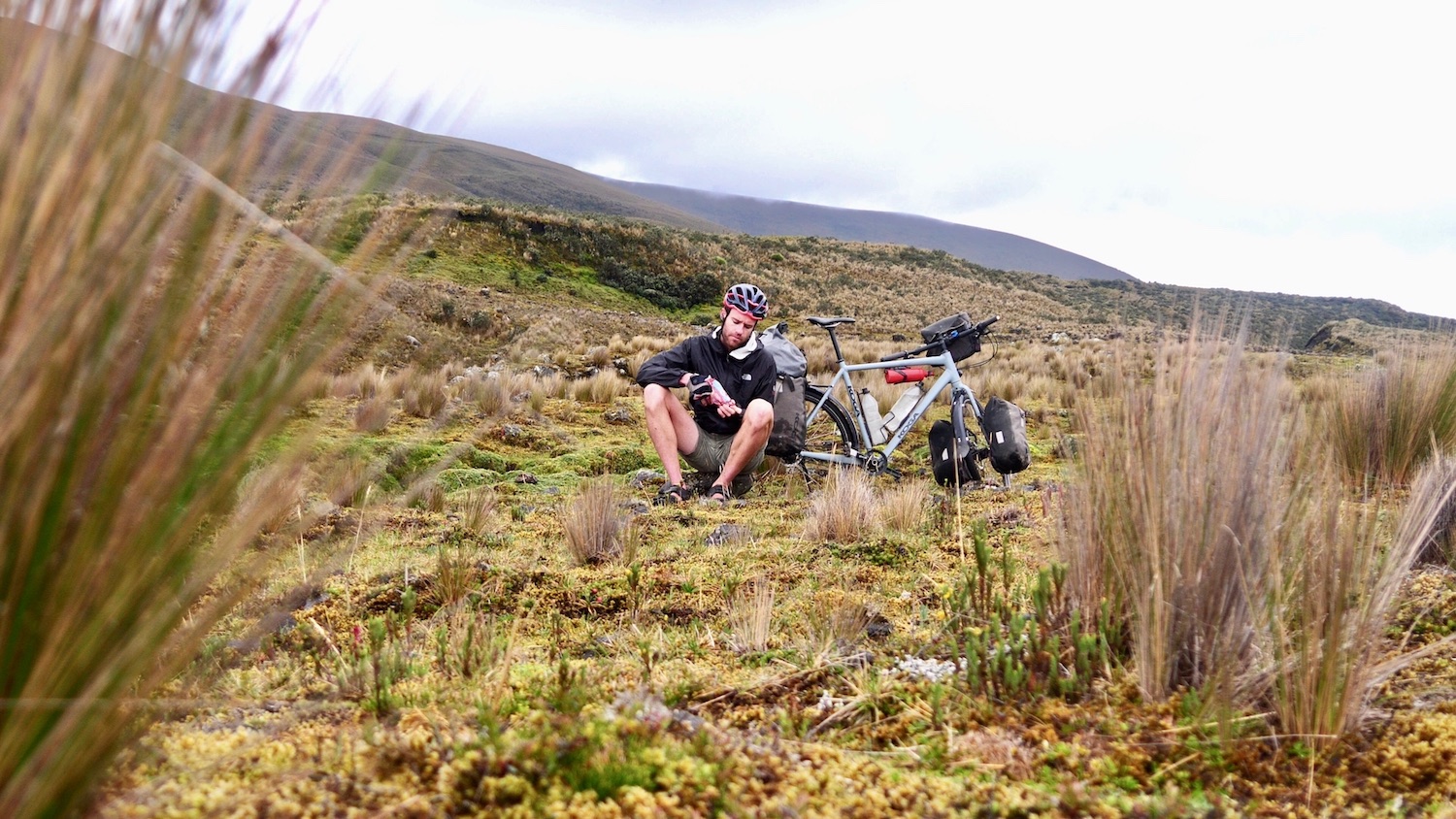 What you’re looking at is an expert snacker. He is on the go from sunrise to sunset with no big meals or breaks! He thrives on short stops which include stuffing his mouth with nuts (yeah, not those nuts), dried fruit (prunes por favor), Lupin beans (an Ecuadorian speciality), breads (wraps preferred), avocados (with hot sauce), peanut butter (the calorie king), potato chips (his vice) and coconut biscuits (pictured 🤤). 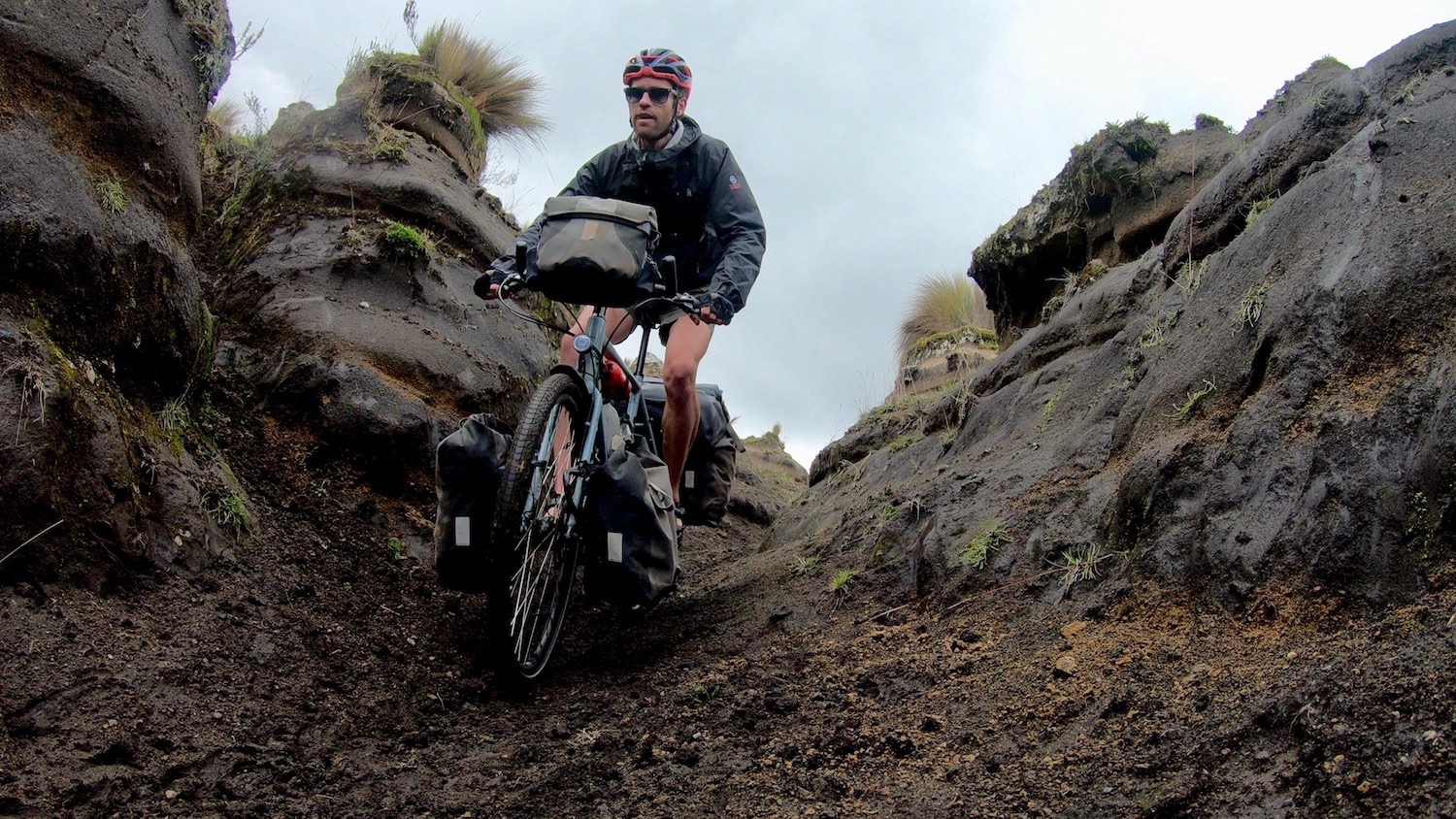 Descending the black volcanic dirt behind the second tallest mountain in Ecuador (5897m/19347ft). Only some flowing lava would make this experience better! 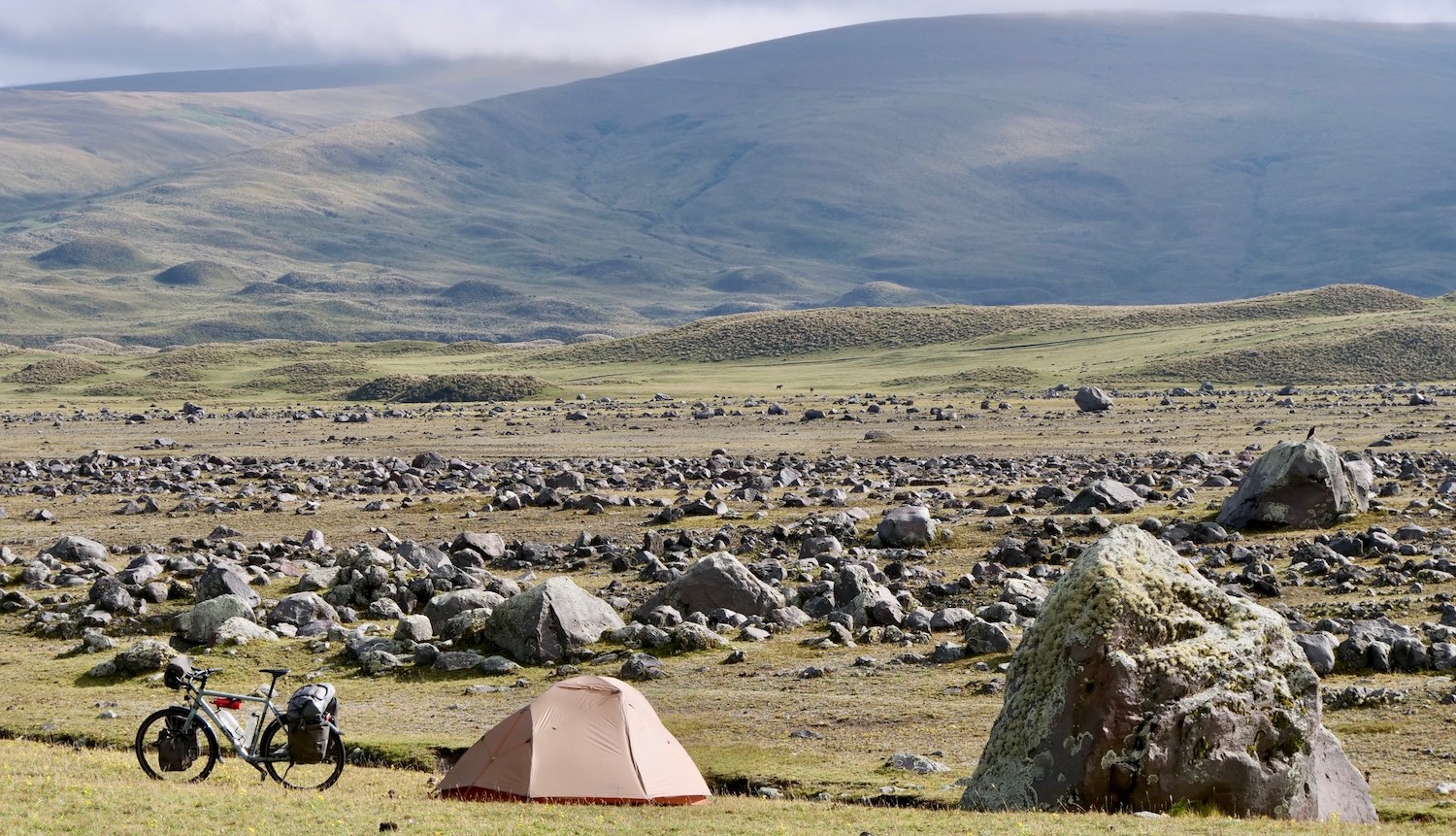 10/10 camping on the Ecuadorian Páramo. Not a tree in sight! 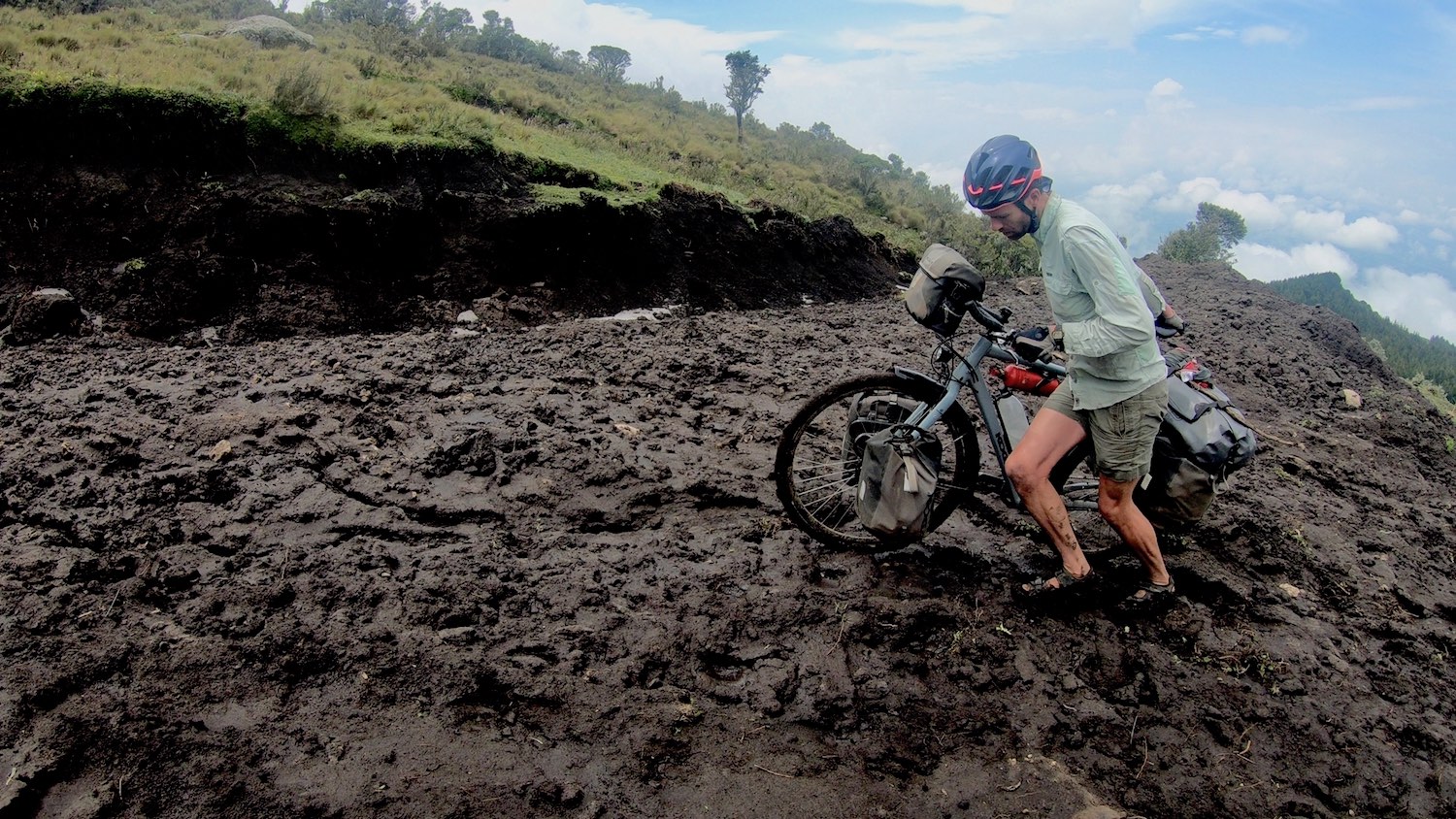 FML 😫 My next film drops in a few days though! It’s a special one because it features Michael Dammer who is one of the route designers of the Trans Ecuador. He provides insights on the history, geography, ecosystems and experience of crossing Ecuador on a bike! Note: this road is not the TEMBR, it’s an Alee-route. 🙄😅 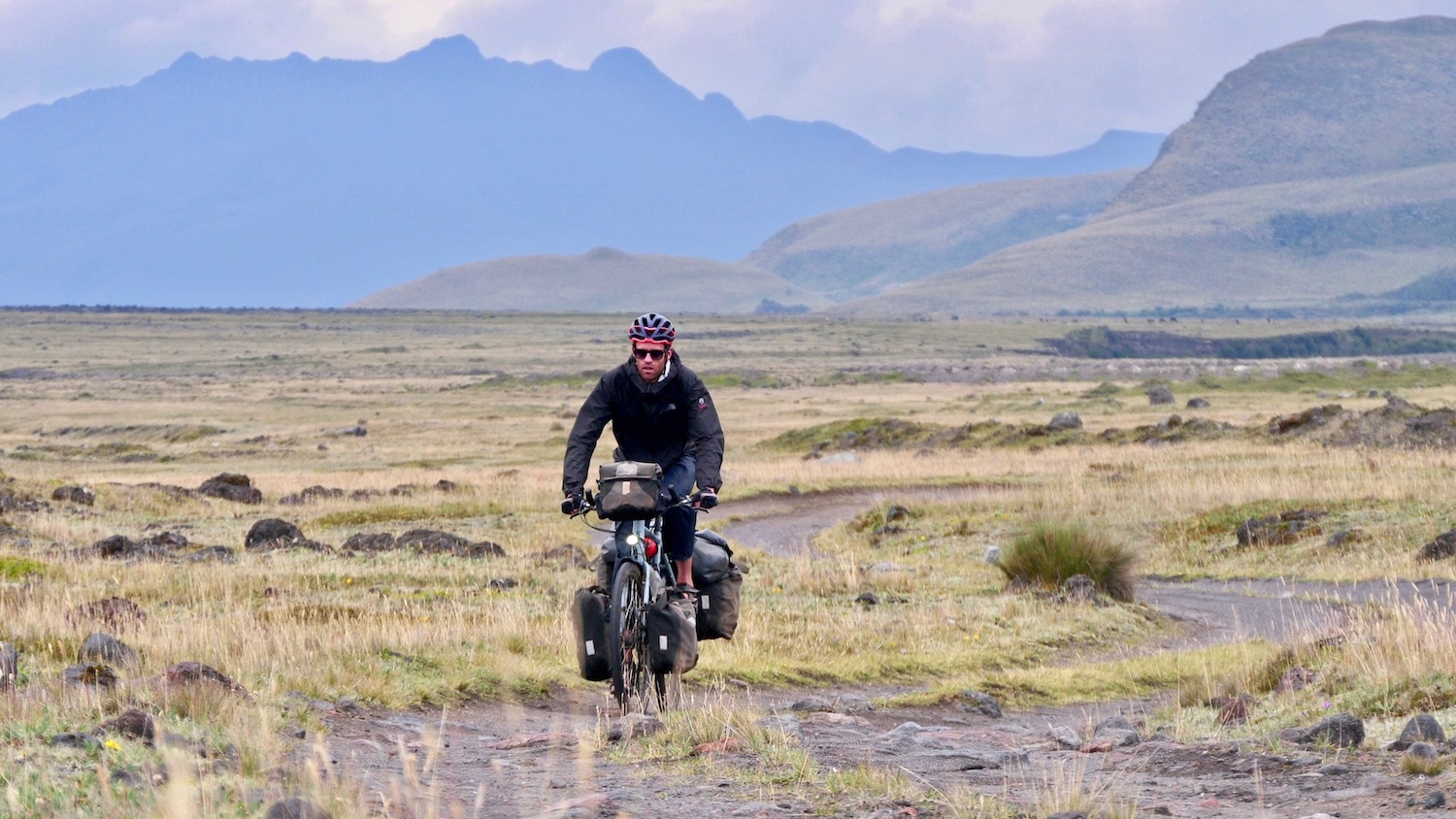 I still can’t get my head around how the weather is so consistent here. There seem to be so many variables involved with the weather, yet in the mountains every day there is a big thunderstorm within 10 minutes of 3PM, without fail. Anyone actually know how/why this weather phenomenon occurs??? 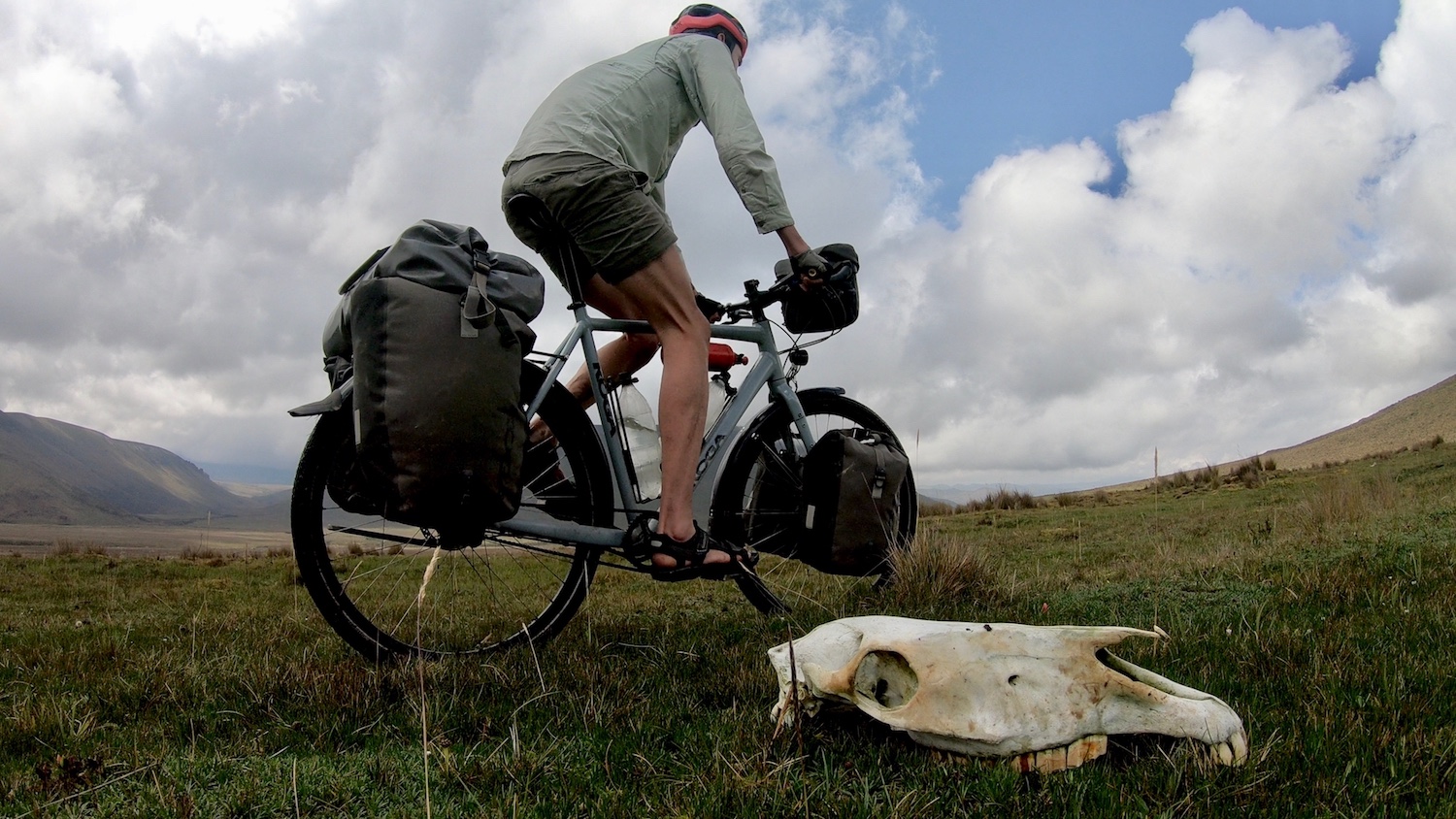 I’ve explored some very wild places recently, but not everyone survived the journey with me! The most secluded places of Ecuador have been particularly hard to access (check my latest film to see the madness). But in many countries, this isn’t the case. For example, in Australia or Peru, I can cycle on dirt roads less than 100km and get to some places just as remote. 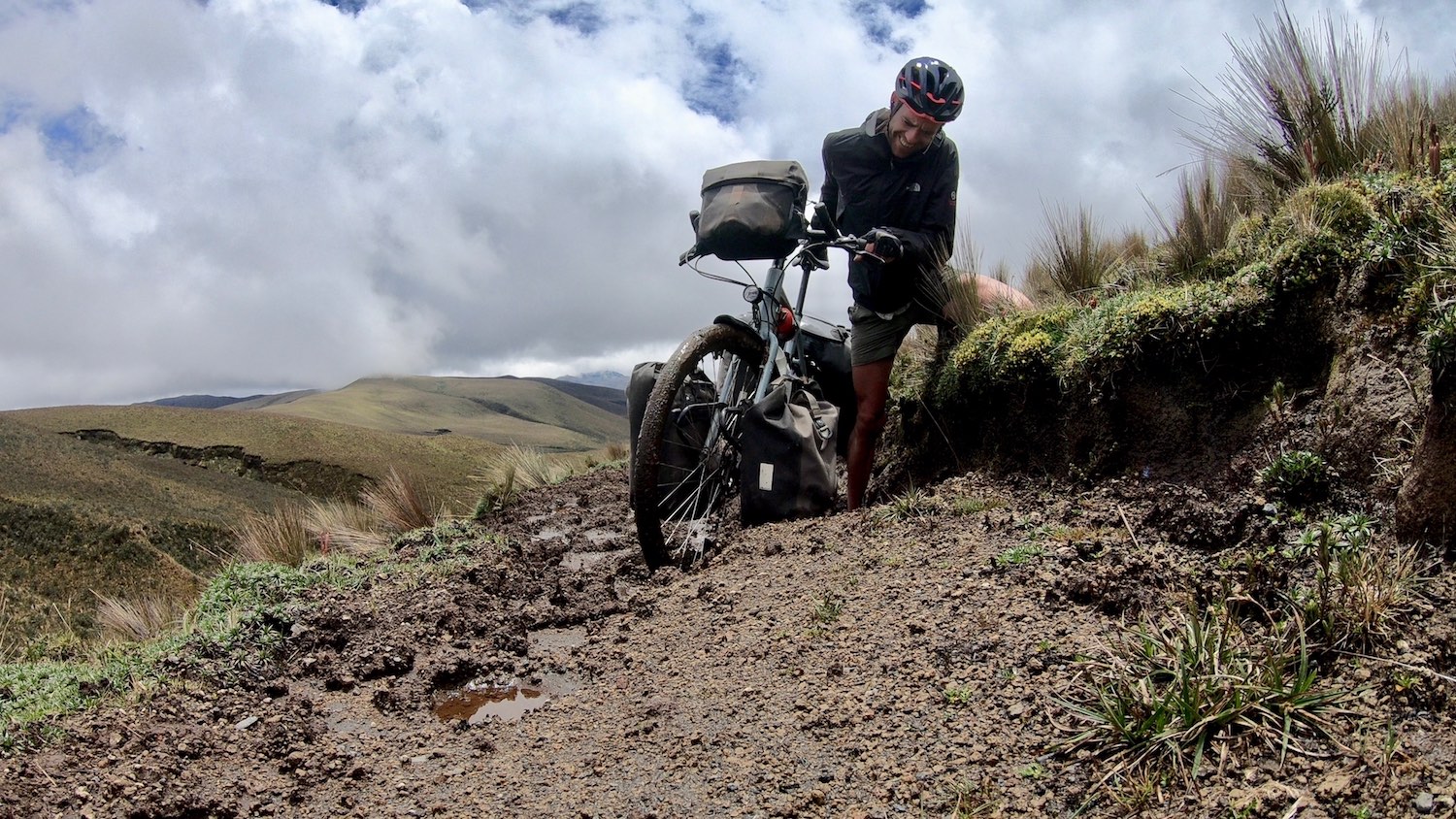 People often comment on how calm I am through adversity. This is a behaviour I’ve taught myself since I was a teenager. I almost remember the precise moment I decided to be a calm person. It was after an interaction with a car driver that had cut me off and verbally abused me while cycling. I was filled with rage, and it ruined my day. I didn’t want to have this happen again, so I trained myself to take a more philosophical view on life which involved controlling what I could and letting the rest wash over. Living this way has allowed me to prosper in high-stress situations, enjoy more things, not dwell on the past and maintain an overall more positive mood!

Photo Gallery: Finishing The Trans Ecuador and Cycling Into Colombia

Video: Mission Colombia // A Wild Ride from the Equator to Death Road [EP.12]

One More Year, Please: I'm Extending My Bike Ride From Argentina to Alaska!