Co-Motion Cycles Introduces the Divide Pinion: Is This My Dream Touring Bike?

I just noticed that you’ve been at the North American Handmade Bike Show (NAHBS) showing off some of your 2016 bikes. That’s pretty awesome – I’m sure you got lots of great feedback on the bikes that you put together for people.

I love that you attend handmade bike shows with your well-designed and superbly-constructed bikes, complete with a price tag. The majority of other builders seem to only produce one-off show bikes, with fancy paint and extra complexity that offers no real benefits. There’s obviously a place for artisan bicycles – heck, they look amazing and I really appreciate the creativity, time and effort invested in them. But at the end of the day, it’s awesome that people can literally order one of the world’s best custom touring bikes from you… from the show floor. So props to you!

I’m pretty sure you’re well aware of my love for the custom tandem touring bike you built for me in 2013. Having ridden lots of tandems over the years, it’s safe to say that your Equator is the best I’ve swung a leg over – especially with a touring load. I went on to ride it over 20,000km through I don’t even know how many countries.

Other than shooting mad props your way, the reason I’m writing to you is that I’m concerned my bank balance could be jeopardised at any moment, and I have reason to believe that you’ll have something to do with it. 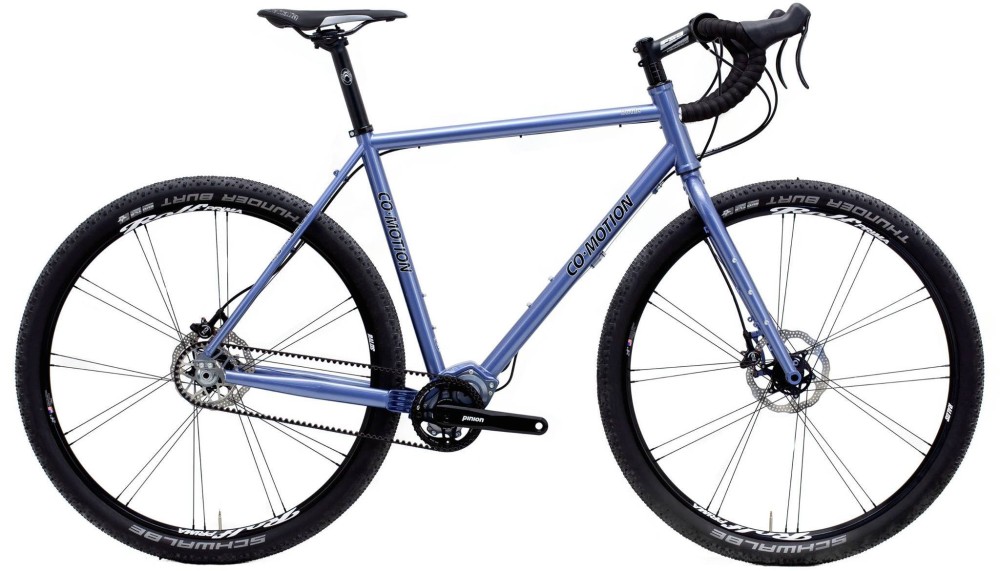 You’ve been putting together steel touring bikes for almost 30 years, and you’re now using Reynolds 725 oversized tubing which I believe is exclusive to you. This exact tubing has provided me with an unbelievably stiff tandem – I’m only guessing you could load this Divide up with just about anything and still be able to ride it hard. You’ve even got new thru-axles front and rear which should reduce dropout flex and make the disc caliper pull up even better.

The in-house chainstay yoke looks to yield even more tyre clearance, so I could probably ride this bike on almost any road in the world, right? With 29er MTB wheels, I’d say so. 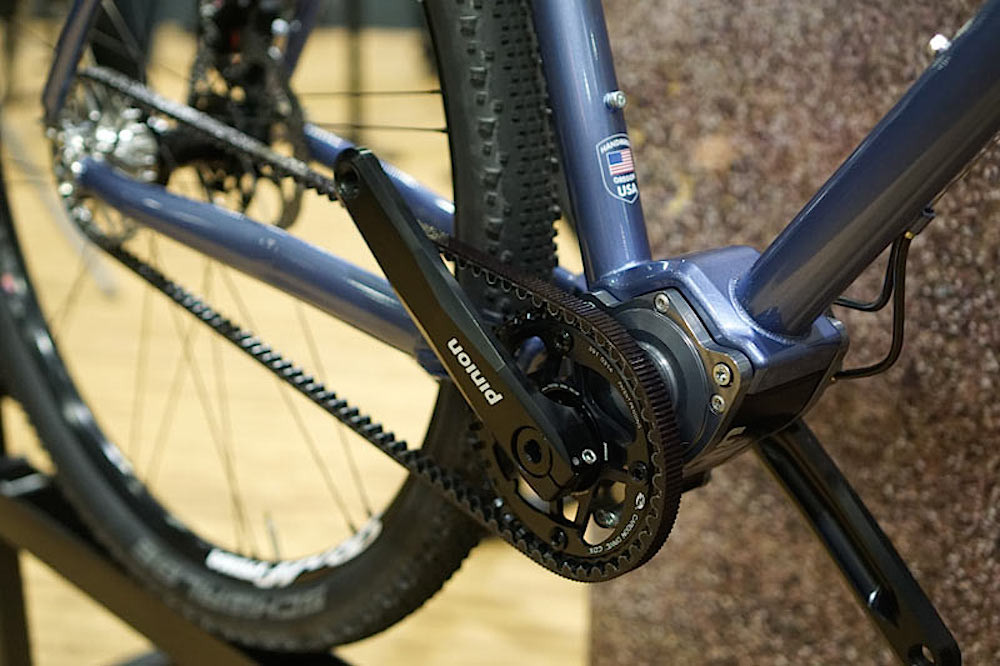 But it’s the Pinion gearbox that would probably provide the lethal blow to my bank account. Having used a Rohloff hub for 100,000km+ through over 40 countries, I really want to try out a Pinion gearbox. I hear the low-to-high gear range provides both an 18 gear inch low gear AND 115 gear inch high gear (636%). That’s awesome because I don’t think I’d need anything more! Those gears look to be spread over 18 gears with smaller gaps than my Rohloff too…

Don’t even get me started on your in-house stainless steel dropouts. They are such a nice touch. And Gates Carbon Belt Drive… can you read my mind? After riding over 30,000 silent kilometres before wearing out a belt, in addition to never having a greasy chain to maintain – I am certainly a belt convert, especially for long-distance touring bikes.

Just when I thought you’d done everything to take my money, you go and custom-make a Pinion 18-speed shifter to fit on a road handlebar. Here I was looking for an excuse to not need a Pinion drivetrain, and you provided a shifting solution without me even asking. That’s not fair!

I hope you’re able to bear the full responsibility of my health deterioration as I transition across to a two-minute noodle diet. Next time you’re planning on producing my dream touring bike, please stop and think about how it will affect my daily life. A little notice would be nice!

For A Complete List of Pinion Touring Bikes Head HERE