I have a soft spot for Basso bikes. I owned a Basso Astra carbon road bike for a number of years, and it still remains the nicest riding road bike I’ve ever swung my leg over. It seemed to excel at everything – it was lovely and stiff yet did an exceptional job of absorbing road buzz. It was the kind of bike where I could ride 200km day after day and feel great. When I saw that Basso were constructing a steel touring bike called the Basso Ulisse… I started to get a bit excited!

Basso have been building road bikes in Italy since the 1970s. They’ve always been at the forefront in terms of frame construction, specialising in materials from steel to aluminium and more recently carbon. Their 2016 bike line up features both carbon and steel. 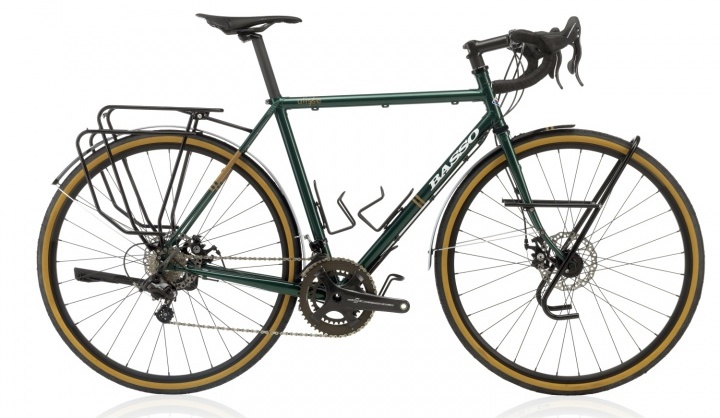 There is limited information on the Basso website about the type of steel tubing used in the Ulisse. What I do know is that the tubing comes from German firm Mannesmann. You probably haven’t heard of them, but they have a VERY long history of working with steel. Mannesmann were established in 1890 and actually invented the first drawing and butting technique for a seamless steel tube. These days they do very little of the world’s steel frame tubing for bicycles, but in the past they’ve made some really nice custom shaped, triple-butted tube sets for selected manufacturers. 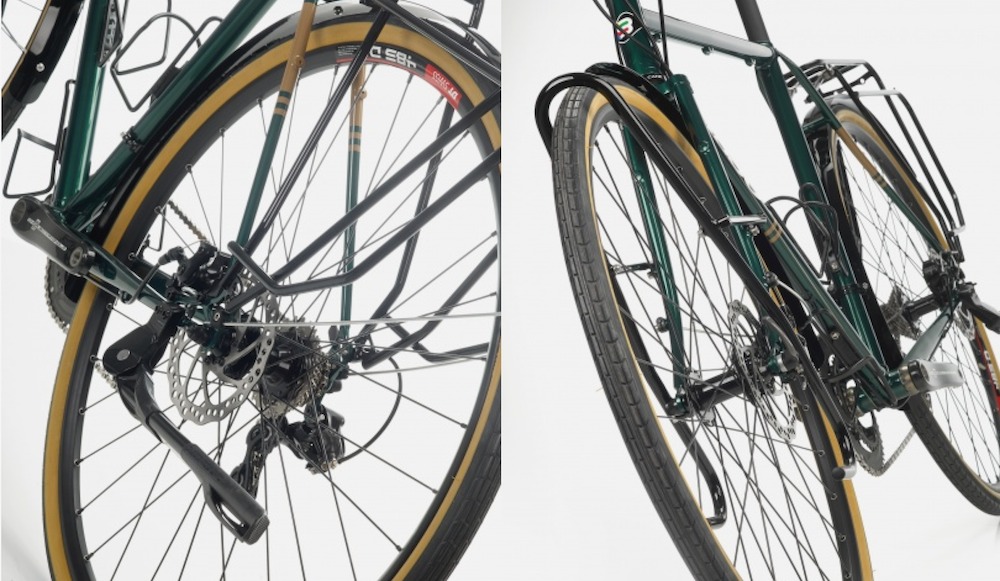 Like almost all Basso frames, the Ulisse is constructed in Italy. It uses lugs to connect each tube together, while embossed BASSO lettering on the seatstay and the integrated seat clamp bolt complete the classic look. A few nice touring features on this frame include a ‘fork stop’ on the down tube which prevents the handlebars turning more than 90 degrees, a kickstand mount, rim brake bosses AND disc brake tabs, three bidon mounts, and of course fender and rack eyelets. The Basso painting process is always top notch: six layers of paint go onto each frame and an electrochemical pretreatment keeps the frame from corrosion. 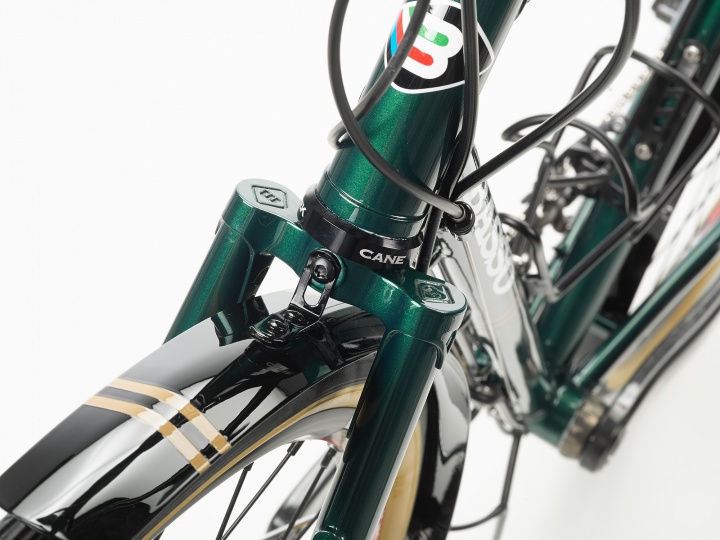 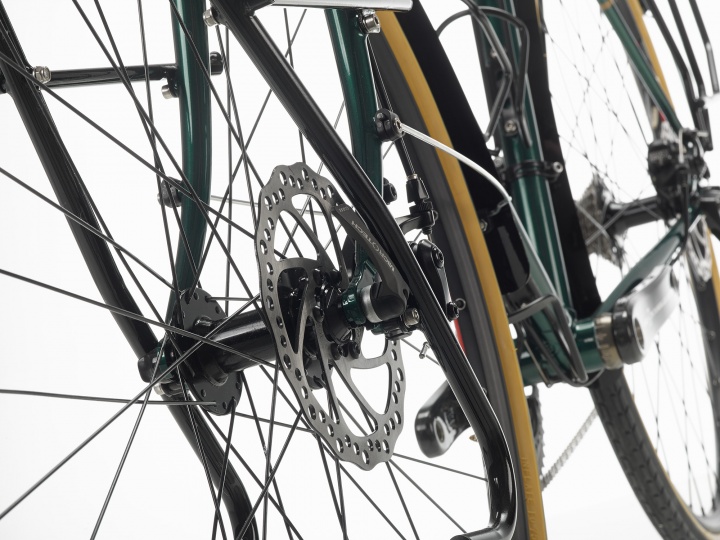 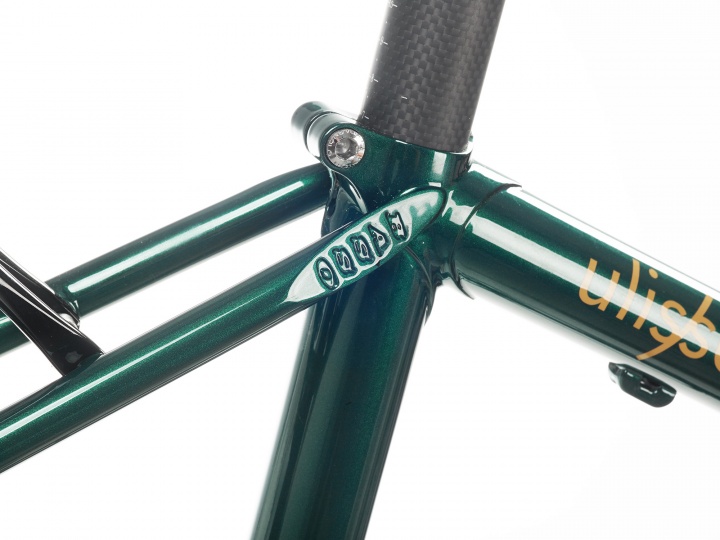 Like most touring bikes, the geometry of the Ulisse is relaxed and long. A tall headtube keeps the handlebar height in line with the saddle which tends to be better for all day comfort. A fork rake of ~50mm provides a rather high fork ‘trail’, slowing the steering response which suits carrying heavy bags on your tour.

To have a Basso touring bike in your possession, you’ll need to part with €2150 (frame and fork). It comes in six sizes between 50-60cm. 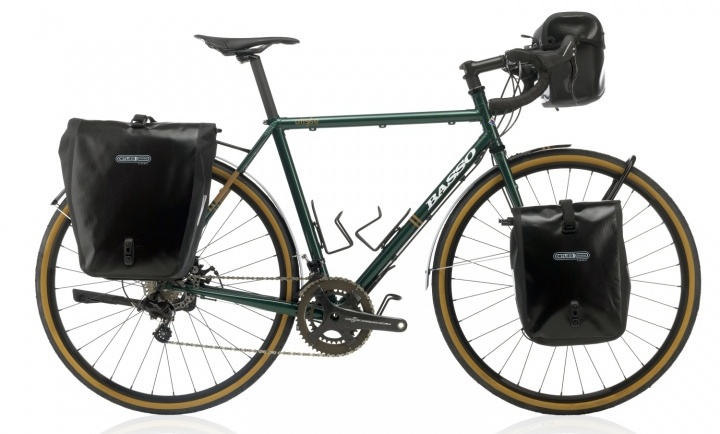