It’s been over five years since Cannondale had a touring bike in its line-up. I’m not sure of the reasons why they dropped their T-series bikes, but the good news is that they are back and called… the 2016 Cannondale Touring!

Cannondale are best known for their use of aluminium, a material rare in bicycle touring circles, but if used correctly it rides very well: it’s stiff, comfortable and lightweight. I’ve written extensively about frame materials in the past, and the consensus is that any material is good if it’s used well. Put it this way, I wouldn’t hesitate in bringing an aluminium touring bike on a world trip if it was made by Cannondale.

These Cannondales will likely ride slightly different to other touring bikes available; I consider them ‘light tourers’ because of the use of STI integrated shifters, road cranksets, higher-range gears and clearance for 40c tyres. Another way to look at it: they’re half way between a cyclocross and dedicated touring bike.

When comparing the frame geometry, Cannondale uses steeper angles and a shorter wheelbase to make their bikes feel faster without a load. This makes them more versatile (you could use it as a road bike/gravel bike too), but may limit you if you wanted to ride rough terrain with four panniers. Without a decent triple crankset and MTB cassette, you may be walking up those steep dirt roads! Click HERE to learn all about touring frame geometry and HERE to learn about touring bike gearing.

There will be two models available: 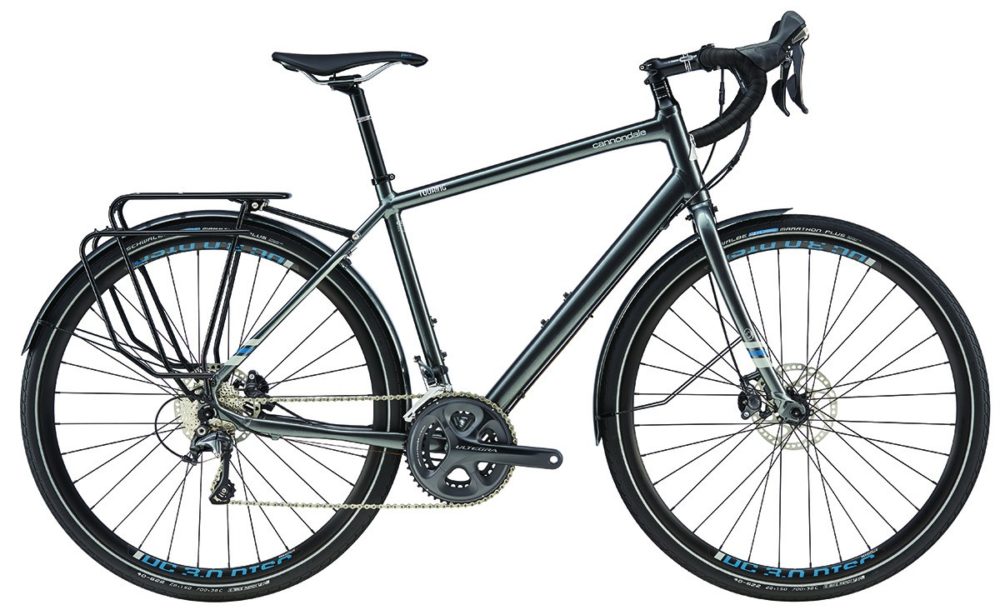 The Touring Ultimate features an extensive range of road bike components, including Shimano Ultegra 11s hydro shifters and a road compact crankset. With parts of this calibre, the Ultimate will be a good few kilos lighter than many steel touring options – perfect for a fast tour. Like most touring bikes there’s still provision for front/rear racks, mudguards and 3x bidon cages.

The Touring Ultimate will retail for US $2660. 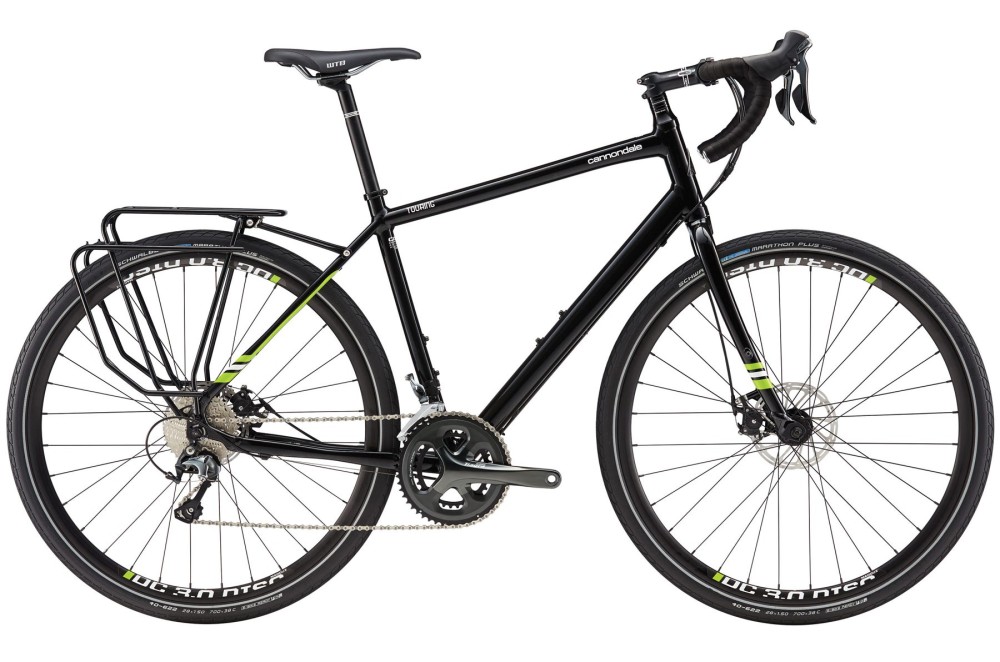 The Touring 1 utilises the new Shimano Tiagra 10s compact groupset. It offers a slightly wider gear range than the Ultimate (34-34 compared to 34-32) and cable disc brakes, so this could be the go-to model for riding in more remote locations. As you’d expect there’s provision for front/rear racks, mudguards and 3x bidon cages on this model.

Who are Cannondale’s Touring Bikes Best Suited to?

If you spend most of your time on sealed roads and keep away from steep climbs, you will find Cannondales touring bikes to be very fast and capable. These bikes are a few kilograms lighter than a standard touring rig, making them a true jack-of-all-trades that excel across many road disciplines. Don’t be wary about aluminium; these guys have been working with it longer than most. With a good choice of tyre, seatpost and seat; you will feel supremely comfortable cruising along on these bikes.

Here's how you might go about finding the perfect stiffness on your personal bikes.