The big S has just updated their Specialized AWOL touring bikes for the 2017 product year! It’s a minor update: there are some price rises and drops, one less model and a few specification switch outs.

The Specialized AWOL touring bike is the most off-road capable of Specialized’s adventure line of bikes which has been around since 2014. In comparison to other Specialized models, the 2017 Specialized Sequoia is a little more light touring oriented, while the Specialized Diverge is essentially a road bike with wide tyres. The AWOL is definitely the bike you want for a long haul tour or rough off-road sections.

The AWOL frameset features “swinger” dropouts that are adjustable by 15mm. This means you’re able to run 1×11, 2×11, 3×10, belt drive, internal gear, or single speed drivetrains with ease. The recent modifications to the swinger makes the AWOL frameset Rohloff compatible with a OEM2 axle plate. Belt-Rohloff touring bike anyone?

The AWOL’s have a great touring geometry including a low bottom bracket, long 455mm chainstays and slow steering speed (on par with other touring bikes). On the frame you’ll find 3x bidon mounts for all of your water needs as well as internal cable routeing for dynamo lighting. The AWOL is one of the most upright touring bikes available: it’s quite short and tall.

Here’s the scoop on the new models and changes. 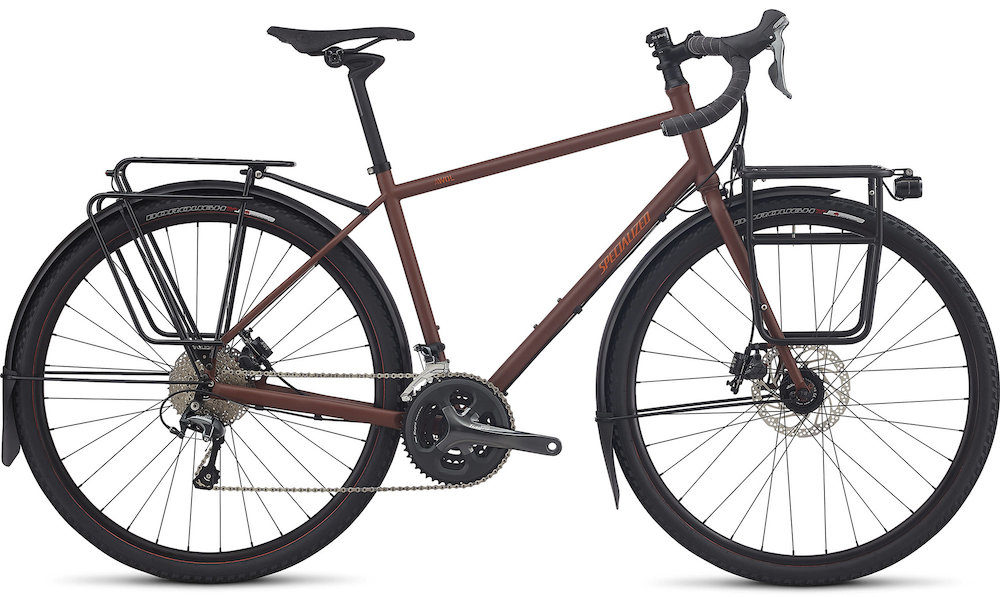 The 2017 Specialized AWOL Expert comes with dynamo lighting, racks and fenders out of the box.

The top-of-the-line 2017 Specialized AWOL Expert is relatively unchanged from last year, with the exception of the shifters and drivetrain. The bike is now using a Shimano Tiagra 3x crankset (50-39-30t) and 10-speed cassette (11-36t) in lieu of the SRAM 2x crankset last year. The benefit of the triple crankset is that it adds more gear range overall (23-127″), including some lower climbing gears and an extra gear at the top. In order to fit the large-sized cassette on, Specialized used a well-known hack where you match the cable pull of a 9-speed rear derailleur with a 10-speed shifter!

The Specialized AWOL Expert comes with all the touring goodies as standard, including racks (Tubus at the rear), fenders and dynamo hub gear like Supernova front/rear lights and The Plug 3 USB charger at the stem. Specialized have included routing for the dynamo cables inside the frame for a really clean look. Up the back, the Specialized CG-R flex seatpost will keep you really comfortable (these are recommended for ANY touring bike). 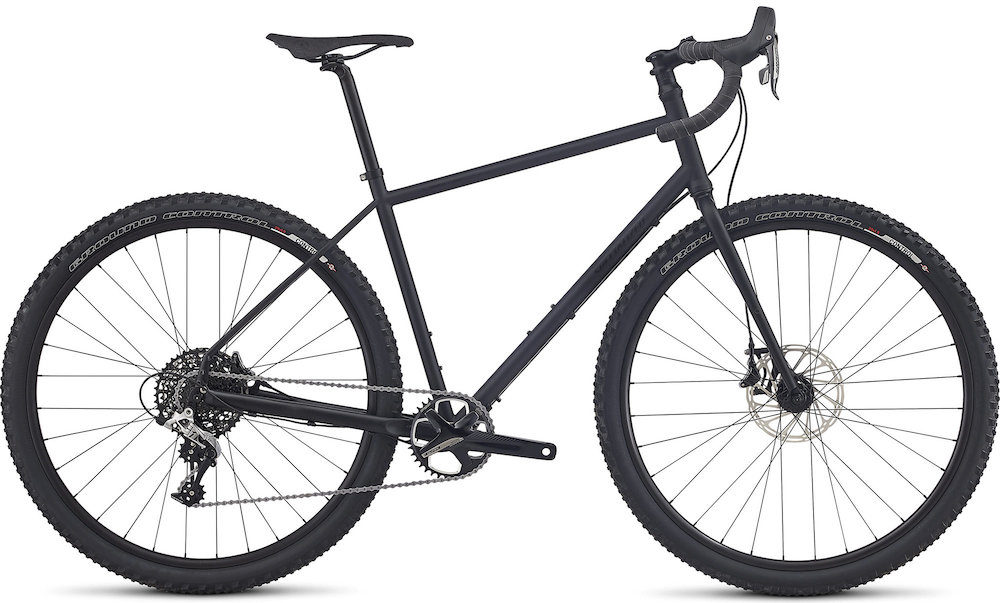 The 2017 Specialized AWOL Comp is the offroad-ready model.

The 2017 Specialized AWOL Comp remains almost unchanged from 2016. This model is ready for off-road adventures with its MTB tyres, hydraulic brakes and the 1x SRAM Rival drivetrain as standard. Despite not having a front derailleur, the drivetrain yields a 25-104″ range that could be lowered with a smaller front chainring if you were heading into the steep stuff.

Unfortunately the Specialized AWOL Comp has gone up a little, so it retails for US $2100. 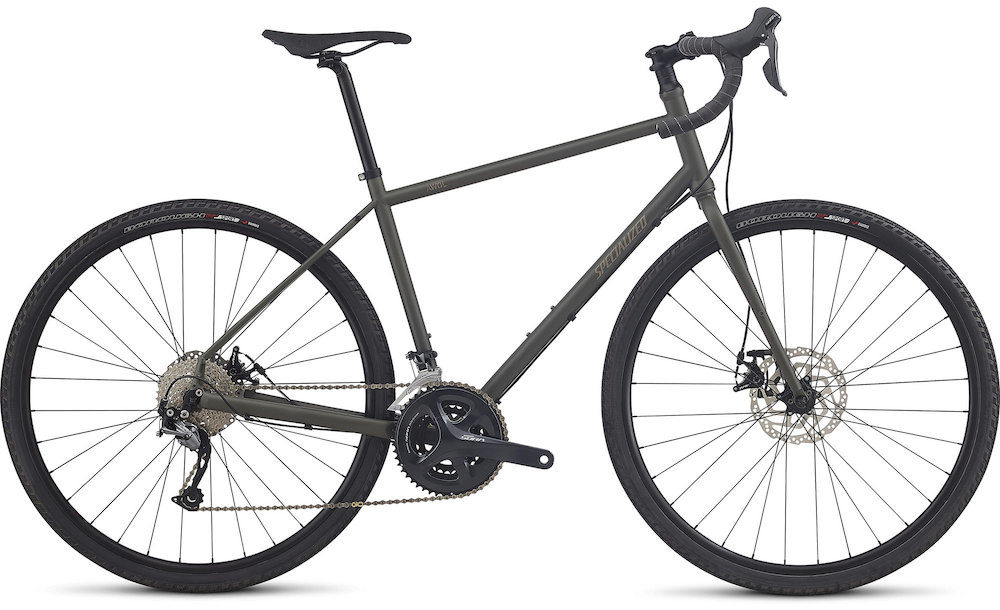 The base model 2017 Specialized AWOL has had a nice price drop to keep it competitive!

The bike that has benefitted the most this year is the base model 2017 Specialized AWOL. Not only has it received an upgrade to the latest Shimano Sora R3000 triple groupset, but it has had a price drop! The drivetrain has improved in terms of gearing too, with the same 23 gear-inch low gear as the AWOL Expert. The bike uses the awesome dual-piston TRP cable disc brakes to slow you down.

The price drop this year pegs the Specialized AWOL at US $1200.