For the last few years, Specialized has been delighting us with some quality touring bike options. The AWOL has been built in so many different ways, from belt-driven road tourer to 1×11 off-road machine. With a steel frameset, clearance for 29×2.2 tyres, rack/fender mounts and dynamo light options, 2016 Specialized AWOL is certainly versatile.

The frames have changed little over the last couple of years. They started off with Reynolds steel tube sets, but have recently switched to Cro-Mo (not necessarily a bad thing). There’s a little more fork trail across the board which makes them handle a bit more ‘touring’ rather than a ‘gravel’. There’s a new XS size and there’s been some recent mods to the dropouts.

The biggest limitation for using these bikes as heavily-laiden off-road tourers is the lack of low gears. A gear of around 20 gear inches has been a life saver for me so many times; I’d hate to not have that as an option. Competing bikes such as Surly, Salsa and Kona use triple cranksets (Shimano Deore, Andel RSC6, Sugino XD2) to achieve these low gears. 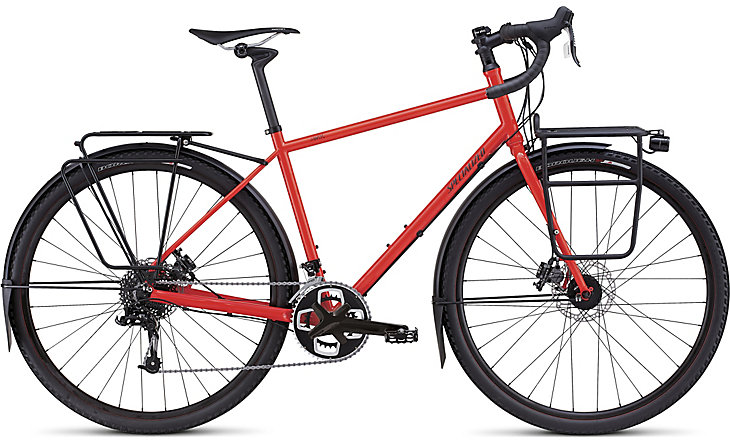 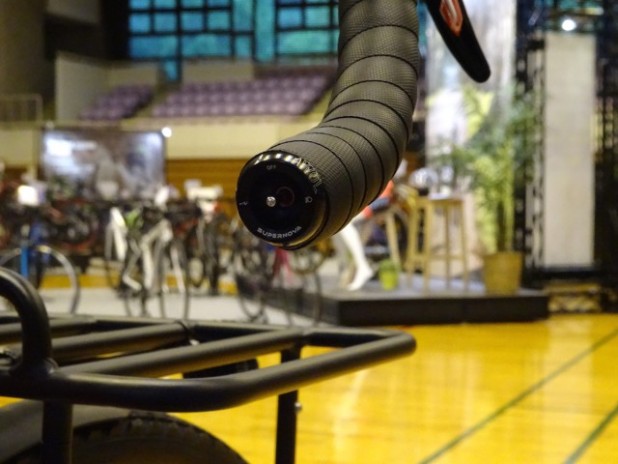 The dynamo light/charging switch is a neat addition to the Specialized AWOL Evo.

The AWOL Evo comes with a few features that make this bike totally awesome. My favourite feature without doubt is the dynamo light-to-USB-charger switch, which is integrated into the barend plug (image by Cycling-Ex.com). That is a collaboration piece made by Supernova for their E3 lights and The Plug III USB charger – it’s unfortunately not available aftermarket. All dynamo cable wiring is internal in the fork which is super clean. Another excellent part choice is the Specialized CG-R carbon seatpost, which offers huge amounts of vibration and big hit dissipation. 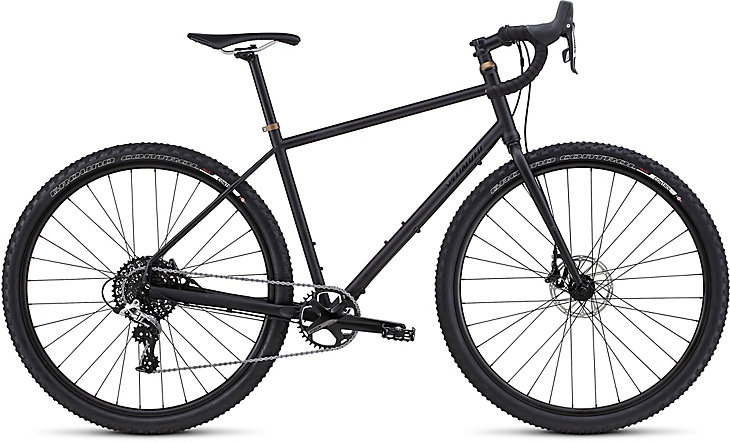 The AWOL Comp is the off-road ready machine, employing a SRAM 1×11 drivetrain and 29er mountain bike tyres. Despite the lack of a double or triple crankset, it has a surprisingly low gear of 25 gear inches. Monstercross! 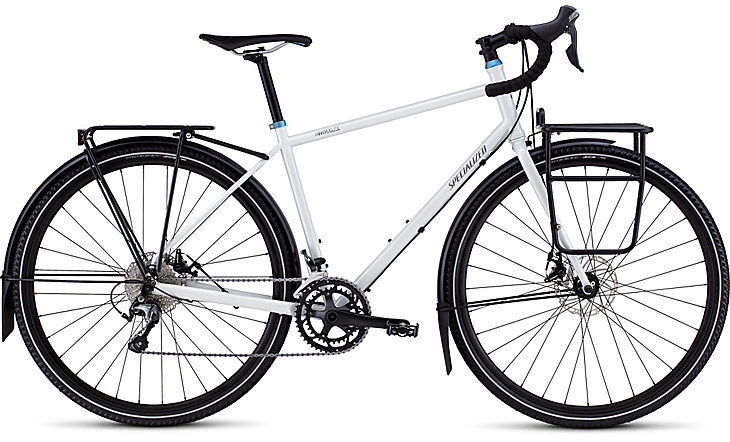 The AWOL Elite would make an exceptional road touring bike, coming with front and rear racks, cable disc brakes and mudguards. The US $200 upgrade over the AWOL gets you 10spd Shimano Tiagra parts, a Tubus rack and some mudguards. 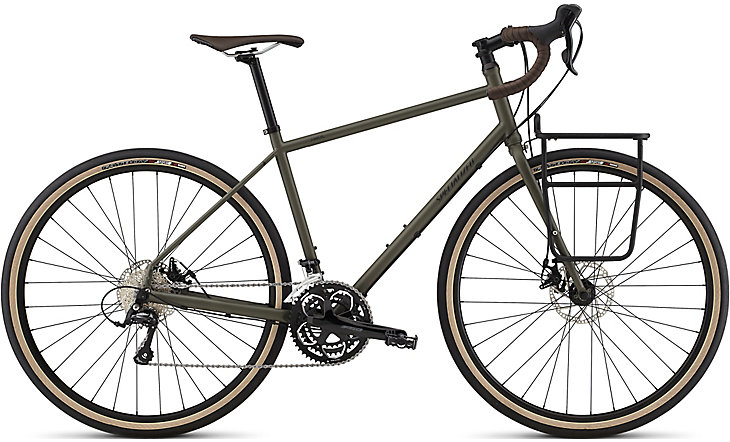 The AWOL uses a Shimano Sora 3×9 drivetrain which provides the widest gear range here. It would’ve been great if this bike came with barend shifters and a Shimano Deore crankset to compete more closely with the Surly Disc Trucker, Salsa Marrakesh and Kona Sutra. 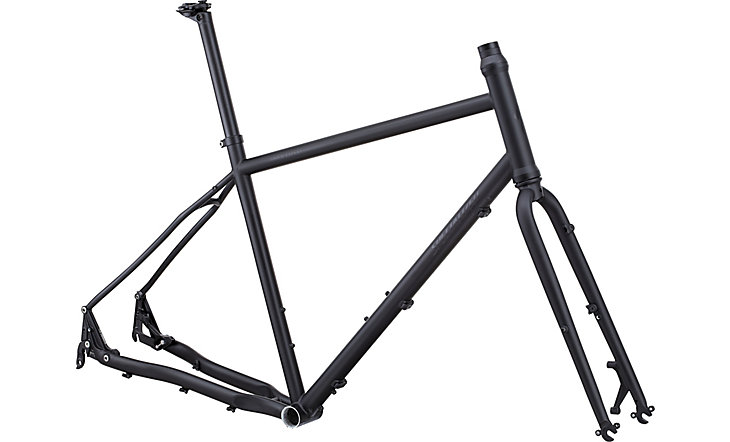 If you’re thinking of doing a custom build with an internal geared hub, this could be a great frameset option given how versatile the swinger dropouts make the bike. The “swinger” dropouts are adjustable by 15mm. This means you’re able to run 1×11, 2×10, 3×10, belt drive, internal gear, or single speed drivetrains with ease. The recent modifications to the swinger makes the AWOL Rohloff compatible with a OEM2 axle plate. Belt-Rohloff touring bike anyone?

At US $700, it’s a bit of a steal for a Rohloff/belt compatible touring frame with all the braze-ons.