You’ve already seen a couple of brand new 2016 touring bike options on CyclingAbout this year: the Masi Giramondo and the Marin Four Corners. But Bombtrack has done things a little differently. I like to call this type of bike, the 2016 Bombtrack Beyond, an off-road touring bike.

This relatively new category of touring bike is essentially a 29er (700c) mountain bike with a higher front end and provision for racks, lights and water bottle cages. The advantage of these bikes is that you can fit 2.3″ mountain bike tyres (great on rough roads) and still have lots of frame clearance for mud.

Other examples of bikes in this category include the Salsa Fargo, Surly Ogre, Trek 920 and Co-Motion Divide. 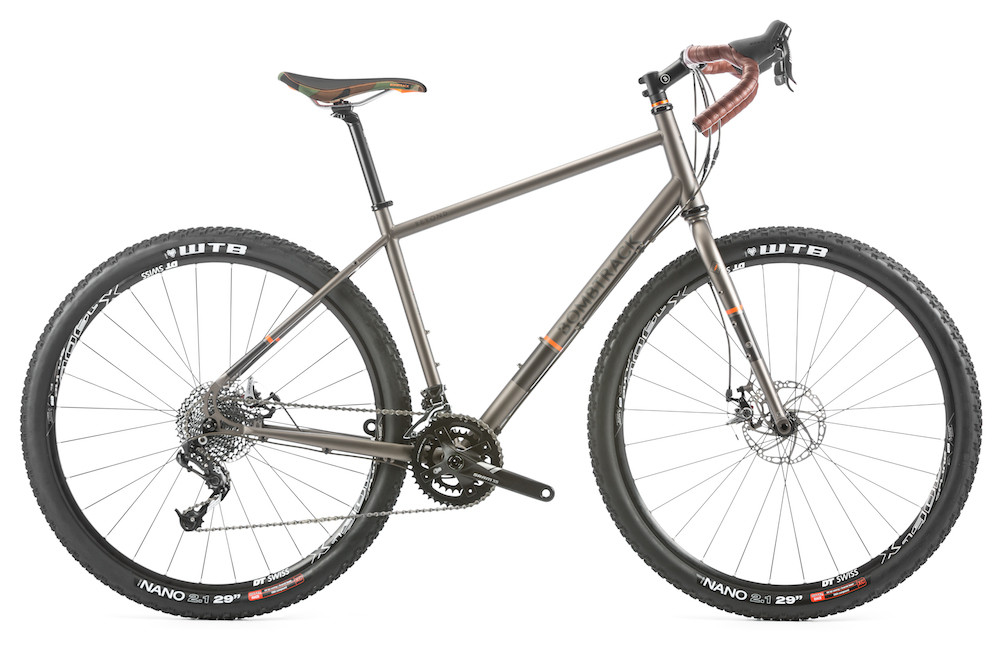 The 2016 Bombtrack Beyond Touring Bike

29 inch wheels are great for dirt road riding, given their large diameter and air volume. If you’re spending more time on roads you can easily switch to 700×40 Schwalbe Marathon tyres for a bit less resistance. This bike is pretty versatile.

The frame is made with oversized Columbus Cromor double-butted steel tubing (called Columbus Matrix pre-1990; alloying elements include chromium and molybdenum) which although not light, builds up super rigid and stable – great for off-road touring. The fork and headtube are tapered, which is supposedly stiffer, but really it just allows Bombtrack to use that large diameter downtube. I’d expect the Beyond frames to come in between 2500-3000g. 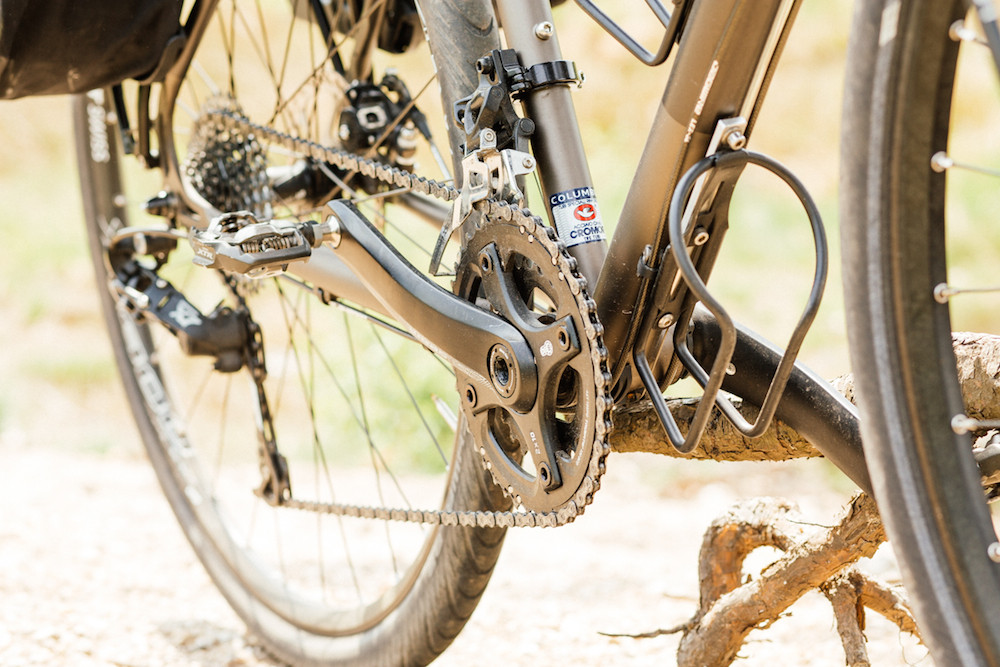 Drivetrain photo of the Bombtrack Beyond. 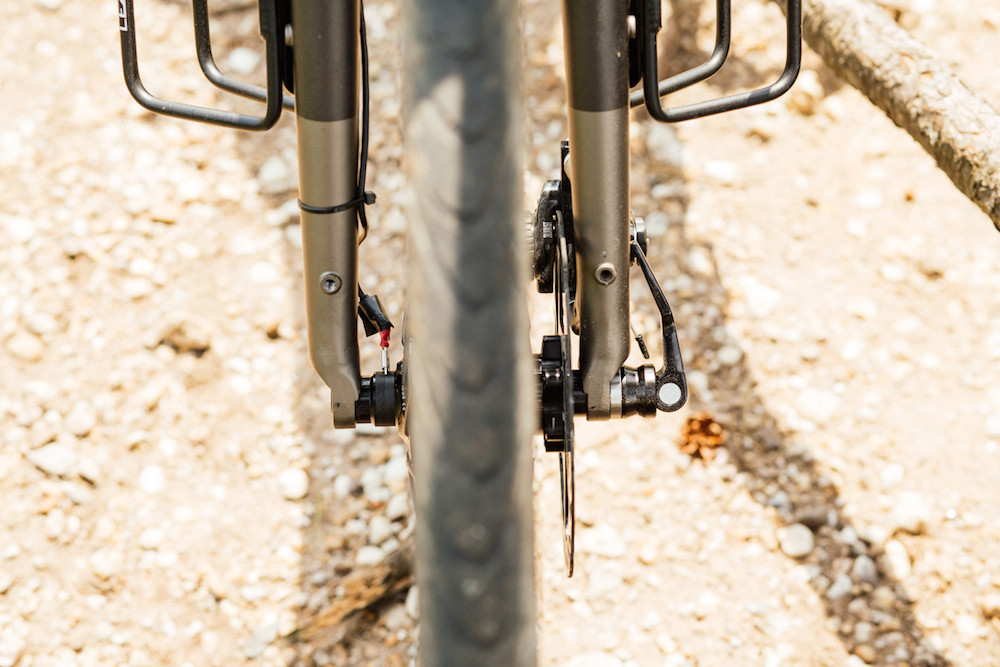 Fork eyelets on the Bombtrack Beyond.

There’s provision for front and rear racks, 3x bidon cages and even Salsa Anything drybag cages on the fork. The Beyond will be specced with a SRAM 2×10 drivetrain, TRP Spyre cable disc brakes, DT Swiss X1900 wheels and WTB 29×2.1 Nano tyres. It should be available this September, in four sizes with a retail of US $1999.

What are your thoughts? Do you have space in your fleet for an off-road touring bike?