One hundred and thirty years ago, Edoardo Bianchi started a bicycle manufacturing business in Milan, pioneering the use of equal sized bike wheels with pneumatic tyres. Over a century on and Bianchi is the oldest bicycle company in existence with an unbelievably rich cycling history and know-how when it comes to bikes.

Just recently, Bianchi introduced a range of bikes that they call All Road; I prefer to think of them as light touring bikes. These bikes are essentially a hybrid of touring and road bikes, with sharper steering, a shorter wheelbase, narrower tyres, lighter weight parts and less low gear ratios. They all have provision for front and rear racks and fenders.

The Volpe and Lupo models share the same 4130 steel frame and fork, while the Volpe Disc is modified in favour of disc brakes. At around 12kg for each of the models (plus and minus), these bikes would make excellent commuters and road bikes too (with a tyre change). The steering isn’t as sharp as a road bike, nor as dull as a touring bike – it works out to be somewhere in between.

Perhaps the biggest downside to this range are the short chainstays (406-418mm), which can be problematic if you’re wanting to use rear panniers as your heels may not clear the bags. A better setup for these bikes is a bikepacking saddle bag, plus two front panniers. 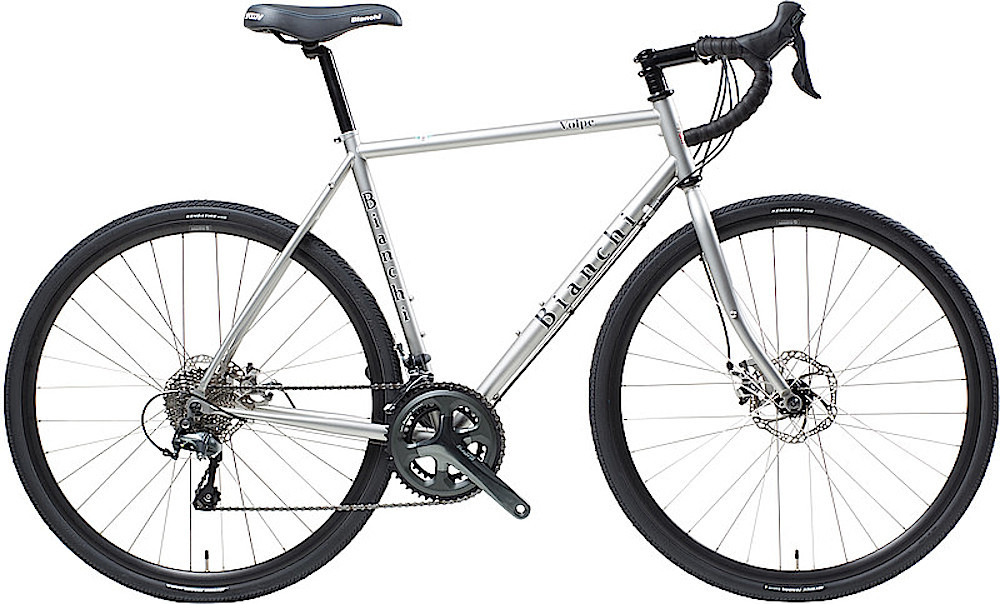 The 2016 Bianchi Volpe Disc is the top model in the touring range, featuring the latest Shimano 10-speed Tiagra gearing from top to bottom. Tiagra 4700 is an excellent performer as just this year it just received lots of new tech from the upper level Shimano groupsets. The lowest gear is 29 gear inches, which may not be low enough for loaded touring. It’s possible to get it down to 25 gear inches with a MTB derailleur and cassette, or 22 gear inches if you swapped the cranks out for a compact plus setup. 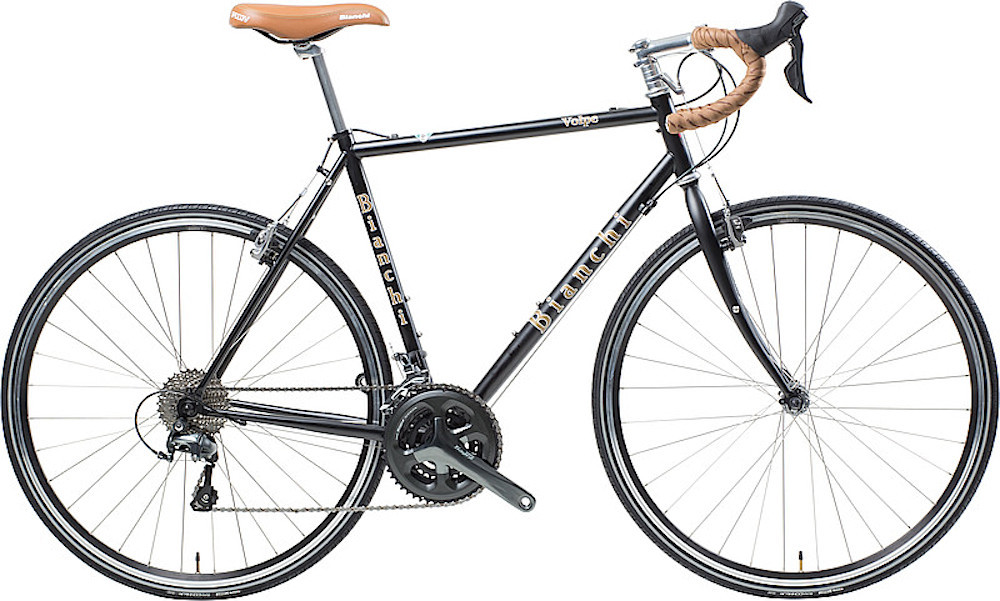 With the exception of the disc brakes, the 2016 Bianchi Volpe is almost the same as the top model. Interestingly, Bianchi opted for a road triple Tiagra 4700 groupset on this model, which offers lower gear ratios than the disc model. The lowest gear is about 25 gear inches, but can be reduced with these modifications. 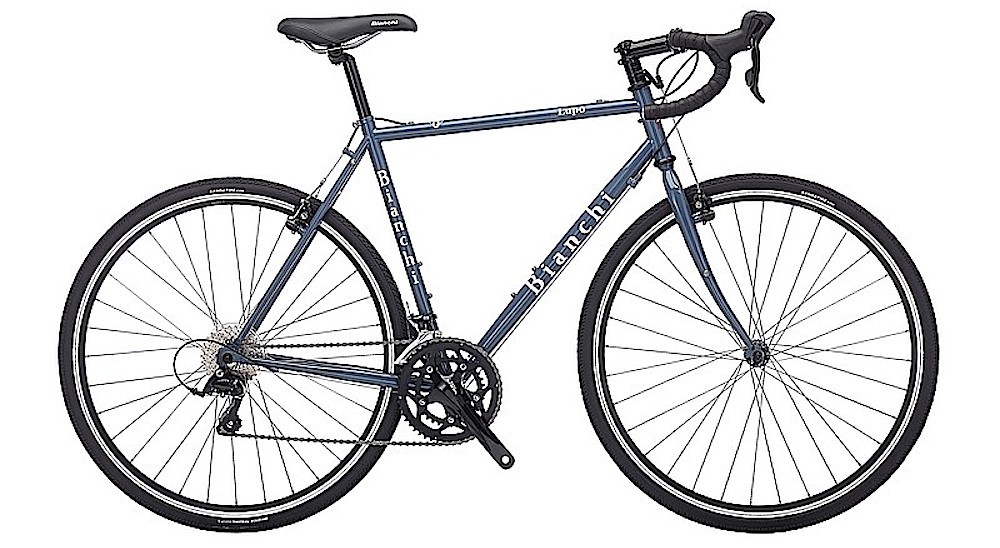 The Lupo uses the same frame as the Volpe, but comes with Shimano 9-speed Sora parts in lieu of the new 10-speed Tiagra. Other part differences to the Volpe include a lower quality saddle and more basic Kenda tyres. This model comes with a compact crankset and 11-32t cassette with a low gear of 29 gear inches. As the groupset is 9-speed Sora, you can swap out the drivetrain to mountain bike derailleurs, cranks and cassettes without ANY issues with compatibility if you did need lower gear ratios. 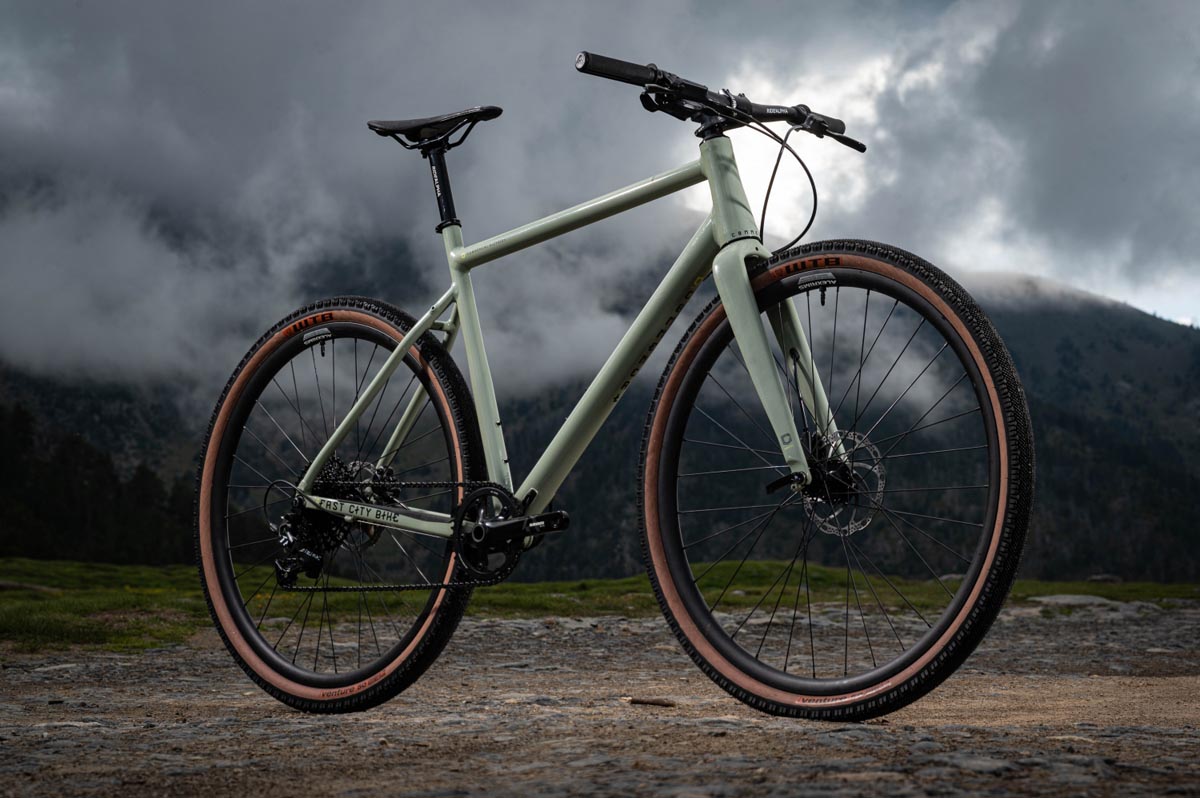