Bombtrack is just six years old… but what they lack in history, they more than make-up with their 2019 Bombtrack Beyond touring bike range. With five different steel bikes on offer, Bombtrack pretty much cover all of the niche categories of on-road and off-road touring bike.

The changes this year are largely just a bunch of minor updates. Bombtrack also dropped the Beyond XPD model, presumedly because it was a little too similar to the Arise Tour.

The 2019 Bombtrack Beyond Touring Bike Range 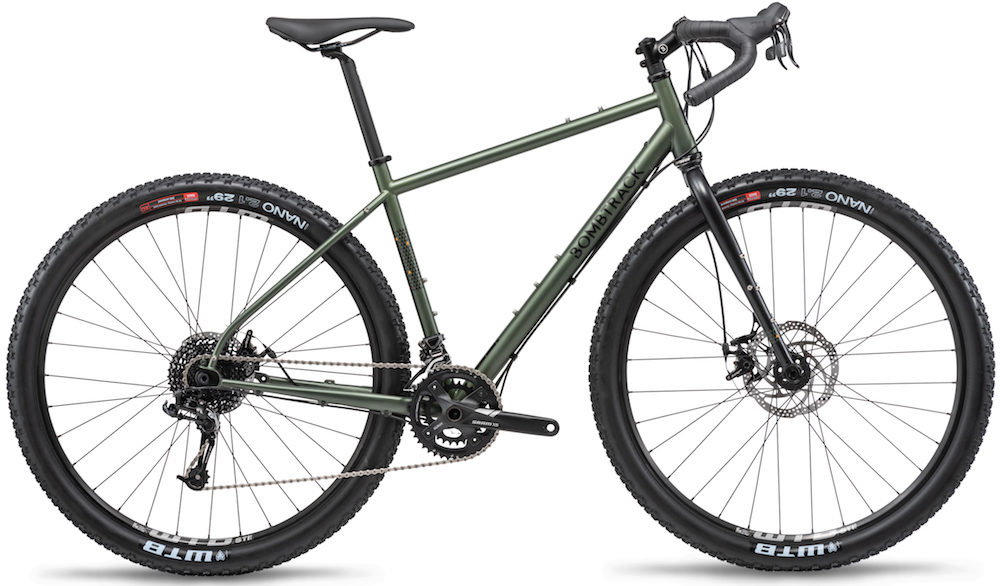 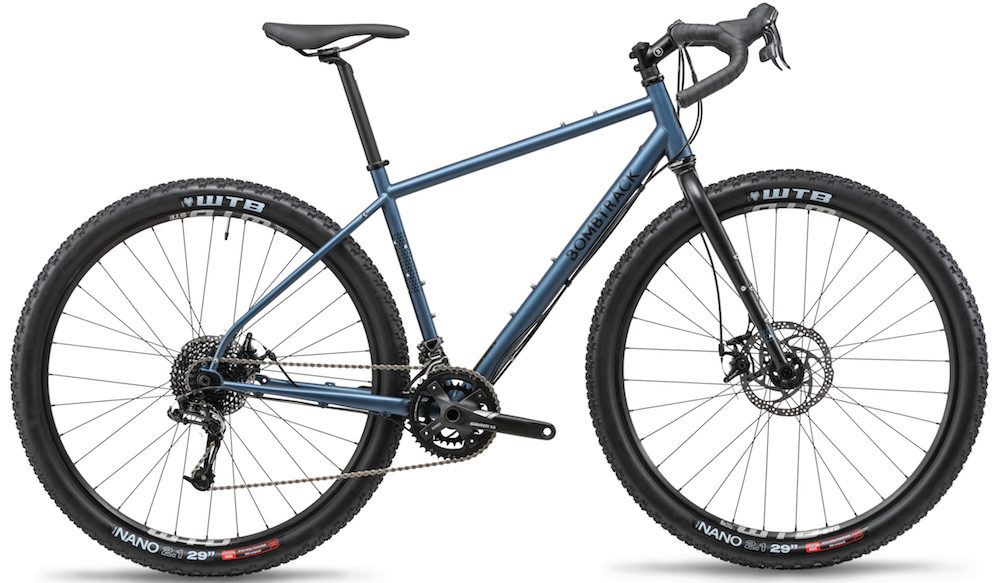 Bombtrack’s original touring bike, the Beyond 1, has received a new colour option and it’s no longer belt drive compatible, but otherwise, the bike remains unchanged from the previous model year. The frame has some pretty nifty features including Rohloff hub cable routing. It also offers eyelets for front/rear racks, a direct-mount top tube bag, 5x bidon mounts and 3x triple boss cargo cages. The great thing about the Beyond is that you can dress it up with fenders and slick tyres for road use, or go as wide as 29 x 2.25″ for any off-road duties. 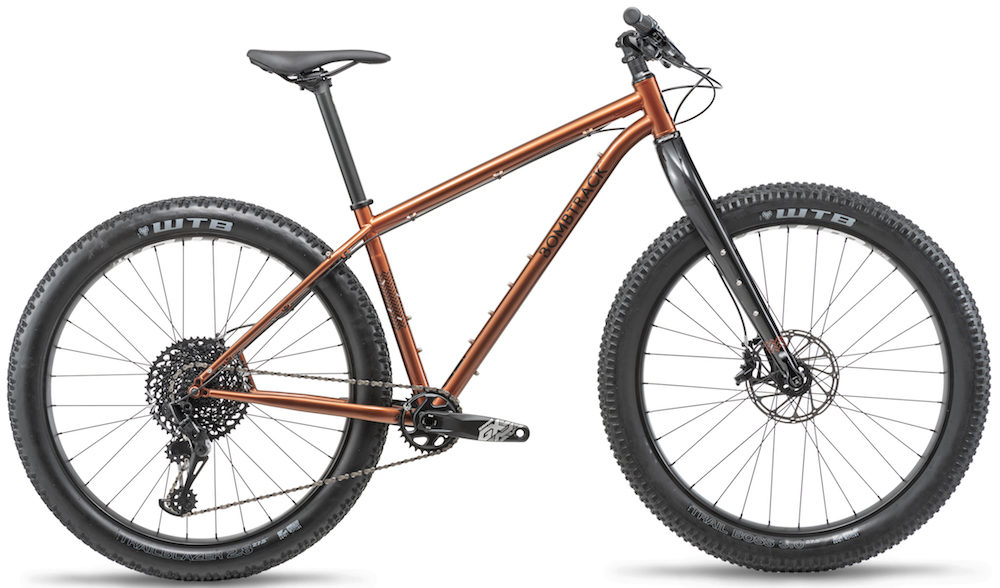 The Beyond+ 2 is a different beast entirely. The 27.5 × 2.8″ tyres are designed for maximum grip in all kinds of conditions. It uses a flat handlebar and short stem to get maximum steering leverage, helping to change the bike’s direction with a heavy front load. The geometry of the Beyond+ frameset has received a little tweak this year which results in a taller front end and better compatibility with a suspension fork.

The drivetrain is SRAM GX 1×12 with the monster 10-50t cassette up back. That offers an 18 gear inch smallest gear capable of climbing at 5km/h at 60 RPM – perfect for off-road terrain. A carbon fork adds to the price but saves a decent amount of weight.

The Beyond+ 2 works out at 13kg and will retail for 2,599€. It’s unfortunately not available via the USA distributor, but can be sourced from distributors in both Canada and Europe. 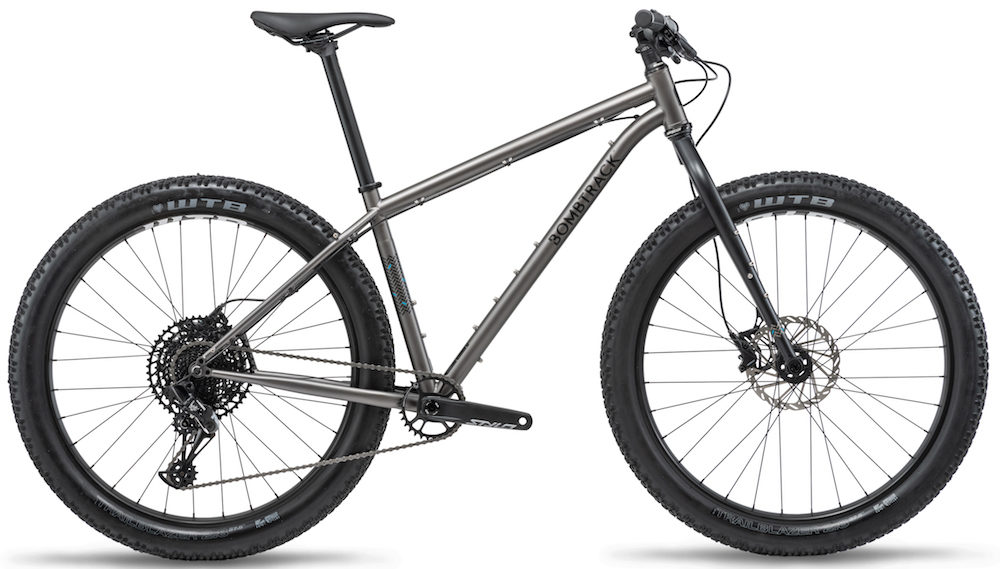 The Beyond+ 1 is the better value prospect of the plus-series bikes. It shares the same frame as the Beyond+ 2 but instead uses a heavier steel fork up the front. The biggest change to the Beyond+ 1 this year is the upgraded 1×12 SRAM NX drivetrain with 11-50t cassette. The climbing speed in the smallest gear now works out to be 5km/h at 60 RPM (18 gear inches). 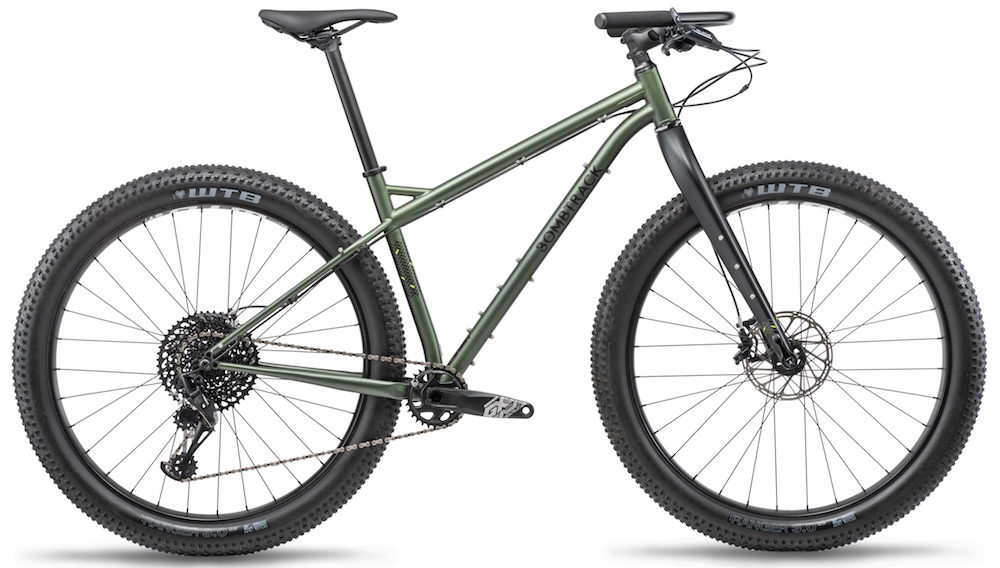 If the above 27+ bikes are like jacked-up jeeps, the Beyond+ ADV is the monster truck of the range. It uses 29×3.0″ tyres that offer unparalleled traction and ability to roll over rough terrain. The Beyond+ ADV is essentially the same specification as the Beyond +2 as it has a full carbon fork and SRAM Eagle GX 12-speed drivetrain. With the larger tyre rollout, the Beyond ADV offers a climbing speed of 5.5km/h @ 60RPM (19″ gear).

Interestingly, Bombtrack suggest the Beyond+ ADV is 200g lighter than the Beyond+ 2, but I’d guess it’s likely closer to 1000g heavier (14kg). If you’re seeking out the roughest trails, this bike will be the pick of the bunch. It’s unfortunately not available via the USA distributor, but can be sourced from distributors in both Canada and Europe. 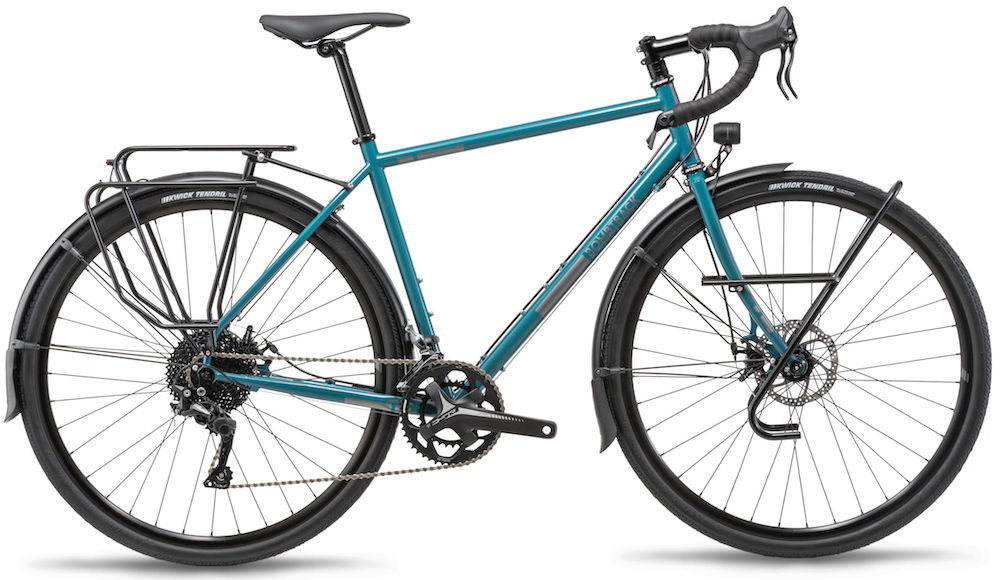 The Bombtrack Arise range is intended for city use, but the Arise Tour is a tweaked variation that offers a longer wheelbase, longer chainstays, bigger fork offset and lower bottom bracket. It’s a super capable road touring bike that’s set up with Tubus racks, 36 hole rims, Supernova dynamo lights and full fenders from the factory.

The gears are now changed via 10-speed barend shifters mated to an MTB rear derailleur and 46-30t crankset. This offers a smaller climbing gear of 23″ (compared to 26 gear inches last year) which equates to a 6.5km/h climbing speed at 60RPM cadence. The brakes are still the brilliant TRP Spyre dual-piston cable discs.