The Specialized Sequoia created a whole lot of excitement last year when it was first unveiled. Essentially a toned-down version of the AWOL, the 2018 Specialized Sequoia bikes are an excellent choice for bikepacking, light touring and gravel riding. Given the specification is built to be light-ish, I generally recommend carrying a load of no more than 15kg (33lbs) on adventures with these bikes.

The carbon fork is one of the highlights on the Sequoia Elite and Expert models. With a tapered steerer, internal cable routing, internal light routing, rack and fender mounts, a thru-axle and ‘flat mount’ disc brake tabs – it looks great and is really functional too. The fork can even squeeze in a 50mm tyre! The entry-level Sequoia misses out on this great carbon fork, instead using a steel replacement to keep costs down.

The Sequoia models are available in six different sizes. Each frame size uses a different blend of steel tubing to achieve the same ride ‘feel’, and the frames even use threaded bottom bracket shells (woo!). Eyelets are everywhere, including some mounts for a rear rack, fenders and a third bidon cage under the downtube. I particularly like the way the brake and gear cables are managed really neatly under the downtube. 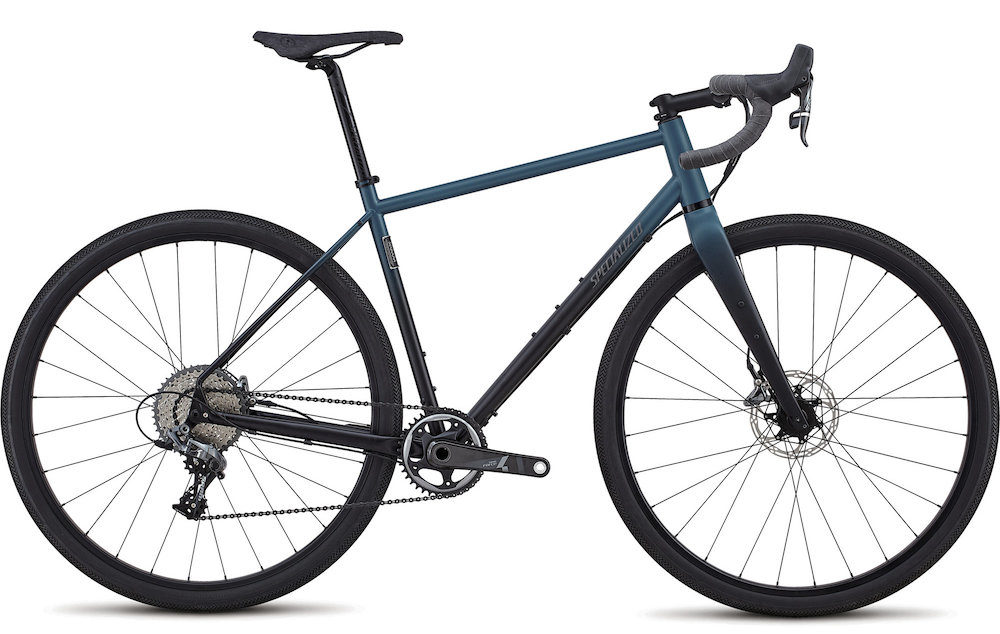 The top model, the Sequoia Expert, is built with a SRAM Force 1×11 groupset which includes hydraulic brakes and a carbon crankset. The 38t front chainring and 11-42t cassette yields a 25 to 96″ gear range which will be suitable for most dirt road riding. The flagship model uses a Specialized Cruzero wheelset which is designed to have the same length spokes on both the drive and non-drive sides, for both the front and rear wheels. Pretty cool! The 2018 Specialized Sequoia Expert has dropped $200 for 2018 and is now US $3300. 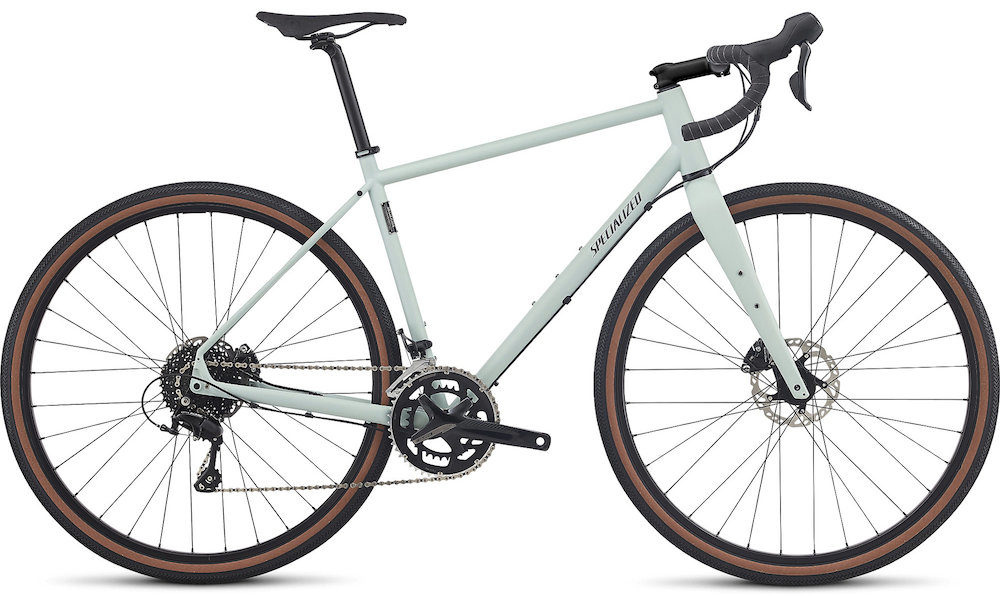 The mid-range Sequoia Elite comes with a Shimano 105 11-speed road groupset with hydraulic brakes. With an FSA Gossamer Sub-Compact crankset shifting between a 48/32t rings, the smallest gear matches that of the Expert (25″), but this bike has a better top-end gear ratio of 122″. Surprisingly, the mid-range Sequoia Elite received an even bigger price cut (20%) than the top model for 2018. You can get the 2018 Specialized Sequoia Elite for US $2000. 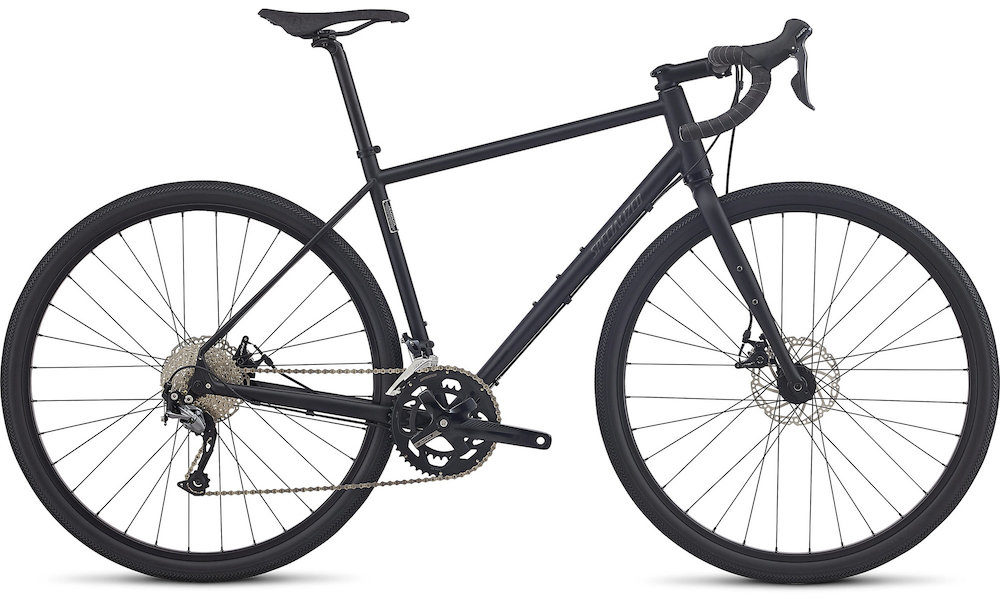 The entry-level Sequoia is still a killer bike. It’s built around Shimano Sora 9-speed road shifters and an Alivio 9-speed mountain bike derailleur. This convenient matchup allowed Specialized to fit a 36t cassette up the back, which when mated to the sub-compact cranks achieves a 25-111″ gear range. The base model uses the same decent wheelset as the Expert, as well as many of the components. You can ride the 2018 Specialized Sequoia for US $1350. 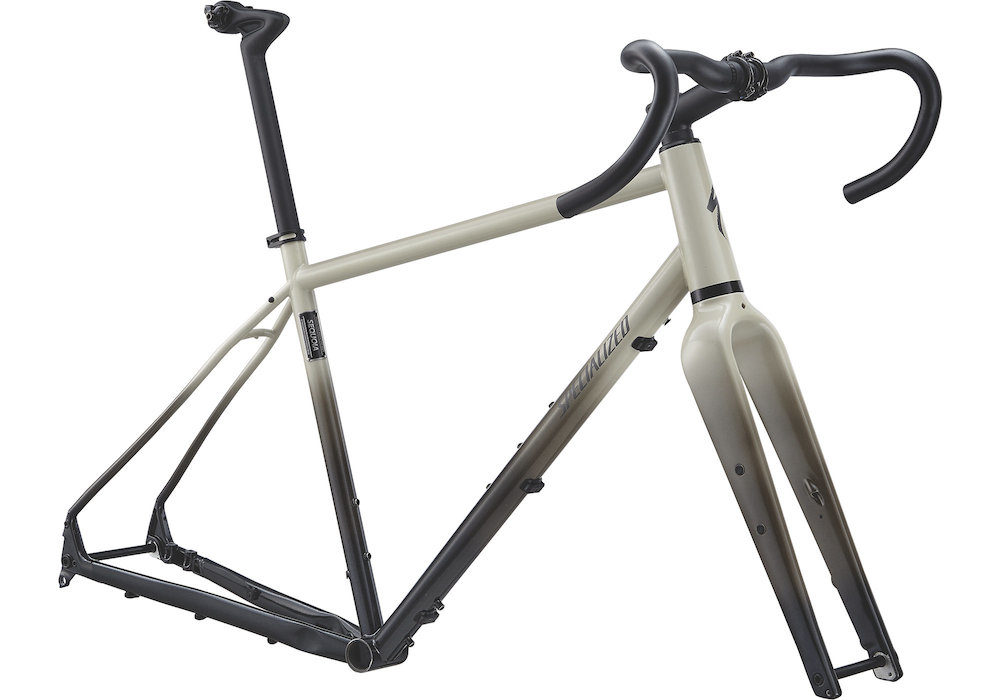 Not taken by any of the complete Sequoia bikes? Well, Specialized is offering the Sequoia frameset with a carbon CG-R seatpost, bar, stem and headset. Build it up however you like! You can get the 2018 Specialized Sequoia Pro Module for US $1500.

How Is The Sequoia Different To The Other Specialized Adventure Models?