Trek has a long history of building bikes you can travel with. Their longest-running bike model, the ‘520’ touring bike, has now been in production for 35 years. When we combine Trek’s history with their recent expansion to include seven different touring bikes, it’s no surprise to see the new 2018 Trek 1120 join the ranks.

In the last decade, fat bikes have been pushing the boundaries with the type of terrain possible – namely snow, sand and gravel. The downside to fat bikes is that they’re often heavy and the tyres roll rather slow when compared to standard mountain bike tyres (twice the rolling resistance). This has spawned a new bike category over the last few years that offer capable 2.80-3.00″ wide tyres that roll faster yet are still ultra grippy.

Called 26+, 27+ or 29+ depending on the rim diameter, ‘plus’ bikes manage to roll pretty well, tackle loose surfaces and will absorb the majority of hits. 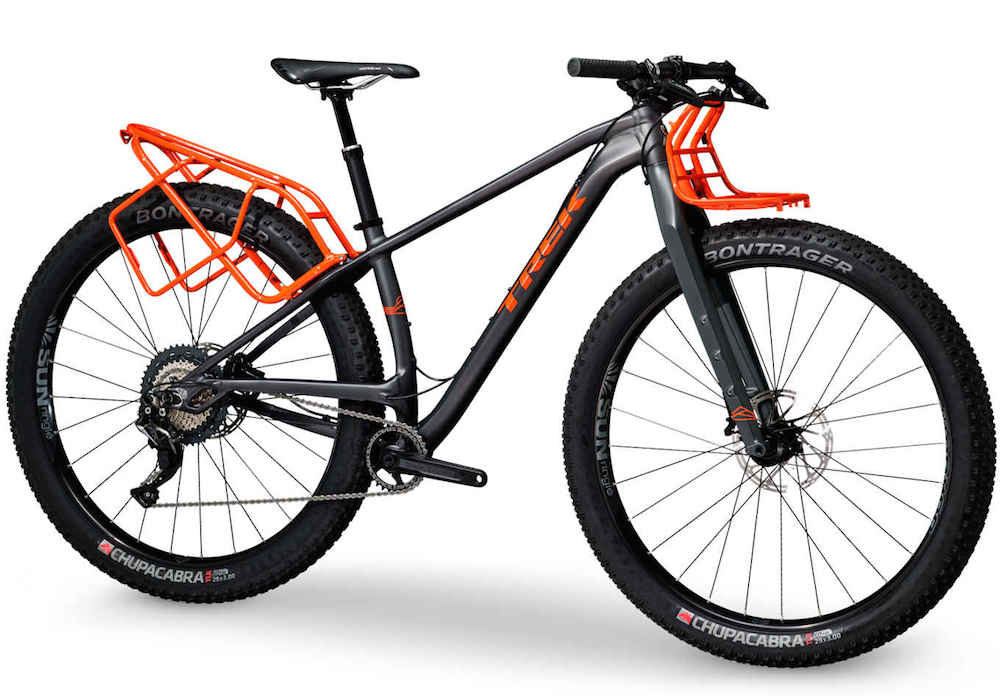 Plus bikes aren’t new to Trek. The Stache 29+ mountain bikes were the first plus models announced back in 2015, and that’s the very bike that the 2018 Trek 1120 is based on. Other than the addition of the cargo cage frame and fork mounts, the bike’s geometry is a little different too. The handlebars sit higher as well as closer to the rider for all-day use. The chainstays have been extended to provide better stability for climbing steep hills. 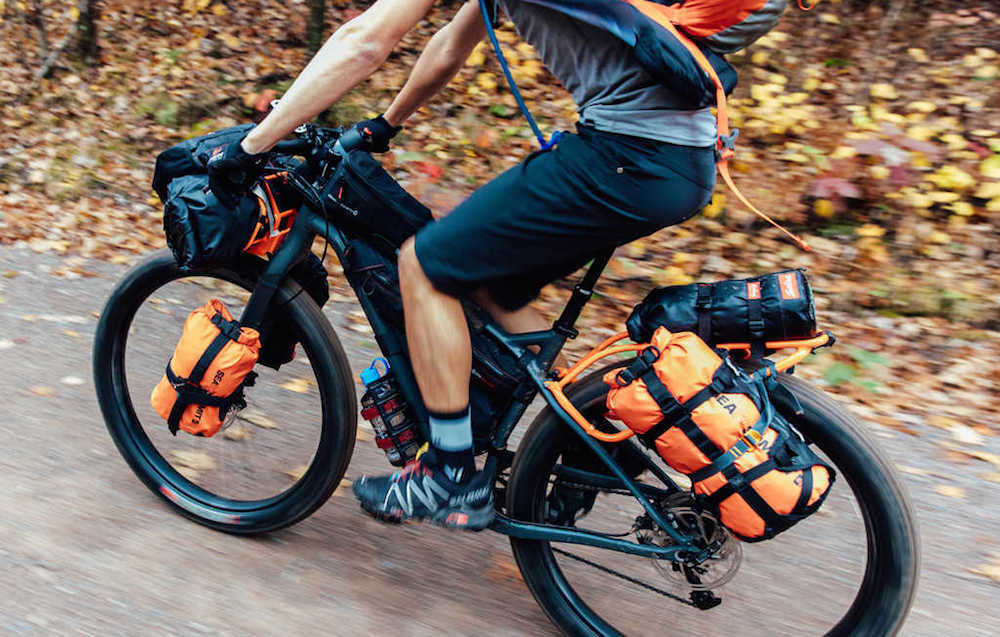 The proprietary rack system is perhaps the most striking part of the bike, firstly because it’s bright orange, but also because it’s a unique design. Rather than employing ‘strap on’ bikepacking bags, these racks are designed to support lightweight dry bags. The cradling front rack sits just above the front tyre, keeping the brake and gear cables free from getting squished. With rigid racks, your drybags won’t have the opportunity to jump about on the rough trails either. The rear rack has another purpose: it allows the fitting of a ‘dropper’ seatpost. 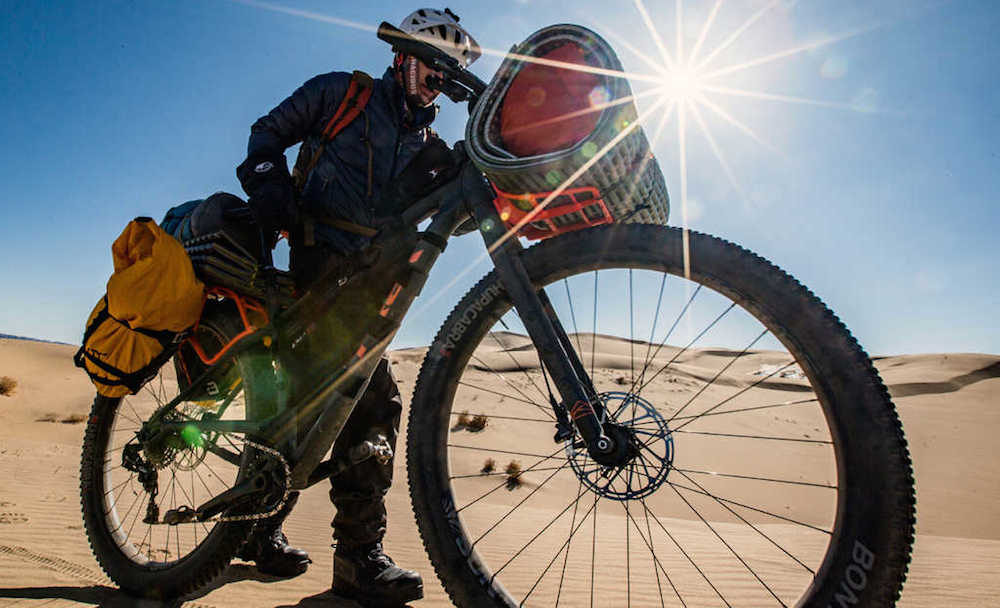 A button on the handlebar moves the seat up and down 125mm while you’re riding. While I’ve never felt the need for a dropper post on my adventure bikes, they do allow inexperienced riders to confidently tackle steep off-road descents. The wide-range 11-46t cassette and 30t front chainring get the gears right down to 19.5 gear inches, which should be adequate for most off-road climbs. 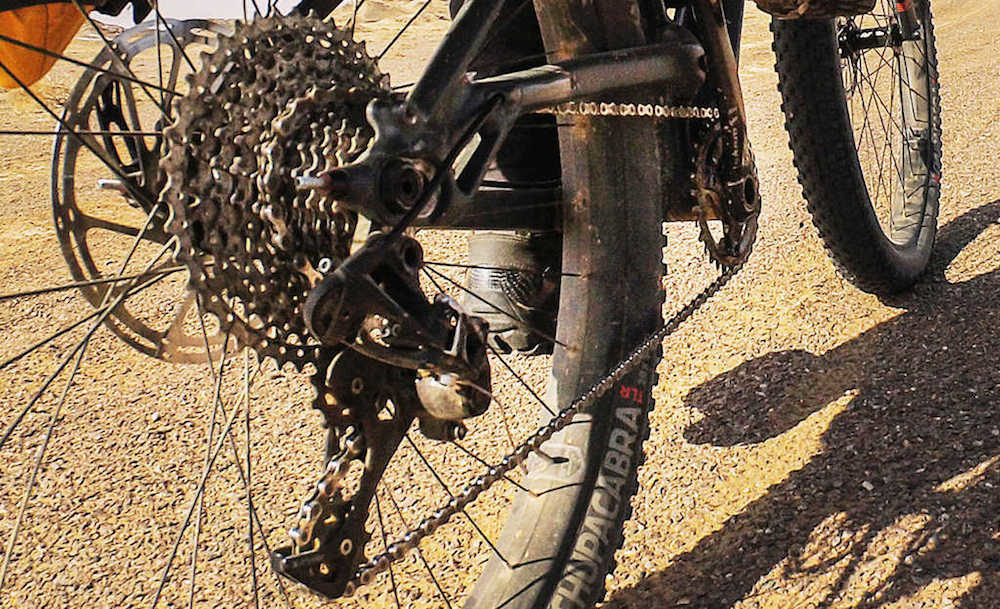 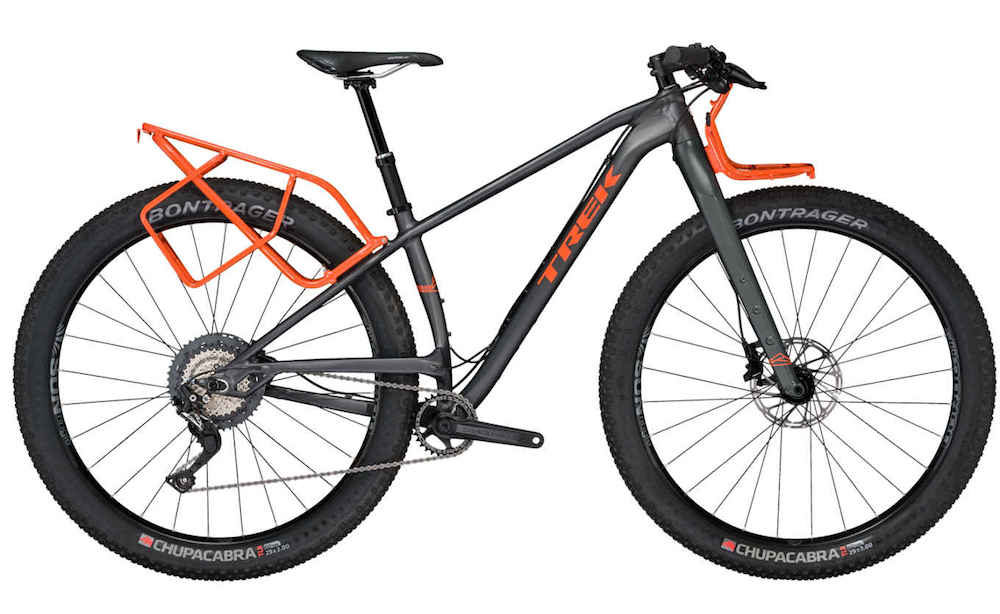